USB3.0 has seized the market. Since Sharkoon was the first provider to introduce a USB3.0 controller and equip the Sharkoon SATA QuickPort USB3.0 hard drive docking station with this terminal as a standard port, the accessory specialist now introduces a USB3.0 variant model to its popular QuickPort series: 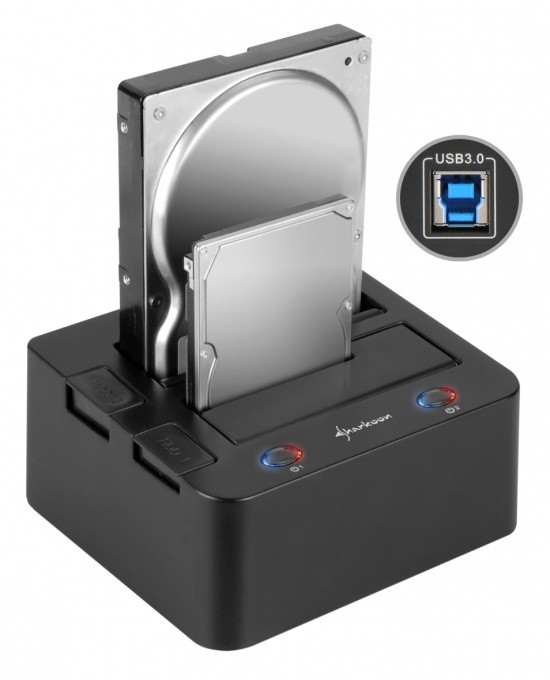 The Sharkoon QuickPort Duo is now available with SuperSpeed USB. Like the previous models of the QuickPort series, the QuickPort Duo offers convenient and direct access to SATA hard drives. However, the Duo model offers two chambers for SATA hard drives for both 2.5" and 3.5" formats in which two data medians of the same or different formats can be operated on the computer at the same time. The hard drives are simply plugged into the sturdy table adapter and instantly recognized by the computer as an accessible drive. 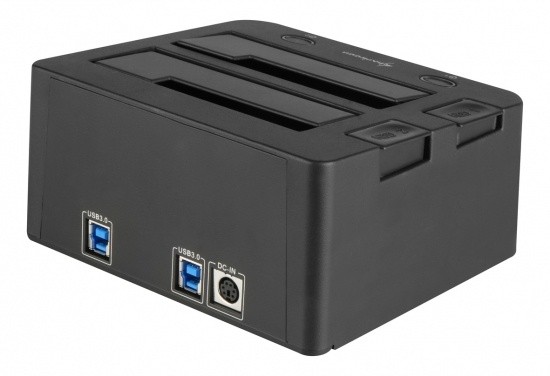 Both QuickPort USB3.0 models introduced so far have passed the functional and compatibility test conducted by the Motherboard manufacturer Gigabyte and bear the certificate "Compatible with Gigabyte USB3.0 Motherboards." In commitment to the market development of new interface standards, Gigabyte lists on their website all compatible USB3.0 devices of other providers.
(http://www.gigabyte.com.tw/FileList/WebPage/mb_usb3mb/data/mb_usb3_devices.htm)