MSI G-Series and C-Series of laptop computers have reached a new apex in their evolution. The first NBs equipped with Intel's new generation Calpella platform to be shown at CES 2010, both series come with Intel's most advanced family of New Core processors and Microsoft's Windows 7 operating system. They also come with cinema-class screens coupled with top-end Surround Sound for maximum audiovisual enjoyment. 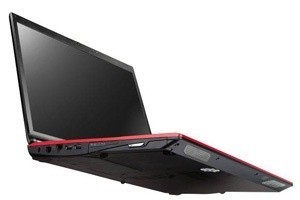 As good as it gets
MSI will be showing its latest generation of laptops at CES 2010. The Classic Series includes 14" to 17" NBs (CR420, CR620, and CR720). The G-Series of gaming notebooks consists of GT740, GX740, GE700, GT640, GX640, and GE600. Both series incorporate Intel New Core processors paired with superior visual display units which kick NB performance up a few notches, so that you can kick back and truly enjoy audio and visual entertainment.

Audio/visual performance that rocks
MSI's GT640 and GT740 come equipped with Windows 7, the latest Intel Core i7 quad processor, and the advanced nVIDIA GeForce GTS 250M 3D discrete graphic card (DDR3 1GB of display memory) as well as the most advanced hard/software to meet the ultra-high performance processing needs of the serious gamer.

The hardware/software of members of MSI's G-Series, such as GX640, GX740, GE600, and GE700, have evolved to new levels. They come equipped with Intel's latest Core i5 dual core processors and industry-leading ATi Mobility Radeon HD 3D discrete graphic cards (1GB VRAM) which support Direct X 11, giving these NBs the best display performance in the world in terms of rich colors and clear pictures.

MSI's all-new Classic Series of laptops, which includes the CR420, CR620, and CR720,incorporates the latest in soft/hardware, such as the Intel NEW Core i5 duo core processor which allows these NBs to outperform predecessors by a minimum of 30%. In addition to the aforementioned specs, G-Series NBs are equipped with Intel's NEW Core processors which include the latest Turbo Boost technology to distribute system resources efficiently and the all-new Intel Hyper-Threading technology to crank up processor efficiency. The Smart Cache technology and the Graphics Media Accelerator HD technology boost performance of multimedia image accessing and operations. So whether you're saving the universe at the controls of a 3D game or taking in a film, MSI's overclocking technology will take you there.

Award-winning aesthetics
MSI's all-new Classic and Gaming series of laptops are designed by MSI's unparalleled design team which was recently awarded Germany's iF Product Design Award, the design world's equivalent of an Oscar. The exteriors of the 14"-17" versions of the MSI Classic Series incorporate stylish, cutting-edge Color Film Print technology, futuristic LED halo indicator lights, metal touch control keys with a unique brushed finish, and a rhombic pattern in the area above the keyboard to add an extra layer of texture, quality, and taste. The ultra-light, ultra-thin GT740, GX740, GT640, and GX640 all come with brushed aluminum alloy cases with fire engine red trim and state-of-the-art luminescent touch sensor control panels to highlight the advanced technology and aesthetics of the MSI G-Series. The exteriors of the GE600 and GE700, two other new members of the family, incorporate cutting-edge Color Film Print technology, futuristic touch panel keys with special color processing and a glossy decorative panel along the front edge to exude a futuristic and minimalist feel all at once.