Equipped with NVIDIA 3D Vision, the ASUS G51J 3D delivers ultra-realistic graphics that come to life before the user. A pair of 3D Vision active-shutter glasses coupled with a wide-range infra-red emitter delivers stereoscopic images with clarity, brightness and depth-of-field (DOP) at full resolution without any viewing angle restrictions. The GPU driver and a 120Hz 3D panel render each scene twice, delivering up to 60 images evenly to each eye, amounting to a total of up to 120 images at any given time. Gamers can experience total immersion into their games from what were previously flat 2D worlds, to true-to-life 3D. With up to 400 PC games that work out-of-the-box with 3D Vision, gamers can experience a whole new dimension of gaming never-before seen, with recently released games such as Resident Evil 5, Borderlands, World of Warcraft: Wrath of the Lich King, Batman: Arkham Asylum and Star Trek D-A-C. 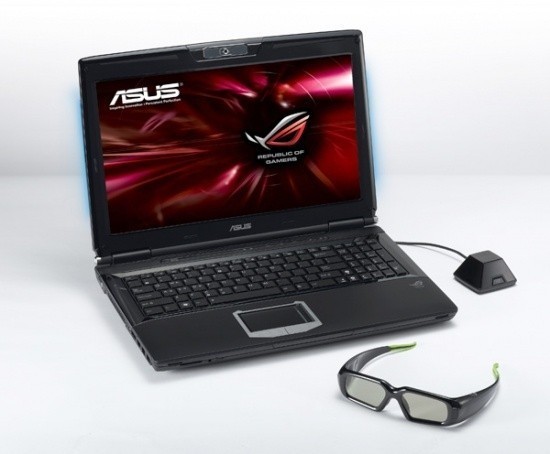 "NVIDIA is excited about the world's first 3D Vision notebook coming from ASUS," said Phil Eisler, General Manager of 3D Vision business unit at NVIDIA. "The ASUS G51J 3D notebook will set the standard by which gaming and 3D notebooks will be judged. Congratulations to ASUS for achieving this monumental milestone!" 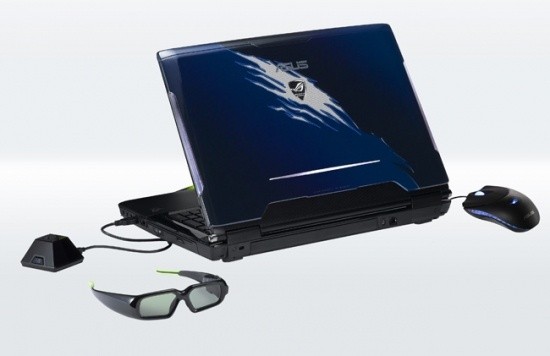 A Juggernaut of Power: Multitasking and Gaming Performance
Powered by the latest Intel Core i7 processor for multitasking muscle on-the-move, the ASUS G51J 3D features four dedicated physical cores working in tandem with the operating system and applications for additional performance. It allows users to utilize and launch multiple applications, and to enjoy high definition multimedia and processor-intensive games effortlessly.

Set to Stun: Mind-blowing Graphics at Incredible Speeds
The main area of concern for any self-respecting gamer when it comes to a gaming notebook is graphics, and the ASUS G51J 3D is designed specifically to meet or exceed their expectations. ASUS' engineers have cleverly circumvented the thermal and placement issues that typically arise from fitting an NVIDIA GeForce GTX 260M into a 15.6-inch notebook. With 1GB DDR3 video memory onboard, the ASUS G51J 3D attained a 3DMark06 score of well over 11,000, a significant leap from other 15-inch to 16-inch notebooks in the market today. 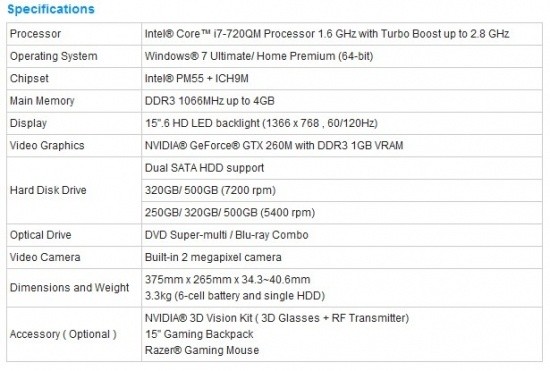