Upgrade market for laptops has always been our major concern when introducing new storage technology to consumers. Mobility is considered one of the most important improvements in 2009. SSDs could actually improve performance of any used laptop, which HDD happened to be the bottleneck of all. In the other hand it made the laptop "portable", means free movement while power on. Once you have it, you'll live with out it.

Garbage Collection and TRIM command support has been commonly discussed in the past few months. It sounds perfect to have TRIM support with Windows 7. But what about those users sticking with windows Vista/XP? With the new PATA controller PhotoFast adopted, the Garbage Collection function has actually been built-in in hardware level. The Drive rearranges itself when Laptop is in idle time. It might not benefit your Benchmark software to run over and over. But for real life usage it's a perfect combination. While you're not moving/creating files, it recovers to its initial speed.

On 1.8" drives there's always been maximum capacity up to 128GB. And now PhotoFast has 256GB in all three models. There'll be plenty of free space for you to store music, movies and all the precious photos. 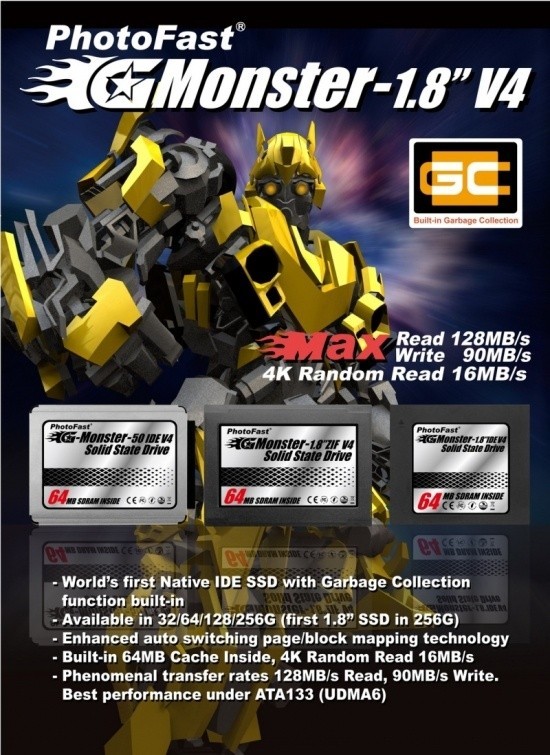 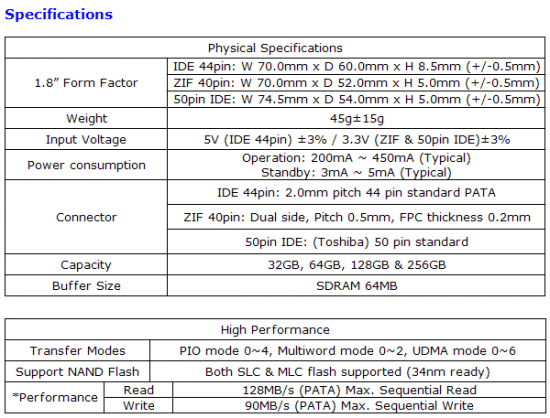 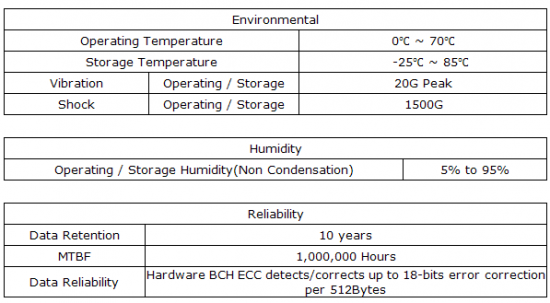