According to NPD's weekly tracking service**, Windows 7 software unit sales in the U.S. were 234 percent higher than Vista's first few days of sales. Revenue growth wasn't as strong though. A combination of early discounts on pre-sales and a lack of promotional activity for the Ultimate version resulted in dollar sales that were 82 percent higher than Vista. 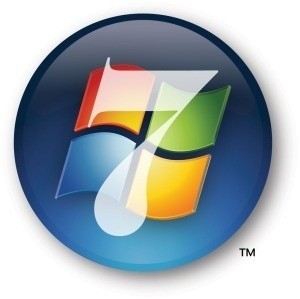 "A combination of factors impacted Windows 7 PC sales at the outset, but the trajectory of overall PC sales is very strong leading into the holiday season," said Baker. "Vista had a slight advantage at launch, as January traditionally has a bigger sales footprint than October. The other hurdle Windows 7 faced was sales of PCs with older operating systems (XP and Vista) were high, making up 20 percent of sales during the Windows 7 launch, compared to just 6 percent of older operating sales during Vista's launch week."

For more insight about how all-in-one PCs are moving to capitalize on Windows 7 read DisplaySearch's research:
http://www.displaysearch.com/cps/rde/xchg/displaysearch/hs.xsl/091021_all_in_one_pcs_moving_to_capitalize_on_windows_7_including_touch_interfaces.asp

*Sales are for the week of October 18 - 24, 2009 and include Windows 7 pre-sales
**NPD's weekly tracking service point-of-sale (POS) information is derived from a subset panel of retailers that also contribute to NPD's projected monthly POS panel.


About The NPD Group, Inc.

The NPD Group is the leading provider of reliable and comprehensive consumer and retail information for a wide range of industries. Today, more than 1,700 manufacturers, retailers, and service companies rely on NPD to help them drive critical business decisions at the global, national, and local market levels. NPD helps our clients to identify new business opportunities and guide product development, marketing, sales, merchandising, and other functions. Information is available for the following industry sectors: automotive, beauty, commercial technology, consumer technology, entertainment, fashion, food and beverage, foodservice, home, office supplies, software, sports, toys, and wireless. For more information, contact us or visit http://www.npd.com/ and http://www.npdgroupblog.com. Follow us on Twitter: @npdtech and @npdgroup.