NVIDIA RealityServer - the culmination of nearly 40 collective years of hardware and software engineering by NVIDIA and mental images - enables developers to create a new generation of consumer and enterprise 3D web applications, all with remarkable levels of photorealism. 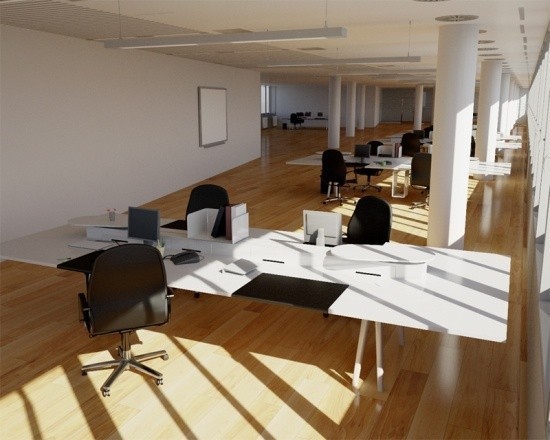 Automobile product engineering teams will be able to securely share and visualize complex 3D models of cars under different lighting and environmental conditions.
Architects and their clients will be able to review sophisticated architectural models, rendered in different settings, including day or night.
Online shoppers will be able to interactively design home interiors, rearrange furniture, and view how fabrics will drape, all with perfectly accurate lighting.

"This is one giant leap closer to the goal of real-time photorealistic visual computing for the masses," said Dan Vivoli, senior vice president, NVIDIA. "mental images fully embraced the concept of GPU co-processing to enable Interactive photorealism anywhere, any time - something that was science fiction just yesterday."

RealityServer software utilizes mental images iray technology, the world's first physically correct ray-tracing renderer that employs the massively parallel CUDA architecture of NVIDIA GPUs to create stunningly accurate photorealistic images by simulating the physics of light in its interaction with matter. Because ray tracing is one of the most demanding computational problems, iray technology is designed to take advantage of the parallel computing power of NVIDIA Tesla.

"Everyone should experience the web the way they experience the world, in 3D," said Rolf Herken, CEO and CTO of mental images. "RealityServer offers extraordinary opportunities and far-reaching implications for businesses and consumers, enabling us to interact with 3D content in the form and manner that our brains expect."

"NVIDIA RealityServer can revolutionize marketing and sales via the web by enabling the world to interact with virtual products in a more realistic and unconstrained way," said David Kelly, CEO of mydeco.com, a U.K.-based designer furnishing site. "Our interactive 3D planner, which uses RealityServer, is what attracts customers to mydeco, and the immersive, real-life experience it delivers keeps them engaged."

"Some of the biggest problems we face in aviation research involve managing and visualizing massive datasets while keeping that data secure," said Fernando Toledo, Manager, Virtual Reality Center, National Institute for Aviation Research at Wichita State University. "Using NVIDIA RealityServer for virtual prototyping, design reviews and remote visualization solves those issues. We are extremely impressed by its performance and ability to realistically render our large 3D CAD models over the web without exposing our IP."

A developer edition of RealityServer 3.0 software will be downloadable free of charge, including the right to deploy non-commercial applications November 30, 2009.

mental images, founded in 1986, is the recognized international leader in providing component and platform software for the creation, manipulation and visualization of 3D content. Its world leading rendering and other technologies are used by the entertainment, computer-aided design, architecture, scientific visualization, and other industries that require sophisticated images primarily as part of their software products and application services. mental images is a wholly-owned subsidiary of NVIDIA Corp. with headquarters in Berlin, Germany, a subsidiary in the United States, mental images, Inc., and a subsidiary in Melbourne, Australia, mental images Pty. mental images has a multinational staff of top qualified engineers exclusively dedicated to basic research and development in the area of 3D graphics and 3D Web Applications and Services technologies. For more information, visit www.mentalimages.com.