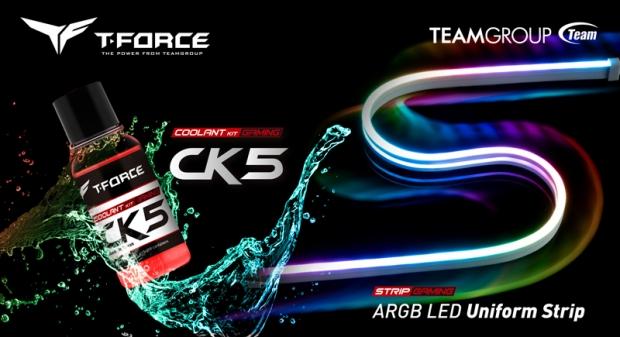 December 11, 2019, Taipei-TEAMGROUP releases T-FORCE Coolant Kit CK5 and T-FORCE ARGB LED Uniform Strip which are specially designed for CARDEA LIQUID Water Cooling SSD and building an eye-catching PC of your own. T-FORCE Coolant Kit CK5 has five colors available at once upon release, so users can change the theme and style of the PC freely. T-FORCE ARGB LED Uniform Strip uses 2020 LED bead which is more refined than 5050 ones on the market. With addressable ARGB LED, the creativity can be limitless.

T-FORCE Coolant Kit CK5 uses anti-corrosion liquid which made in Taiwan to effectively prevent water-cooling equipment made of copper, aluminum, etc. from being corroded. It is also made by materials that can be naturally decomposed by organisms. The low conductivity's material characteristic offers consumers a reliable quality with safe assurance. Coolant Kit CK5 has blue, red, green, fluorescent green and transparent, five base colors for users to mix and create exclusive style for their PCs.

TEAMGROUP releases T-FORCE ARGB LED Uniform Strip. The flexible light strip material is rollable and it also has a magnetic light clip, which allows consumers make full use of the body to decorate their space with various styles. Each LED light of ARGB Uniform Strip is a programable and addressable separate module. Every light strip has up to 40 of 2020 ARGB LED beads that can present an intensive and even lighting effect through the lighting control software, making your PC dazzle and shine! 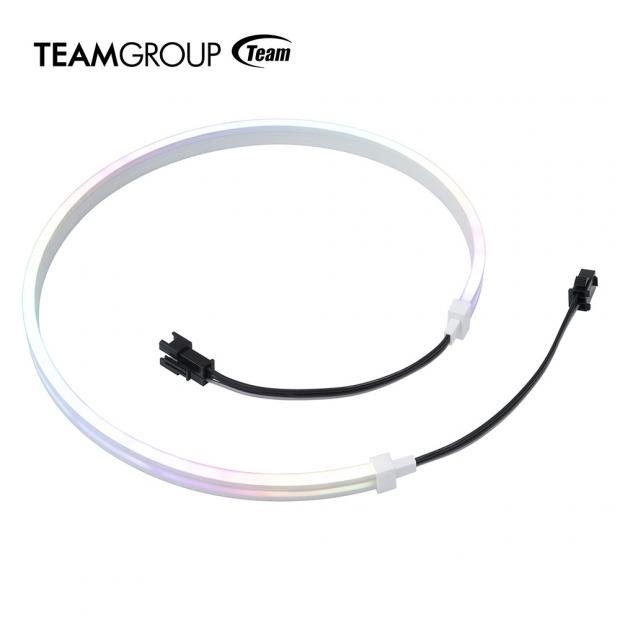 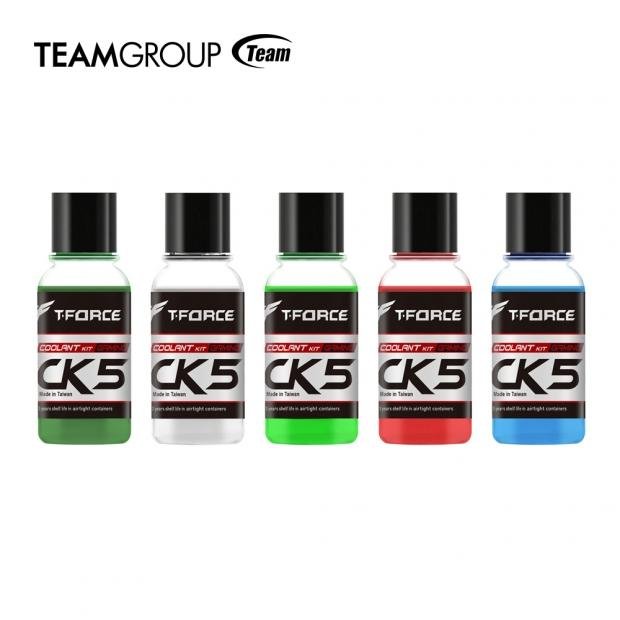