Leading global developer and publisher KRAFTON Game Union, creator of PUBG and TERA, is pleased to announce that a new demo will be available today on Nintendo Switch system on the Nintendo eShop, PC (via Steam), and PlayStation 4 computer entertainment system on the PlayStation Store. This second demo for the upcoming roguelike, dungeon crawler RPG set for full release on October 10, 2019, introduces the lore of the Pillar of Despair and the deadly mist, with two playable stages, six of eight playable classes, the addition of customizable Crew options, and no time limit. 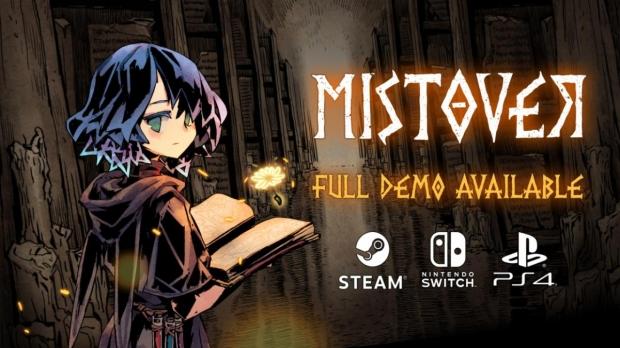 The new expanded demo takes Expedition Corps on their first steps of the expedition. This second demo allows players to control party formation, buy items and manage inventory before entering the first dungeon "Misty Forest". This first dungeon will be the training grounds for the Expedition Corps before entering deeper into its lair, a passageway to worlds existing in alternate dimensions.

Before venturing into the ominous mist that awaits, the Duke Henrich of your new home Arta, will task you to join the "Missing ones," a group of those who have lost their memory and take on the expeditions under the guide of Lenni, a sassy soldier.

MISTOVER is a dungeon crawler RPG with a strategic, turn-based combat system. Players are charged with managing and leading a Corps crew on an ever-changing dungeon expedition through the Pillar of Despair, unraveling the mysteries of the Vortex to find a cure to the corrupting properties of the Mist that threaten the realm.

Developed and published by KRAFTON Game Union, preorders for MISTOVER are now available for Nintendo Switch system on the Nintendo eShop and PC via Steam.