The music of FIFA 20 brings together both emerging and globally-acclaimed artists to create a diverse tracklist featuring Grammy-award winner Diplo's global dance music trio Major Lazer, rising star Anderson. Paak, world renowned electronic music duo Disclosure and one of dance music's pioneering forces Don Diablo. The complete FIFA 20 soundtrack will be available on Spotify, Apple and Deezer from September 13th. In the meantime, check out all the tracks included in the demo on the EA SPORTS FIFA 20 soundtrack here and VOLTA FOOTBALL soundtrack here.

"Originally, EA SPORTS FIFAsoundtracks reflected world culture. Then they began to influence culture. Today, the EA SPORTS FIFA soundtracks have become culture," said Steve Schnur, President of Music, Electronic Arts. "For the first time in franchise history, we've curated two separate soundtracks for the game featuring an unprecedented 110+ tracks representing more than 20 countries. The roster of artists not only captures the global spirit of the game from the stadiums to the streets, but elevates it like never before."

Major Lazer contributed to the VOLTA FOOTBALL soundtrack with their newly released song 'Que Calor' that also features J.Balvin and El Alfa. The lead track for the mode was influenced by the culture and lifestyle of street football and its various forms of play around the world. 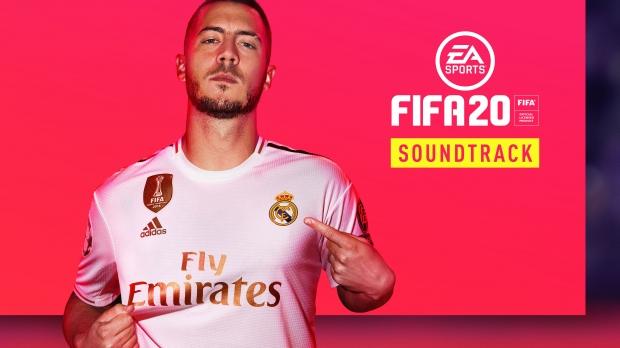 "We were really excited to be able to produce the lead track that is featured in the new VOLTA FOOTBALL mode," said Diplo. "When we shared an early version of the track with the EA SPORTS FIFA team, they loved it, so we knew we had to finish it and release it as a single. Bringing on Balvin and El Alfa let us take the track to another level and we can't wait for fans all over the world to hear it"

Fans eager to get their hands-on FIFA 20 early can get in on the action with the free demo now available on PlayStation 4, Xbox One, and PC. In the demo, fans can preview the brand-new VOLTA FOOTBALL game mode, an all-new experience in EA SPORTS FIFA 20 inspired by the small-sided form of football played in the streets, cages and futsal courts across the world. Additionally, fans can experience a UEFA Champions League match in the 11v11 Kick-Off mode.

Jump into the game first on September 19, 2019 with EA Access** and Origin Access** Basic to enjoy up to 10 hours of play time as part of the Play First Trial or sign-up for Origin Access Premier to get full access on PC to the FIFA 20 Ultimate Edition.

FIFA 20 is developed by EA Vancouver and EA Romania and will be available worldwide on September 27, 2019 for PlayStation 4, Xbox One, and PC.