Aurora Studio has released details for the upcoming Ring of Elysium game mode which was teased at this year's E3. The latest mode which will arrive on June 23, will introduce new winning conditions as well as new elements for players to have to contend with if they want to survive and claim victory. In addition to the new game mode, Aurora Studio has also released chapter two of the Season 4 Adventurer Pass which introduces the Recon Drone.

Last week Aurora Studio teased fans with details of the newest game mode during E3 revealing that the new mode will veer away from the area shrinking mechanic typically found in Battle Royales and instead will focus on players having to survive the effects of a volcanic eruption on the once paradise island of Europa. The aftermath of the volcanic eruption has filled the air with toxic sulfur dioxide, making oxygen a precious resource and one that players will have to maintain throughout the match. Players will get some respite from the toxic air when in the Ashen Eye safe zone, however, they'll have to keep moving as the safe zone will change locations throughout the match. 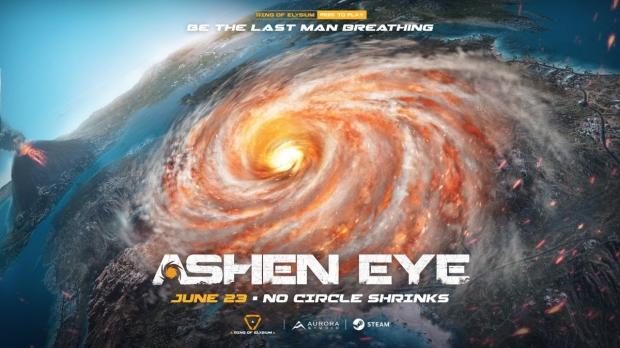 In Ashen Eye each player will start out with a limited amount of oxygen in teams of 3 and will be able to choose their spawn location. Hiding out and using blood packs to survive the match will not be an option for players as their oxygen reserves will constantly deplete while they remain outside of the Ashen Eye safe zone. Players will also be able to loot oxygen reserves off of enemy players they've defeated. Making it into the Ashen Eye safe zone will give players some valuable time as their oxygen levels won't deplete while inside the zone, but it won't be without peril.

Once inside the safe zone, the player with the highest amount of oxygen will trigger the countdown for the rescue helicopter, which will also reveal their location to all other players in the match. In order to secure victory for themselves and their teammates, the player will have to remain in the safe zone and maintain the highest oxygen level until the rescue helicopter arrives to fly the player and their team to safety and a win. If the player is eliminated or moves out of the safe zone the rescue countdown will reset. The appearance of another player from an opposing team with a higher oxygen level will also reset the countdown and mark the new player's location for everyone on the map. If a team eliminates all of the competition and remains the only team left alive they will automatically win the match. 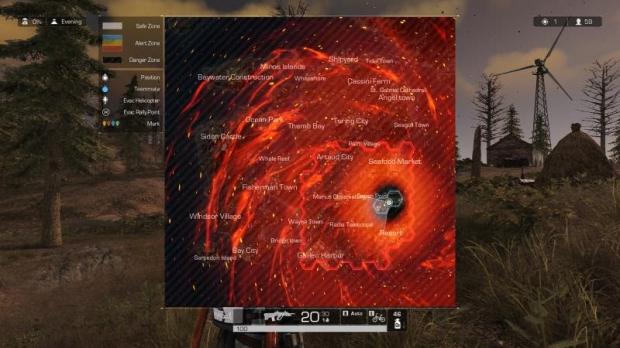 In addition to announcing the details of the upcoming game mode, chapter two of the Season 4 Adventurer Pass features have also arrived. The release of chapter two introduces the Recon Drone which will spawn on random areas of the map or can also be found in airdrops. When deploying a Recon Drone players will be able to scout out areas of the map controlling the zone, however, they'll have to do so carefully as they will not be able to move while controlling the drone. The Recon Drone is capable of six-axis movement and is equipped with a 3x zoom. Distance and battery life will limit the use of the drone so players will have to deploy them effectively to get the most tactical advantage from them during the match. 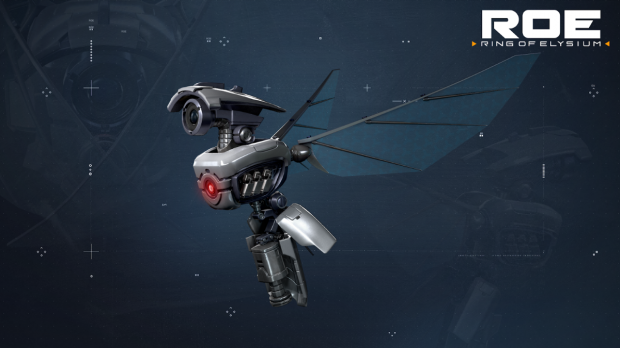 Ashen Eye will focus on close-quartered and intense combat and new tactical elements that bring a fresh gameplay style to Ring of Elysium. Players will be able to test their skills of surviving the volcanic aftermath beginning on June 23. Battle Royale fans can check out Ring of Elysium now and jump into the action of the Season 4 Adventurer Pass by heading to the game's Steam page and downloading the game for free. For more information on Ring of Elysium visit the official site here.

About Ring of Elysium

Formerly known as Europa, Aurora Studio and publisher Tencent is proud to present the next generation of multiplayer online arena shooter using the Quicksilver X engine. Trapped on a snowy mountain assaulted by a disastrous snowstorm, the only way out is a rescue flight which can only save up to four people. Survivors must stay ahead of the approaching storm while eliminating competition. Welcome to Ring of Elysium.