Taipei, Taiwan 30 April, 2019 - Computex is back! The annual Computer expo will begin on the 28th May. The storage market is changing with each passing day, and while audio and video needs continue to grow, it has become increasingly difficult to store audio and video files locally. ASUSTOR is committed to making no-compromises storage solutions to handle the ever-increasing needs for audio and video by introducing a series of NAS products with even better hardware at Computex 2019. 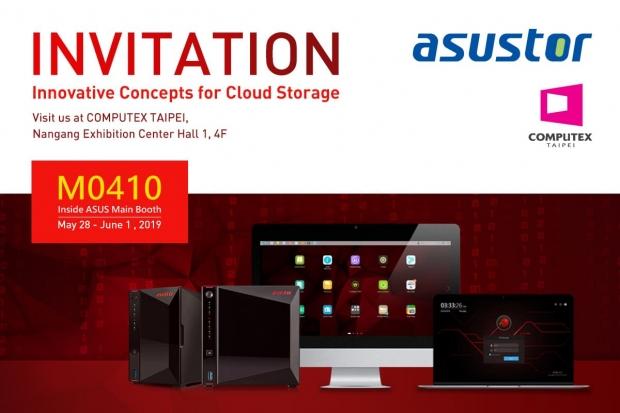 ASUSTOR is bringing two new models for the enthusiast at Computex 2019, the Nimbustor 2 and 4 featuring dual 2.5-Gigabit ports. The Nimbustor series use Intel's Celeron Gemini Lake dual-core and quad-core processors with DDR4 memory for even greater multimedia performance. Intel's newest Celerons, coupled with the inclusion of DDR4 RAM provides an even more efficient NAS than ever before while increasing performance. Link Aggregation on the Nimbustor, when paired with a managed switch provides up to 5Gbps of speed. With the Nimbustor, ASUSTOR continues the tradition of supporting the highest capacities of hard drives, SSDs and iSCSI virtual drives available, allowing customers to easily create a high capacity storage space for the home and office.

In addition to storing a large number of games and live movies, a Nimbustor maintains a stable storage experience during playback through the CPU, GPU and 2.5GbE ports. The Nimbustor graphics processor provides hardware decoding to greatly reduce CPU usage for smoother-than-ever playback of videos in formats such as VP9 10bit Profile2 and HEVC. With HDMI 2.0a output and a third party playback app, it is easier than ever to deliver HDR content to UHD displays. Finally, the Nimbustor is fitted with gaming-inspired theme that shows off its enthusiast roots.

At Computex, ADM keeps on getting better with the appearance of ADM 3.4. ADM introduces or improves on various features, such as Btrfs support, Btrfs snapshots, EZ Sync cloud synchronization, Portainer for easy Docker management, ClamAV antivirus software, Surveillance Center, as well as a variety of multimedia apps. Stay tuned for even more updates about ADM.

ASUSTOR and ASUS have been busy working together to make ASUS Control Center work even better with an ASUSTOR NAS and integrate further into an enterprise IT network. ASUS Control Center, in addition to comprehensively managing ASUSTOR NAS, also works with ASUS servers, workstations, commercial products and other devices in a domain. A new automatic or scheduled software delivery feature has been added to simplify tedious procedures for individual device updates, allowing network administrators to complete ADM updates of all NAS devices in a domain simultaneously, providing maximum efficiency network administrators. 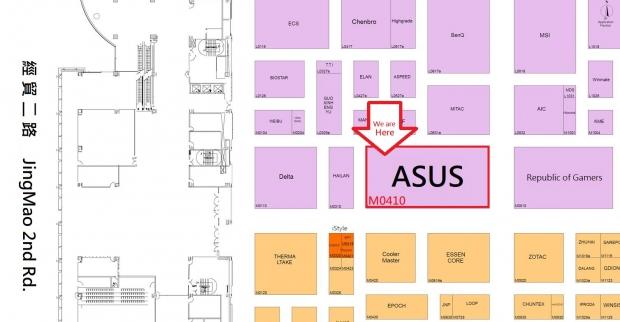 Founded in 2011, ASUSTOR Inc. was established via direct investment from ASUSTeK Computer Inc. The ASUSTOR brand name was created as a portmanteau of "ASUS" and "Storage". ASUSTOR is a leading innovator and provider of private cloud storage (network attached storage) and video surveillance (network video recorder) solutions, also specializing in the development and integration of related firmware, hardware and applications. We are devoted to providing the world with unparalleled user experiences and the most complete set of network storage solutions possible.