Madrid, Spain, April 16th, 2019: After the first steps in planning and further preliminary development, the original title from Timsea Studios begins to take shape and reaches a crucial phase in its creation process. Adome begins today its funding campaign through Kickstarter, in which any user interested in the game can do their bit to ensure that the development comes to fruition ... And to do so with a series of rewards that will depend on the amount raised by Timsea. 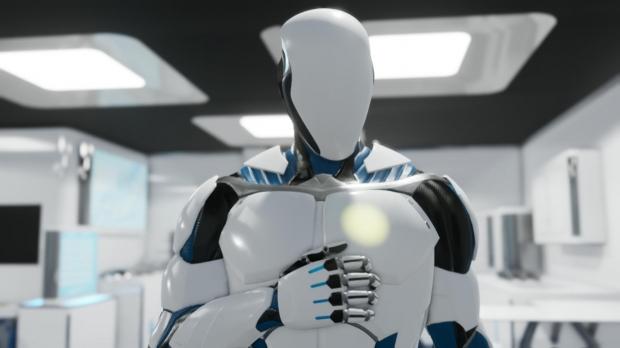 The financing and the consequent "finish" of Adome will depend exclusively on the fans of Timsea Studios project. On the Kickstarter page you'll find a breakdown of development milestones and different funding levels and their rewards, as well as a lot of details regarding visuals and gameplay mechanics of Adome, which masterfully combines action, adventure, puzzles and an advanced parkour system.

Adome is a single-player action-adventure game that combines the speed and agility of parkour, frantic action and puzzle solving with a deep and emotional narrative.

The game transports us to a beautiful and spectacular futuristic automated city, covered by a dome and populated only by robots, called City of Light. In it you will be IB1, a humanoid-looking robot, whose function is to instruct and protect the seeds, children who are in charge of them.

IB1 was inactive until it feels one of its seeds and wakes up to do the work for which it is programmed; when it wakes up it discovers that something is not right, to the point of rethinking its own existence, nothing is what it seems...

Enter an adventure with an incredible and exciting story, set in a beautiful futuristic world with a deep mystery and uncover the dark secret hidden behind City of Light.

Adome gameplay core is based on a rewarding feeling of rhythm, fluidity and total control combined with careful and varied progress.

Timsea Studios is working on an adventure with a great pace at a playable and narrative level, in which you'll enjoy moments of exploration, with fluid parkour moves, interspersed with well integrated puzzles and frantic action, so that every minute you're inside the beautiful world of Adome you feel part of the game.

The world of Adome is full of challenges, but not all of them are surpassed by parkour or combat. IB1 has the ability to levitate objects from the environment.

This skill allows him to transport items from the environment to form structures with them and reach areas that would otherwise be inaccessible, or to transport energy modules that unlock doors. Solving them will force you to be watchful; you'll need to find the right pieces and be precise with your moves to place them as you need to.