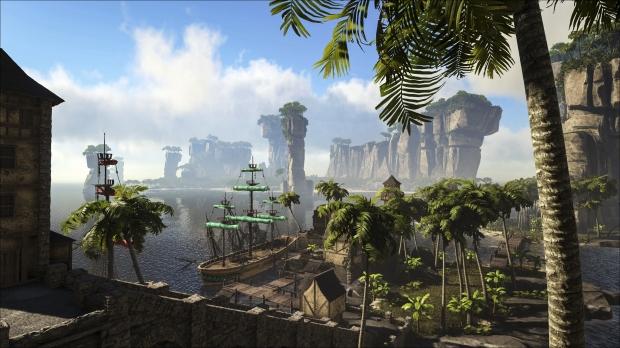 Developed by the creators of the dinosaur survival adventure ARK: Survival Evolved, ATLAS hosts up to 40,000 players exploring the same globe simultaneously, leading to an unprecedented scale of encounters, conflict and exploration. ATLAS is now available on Steam Early Access for the weekend promotional price of $14.99 ($29.99 Early Access S.R.P).

ATLAS is a massively multiplayer first-person pirate adventure. Stake your claim in the endless open world as you conquer territory, construct ships, assemble forts, plunder settlements and hire crew to join your powerful armada. Campaign with over 40,000 simultaneous online players, as your influence expands from a small island, to a pirate empire that spans the Globe. Wage battle against enemy ships, dive deep into the briny water to explore sunken wrecks and claim your treasure! Discover new lands rich with elements, tame natural and mythical creatures, raid forgotten tombs, confront powerful ancient gods and even build your own colonies, cities, and civilizations in this ultimate quest for glory!

For the latest dispatch on #playATLAS keep yer one good eye trained on this here information: