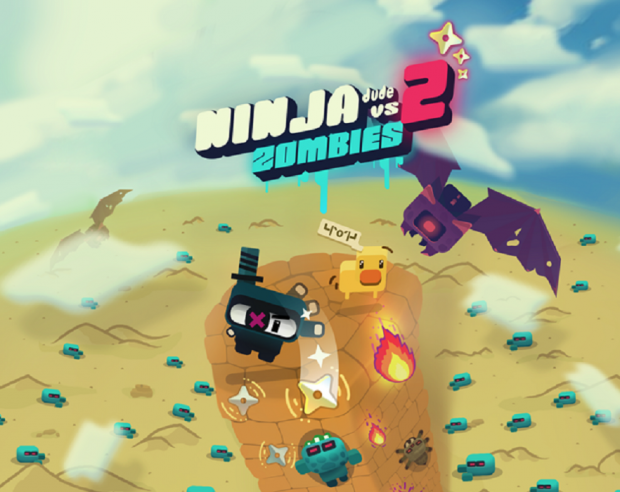 "We've got a compulsive idea to add something utterly unique to that type of game we had back in 2016. In its sequel, the players will get not only the announced multiplayer mode and zombie bosses, but also several fresh unlockable features truly uncommon for popular games in our niche, as well as some other amusing perks. We hope these innovations will bring player engagement to the next level and create even more fun and positive experience. Just keep slashing zombies and compete with friends!" - AdoreGames Studio's CEO said.

Here's an outline of the killer features players will receive after installing Ninja Dude vs Zombies 2 on their mobile devices:

The gimmick of the PvP mode is each player's successful shot that kills zombies above the death line makes the other player's tower sink.

Ninja Dude vs Zombies 2 is free-to-play and available on the App Store and Google Play worldwide.

Follow #ndvz2 for more news and sneak previews and visit its official page on Facebook at https://www.Facebook.com/ninjadudevszombies/ to check for updates, strategies, and giveaways. Also, please stop by at adoregames.com for more exclusive information on the game and press-kit.

Press-kit can be downloaded here.

AdoreGames Studio is a casual game developer with hidden object, puzzle match 3, arcade and bubble shooter games in their portfolio. The company is primarily occupied with the development of indulging and high quality games and at the same time is open to collaboration with other game developers and publishers. All the games which are displayed on the company's website feature captivating game plots and thoroughly elaborated designs.