LOS ANGELES (April 5, 2019) - The adventure continues for mobile role-playing game (RPG) fans as Netmarble Corp. announced a major update for its popular anime-inspired mobile RPG Knights Chronicle with an all-new second season of content for players to experience and enjoy. 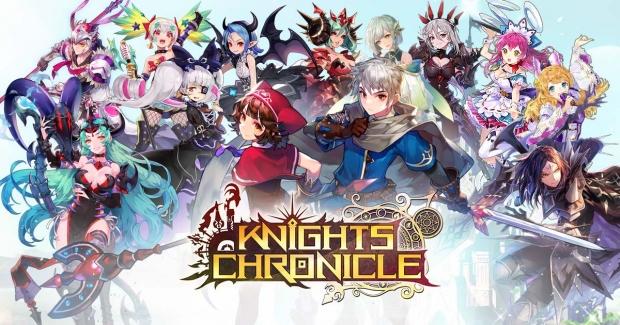 Starting today, players can get a sneak peek at Knights Chronicle's new story adventures on the Ancient Race, the Dryans, with the addition of two Dryan heroes to collection - Tyrione and Pierina. Fan-favorites heroes, such as Damian (leader of the White Knights) and Ashley (Dark Knights leader) can also experience Awakenings, which increases the statistics of both characters and adds passive skills achieving maximum Awakening level. Damian and Ashley's appearance also changes with the Awakening.

Other updates coming to Knights Chronicle include:

Knights Chronicle features classic turn-based role-playing gameplay, a beautiful Japanese animation-inspired art style and a compelling story showing the same standard of quality as console and PC RPGs. The game also sports standout features, including real-time party play where players can form parties of up to five players to challenge multiplayer dungeons, explosive 3D-animated skills that demonstrate the game's flashy and gorgeously detailed visuals, and over 100 heroes for players to choose from.

Netmarble Corp. strives to entertain audiences of all ages around the world by providing great mobile gaming experiences. Established in Korea in 2000, Netmarble is the fastest-growing mobile game company and consistently ranks as a top mobile developer and publisher worldwide. With more than 5,500 employees, Netmarble has been producing and servicing some of the most successful mobile games including Lineage 2: Revolution, MARVEL Future Fight, Everybody's Marble, and Seven Knights.