Middlesbrough, UK - April 4, 2019 - The craft are in position, the racers are ready... Developer R8 Games is excited to announce an evolution of Formula Fusion, its Early Access vision for futuristic anti-gravity combat racing, reflected in today's unveiling of a fresh new brand for the project to compliment new features, game modes and more. Moving forward, the game will now be known as Pacer, a moniker designed to reflect the sheer speed conveyed by its 4K-enabled, 60 frames-per-second gameplay, and one that celebrates its ambitious efforts to bring the anti-gravity racing genre still rooted in its retro past hurtling into the 21st century. 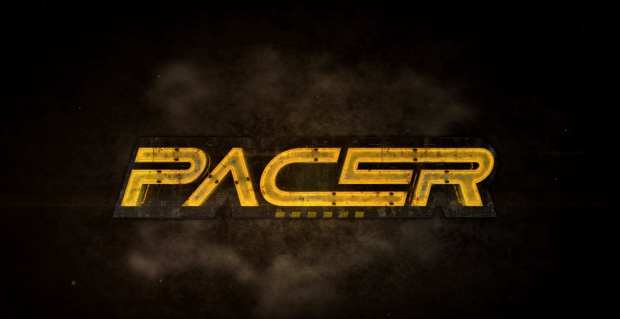 "This change in gear really does mark the next stage in Pacer's progress," offers Steve Iles, Senior Producer. "The game has changed significantly with a ground up re-coding of the core gameplay systems and inclusion of a wealth of new content. We've got some big plans for 2019 and we felt that we needed to reflect that with a name that more accurately captured the spirit of the game."

Iles added, "For gamers who have been on board ever since we first announced the original game in 2015, this evolution is representative of our ambition to deliver more of what they love. Pacer is the realization of our original vision, but bigger and bolder."

At launch, Pacer will bring 14 different tracks and five customizable craft to the table, building upon R8 Games' goal of both recapturing and expanding upon the spirit of the anti-gravity racers that made their mark in the 1990s. Likewise, play will also feature a stellar soundtrack that will immerse the player in both original and licensed tracks from CoLD SToRAGE, Dub FX and many more.

For UK-based media appointments at EGX Rezzed in London UK, please contact us via the details below.

Formed in 2014, R8 Games is an independent game development studio based in the North East of England. Their current focus is creating titles for both PC and consoles. The team features a wealth of established talent who between them have worked on franchises such as Borderlands, Crackdown 3, Mass Effect, Wipeout, Motorstorm, Lego Batman, The Escapists 2, Lord of the Rings, Star Wars and the Incredible Hulk. More information about the company will be made available soon, but in the meantime, R8 Games Facebook Page can be found here: https://www.Facebook.com/R8Games