LOS ANGELES - March 14, 2019 - Can you keep a secret? Tencent Games and PUBG Corporation are rolling out several special events over the upcoming days to celebrate the one-year anniversary for PUBG MOBILE on Wednesday, March 20. 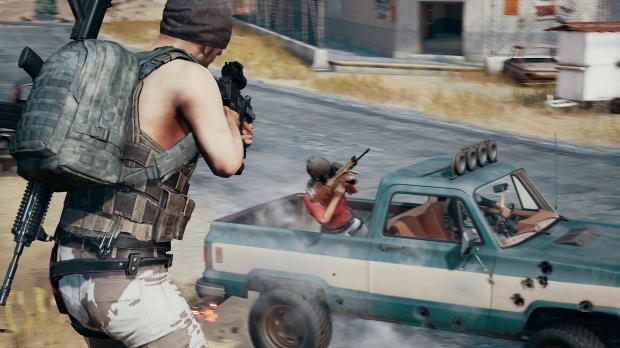 While exact details are still set to be a surprise, existing players may have already noticed the in-game lobby decorated as a birthday party with presents, cake and dance music. Starting Wednesday, March 20, players can expect to see additional features, updates and a special celebrity promotion through the game's official YouTube channel.

"We want to thank the millions of players around the world for making this first year very special and we can't wait to show you what we have in store in our second year," said Vincent Wang, General Manager of Global Publishing Department, Tencent. "Words cannot express what the first year of PUBG MOBILE's release has meant to the PUBG MOBILE team and, more importantly, our thriving and passionate community of players".

In addition to the recently announced PUBG MOBILE Club Open 2019, players can expect even more surprises for the game's esports initiatives this month during 1st Anniversary campaign.

In 2018, PUBG MOBILE took home multiple awards and nominations, just eight months after the game's release. The game earned three awards at the Google Play Awards last month, including "Best Game." It also won the "Mobile Game of the Year" award at the 2018 Golden Joysticks and received nominations from The Game Awards and the App Store.

PUBG MOBILE is developed by Tencent Games and PUBG Corp. and based on PLAYERUNKNOWN'S BATTLEGROUNDS, the original PC and Xbox One gaming phenomenon that took the world of interactive entertainment by storm in 2017. Up to 100 players parachute onto a remote island to do battle in a winner-takes-all showdown. Players must locate and scavenge their own weapons, vehicles and supplies, and defeat every player in a visually and tactically rich battleground that forces players into a shrinking play zone.