The writing has been on the wall for Flash for years: even before Adobe officially announced 2020 as the end of Flash's lifecycle, most major browsers had disabled the plugin by default. Once the most powerful vector of viral game content, today it's more often delivering actual viruses and malware. 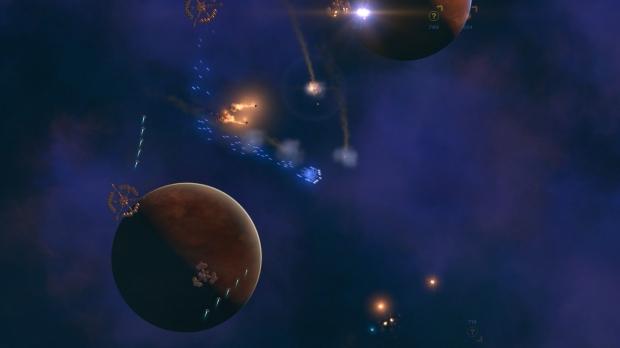 When it goes, tens of thousands of Flash games will effectively disappear forever. But one developer, Kevin Lin of Wx3 Labs, is using the opportunity to give a second life to his popular "Starcom" game.

Launched in 2009, the game was a top-down space shooter with a dash of RPG adventure. It was an almost immediate hit, gaining over a million plays within a few months. Even today, Starcom sees close to ten thousand new games started every month.

"I came from a webdev background, so I had the foresight to add a hook to the game that would ping a webserver, so I could see how many people were playing the game," Kevin recalls. "Unfortunately, I didn't think to give players a channel to reach out to me at the time. Still, many did find a way and asked if I had any plans for a sequel."

Buoyed by the knowledge that a market existed for a follow-up, Kevin has spent the past two years working on a PC "re-imagining" that matches his original vision for the game: a sprawling space action-adventure, complete with custom ship-building, planet exploration, and diverse alien factions the player can battle or befriend.

The game has been through four rounds of closed Betas and feedback from both fans of the original game and newcomers has been almost universal praise: "...Starcom: Nexus which, as it stands, is easily the absolute and utter best of the top-down sandbox-style exploration space-based combat "RPG" titles I have seen," wrote Robert Risdon on the Beta. "While there are a great many of them out there, none of them, in just a few hours, made me ever feel like I was a part of the United Federation of Planets, whose mission was to explore strange new worlds..."

The game releases on December 12th, 2018. Kevin expects the game to spend at least six months in Early Access using feedback from players to shape the conclusion of the game's main storyline.