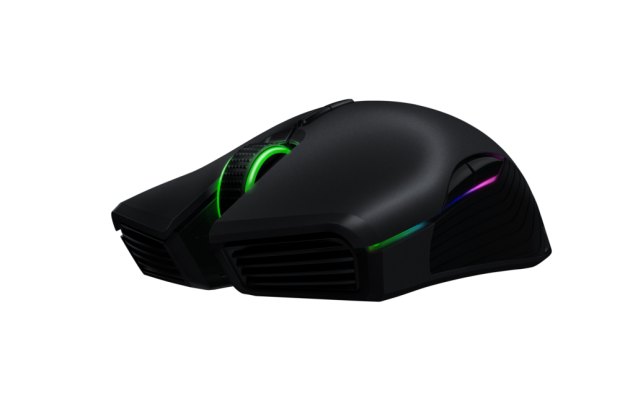 Razer's advanced AFT wireless technology ensures industry-leading transmission stability by not only syncing data reporting perfectly between the mouse and the user's system, but also connecting to the strongest interference-free frequencies within the 2.4GHz band and adaptively hopping only when necessary. The result is lag-free data transmission between the Razer Lancehead and PC that outperforms every other wireless gaming mouse.

The 5G laser sensor in the Razer Lancehead offers true 16,000 DPI, 210 inches-per-second (IPS) tracking and 50 G acceleration. When speed and accuracy make the difference between winning or losing, the Razer Lancehead presents players with an unequivocal advantage. 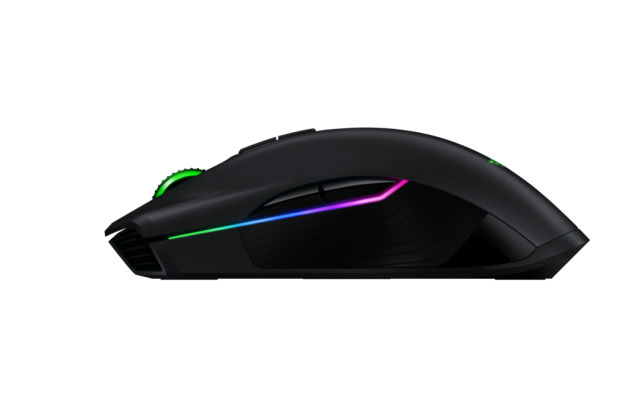 The Razer Lancehead features Razer Mechanical Mouse Switches, co-designed and manufactured with Omron. The new switches have an extended durability of up to 50 million clicks, and are optimized to deliver the optimal response times for gaming with a click latency has been tuned to be one of the fastest in the world. In addition to this, two DPI buttons allow players to change sensitivity on-the-fly for every situation, even in the midst of battle.

Both new mice join the Razer Chroma line of devices, which includes an array of mice, mouse mats, keyboards, headsets and laptops Powered by Razer Chroma lighting technology. As such, both mice come equipped with 16.8 million customizable colors and a range of stunning effects and game-integrated reactive lighting. 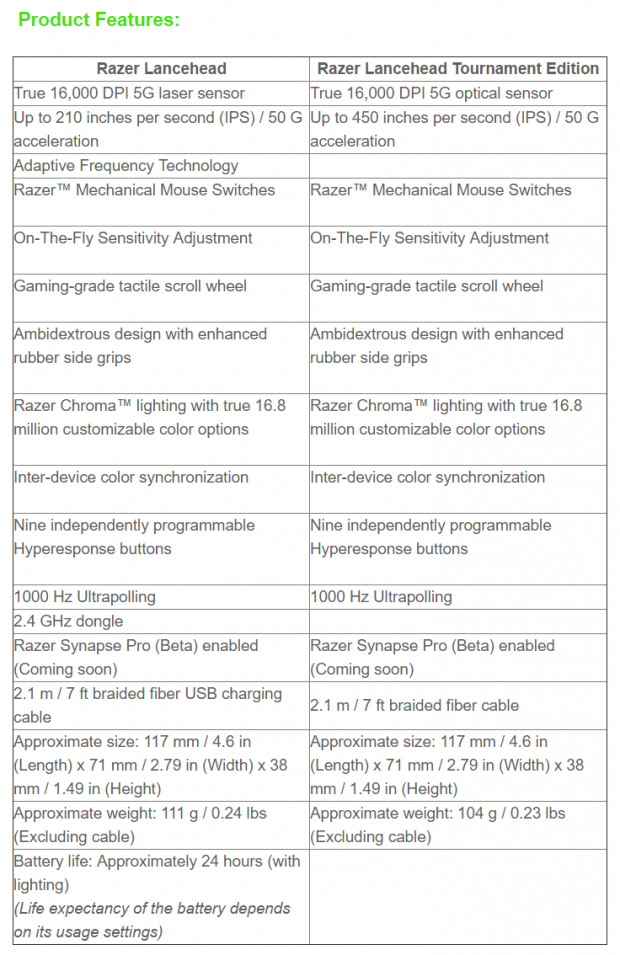