Director Ilya Rozhkov (Sabre Dance) has inked a deal to work in collaboration with leading VR Studio, The Rogue Initiative, (known for its recent partnership with Michael Bay from an original IP) to bring together cinematic storytelling and the immersion of virtual reality technology. Rozhkov will direct and produce Agent Emerson, with award-winning producers Cathy Twigg and Pete Blumel of The Rogue Initiative. They have cast Kick-Ass franchise star Lyndsy Fonseca as the female lead, who will be joined by award-winning actor Tony Denison (Major Crimes) as 'The General.' Agent Emerson serves as the pilot for the original content VR series, Identity Experience. Principal Photography commences March 4th in Louisiana and then completes shooting in Los Angeles. 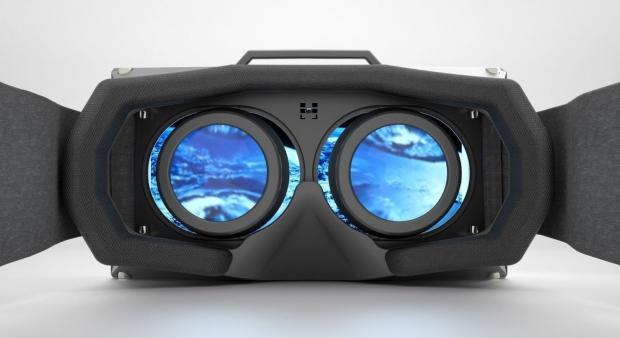 "I'm truly excited with the immersive medium of virtual reality which provides completely new ways of storytelling and engaging the audience. And it's my privilege to be on this journey with the amazing team of the Rogue Initiative and the greatly talented cast lead by Lyndsy Fonseca and Tony Denison," says director Ilya Rozhkov.

"We are very pleased to be working with Ilya, who brings creativeness and flare to virtual reality. His powerful storytelling combined with our long-standing experience using cutting-edge technologies to tell innovative stories in emerging entertainment mediums will bring an electrifying experience to our audience," Cathy Twigg, Chief Production and Content Officer, The Rogue Initiative.

Fonseca can be most recently seen on Marvel's drama, Agent Carter, and Fox's Grandfathered. She has starred in the Kick-Ass films opposite ChloÃƒÆ'<< Grace Moretz and Aaron Taylor-Johnson, as well as the popular hit TV series How I Met Your Mother and on The CW's Nikita. Denison came to fame with the series Crime Story as 'Ray Luca,' which TIME Magazine named him "Best Villain of the Decade," and is best known as the award-winning fan favorite on TNT's Major Crimes, which boasts over 10 million viewers weekly.

"This is a stellar opportunity to embrace the new virtual reality frontier and I am excited about working with director Ilya Rozhkov and The Rogue Initiative," says lead actress Lyndsy Fonseca.

"It's an honor to be chosen to be part of this advanced new world of VR filmmaking," says Tony Denison.

Agent Emerson is an action adventure VR experience shot on a proprietary stereoscopic VR camera rig custom-engineered for director Ilya Rozhkov by Galaxy Vision. The branded "IC-Cam" (Identity Capture CameraÃƒ,Ã,Â®) provides an immersive 360 degree first-person POV. The viewing audience is dropped into a visceral, action-packed VR experience that will allow them to live out a James Bond-esque storyline. CIA Operative David Emerson (casting TBA) awakens to find himself part of an experimental government program where subjects are under complete remote control by 'The General' (Denison). He must fight to retake charge of his own actions and escape the high-security facility with the aid of 'Alex Emerson' (Fonseca).

Under his banner SEREIN, Rozhkov is currently developing a slate of VR film projects as well as feature films. He is an award-winning director, born and raised in Moscow, and one of the youngest members of the Director's Guild of Russia. After moving to California in 2013, Ilya's Wes Anderson-Esque short film Sabre Dance starring Greg Louganis as Salvador Dali, won numerous awards and premiered at more than 25 festivals worldwide. He signed a distribution deal with AFL productions to distribute his short films including his recent Dying To Live, which showcased at Cannes.

The project is co-written by Rozhkov and Joshua King and was financed by legendary Russian producer, Sergey Selyanov, founder of CTB Films, who is known for Cargo 200, Mongol and more than 50 films of a whole variety of genres: fiction, documentary, animation and will serve as producer on Agent Emerson.

"The new cutting-edge world of VR will soon expand the norm of how we experience films. Working as a grand team together with Ilya, Rogue, and our amazing cast and camera technicians, we will be bringing new eyes to the future of the fresh technological advances in the industry," Sergey Selyanov, Founder of CTB Film Company.