The Call of Duty World League Presented by PlayStation 4, continues its action-packed 2017 season, with top esports teams from around the globe heading to the Dallas metropolitan area to compete for their share of a $200,000 prize pool, and to take a step toward becoming the 2017 Call of Duty World League (CWL) Champions. Teams from North America, Europe, and for the first time in 2017, APAC, have the chance to face off during the CWL Dallas Open produced by MLG, March 17-19 at the Fort Worth Convention Center in Fort Worth, TX. 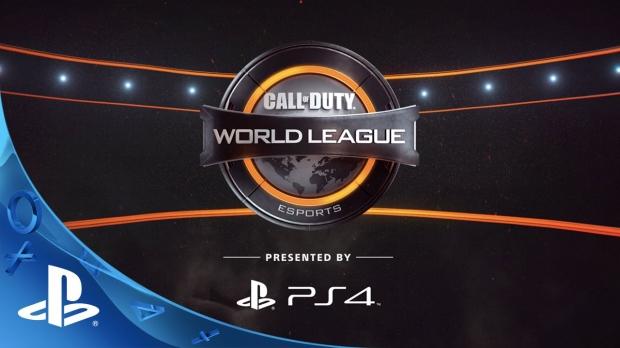 For the First Time Ever, the CWL will Host a Global Pro League on LAN

In partnership with MLG, the CWL Dallas Open kicks-off Friday, March 17, featuring 16 teams starting in pool play and 160 spots for teams to compete in the open bracket, one of the largest Call of Duty open brackets ever. The top four teams from the open winners' bracket will join pool play on the second day of the tournament, Saturday, March 18. While the final teams in the championship bracket will compete on Sunday, March 19, for the $200,000 prize pool and the title of the CWL Dallas Open Champion.

176 Call of Duty Teams from Around the World to Run the Gauntlet in $200,000 Competition March 17-19, with Spots in CWL Global Pro League Up for Grabs

For those interested in attending the CWL Dallas Open, there are several ticket options available:

The CWL Dallas Open is the final event where teams and their rosters can earn CWL Pro Points for a chance to qualify into Stage 1 of the CWL Global Pro League, beginning April 20. The CWL Global Pro League, taking place live at the MLG Arena in Columbus, Ohio, will include 16 teams worldwide over two stages of competition, each with a hefty prize pool. This weekly LAN league is a first for the CWL, working with MLG. Teams that do not make the cut for Stage 1 of the CWL Global Pro League will still be able to earn CWL Pro Points to compete for a spot in Stage 2, later in the year, online via CWL ladders and tournaments on GameBattles, as well as via LAN events for CWL Pro Points that will be available in specific territories.

Additionally, the CWL will host the previously announced CWL Anaheim Open on June 16 - 18 - which will include the qualifier for Stage 2 of the CWL Global Pro League. This competition will feature the bottom four placing teams from the CWL Global Pro League Stage 1 against teams from regional qualifiers. This tournament will determine the final 4 teams of the 16 who will compete in Stage 2. Teams competing in Stage 2 of the CWL Pro League will earn an automatic bid to the CWL Championships, to be held later this year.

For ticket purchasing and other information, please visit www.mlg.tv/Dallas.

GameBattles is one of the largest cross platform online eSports tournament system with over 10 million registered players. Visit www.gamebattles.com for more information and to register. Teams can participate in competitions through the online competition portal GameBattles.

Headquartered in Santa Monica, California, Activision Publishing, Inc. is a leading global producer and publisher of interactive entertainment. Activision maintains operations throughout the world and is a division of Activision Blizzard, Inc. (NASDAQ: ATVI), an S&P 500 company. More information about Activision and its products can be found on the company's website,www.activision.com or by following @Activision.

ACTIVISION and CALL OF DUTY are trademarks of Activision Publishing, Inc. All other trademarks and trade names are the properties of their respective owners.