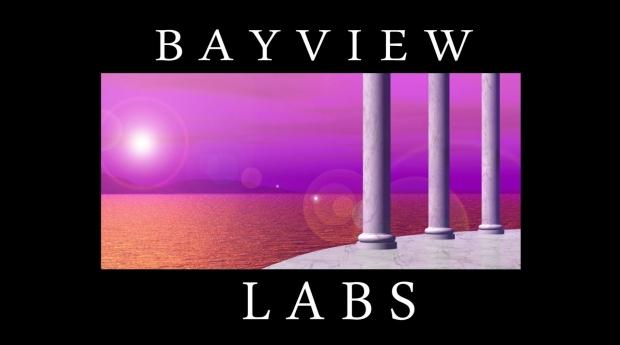 Deadlines for applications are February 20, 2017. Full information on the program, eligibiity, and benefits can be found here: www.playlabs.tv

The MIT Game Lab (gamelab.mit.edu), a research group in MIT's Department of Comparative Media Studies / Writing and Ludus, the MIT Center for Games, Learning, and Playful Media, will host and conduct the educational program for MIT-related startup companies employing playful technology. Teams will be given workspace on the MIT campus for the duration of the program.

The focus of the first batch will be Virtual Reality and Augmented Reality technologies and applications, though the incubator will also consider startups using other playful tech, including 3d modeling, rendering, streaming, gamification, artificial intelligence, machine vision. The applications of playful technology can be in any industry, including online/mobile/VR gaming, esports, entertainment, education, healthcare, finance, etc.

During the program, startup teams will be mentored by the Executive Director, and by faculty and staff from the MIT Game Lab. Additional speakers and mentors for the accelerator will include many successful entrepreneurs and experts in product design, sales and marketing, and fundraising, drawn from MIT alumni and Seraph Group.

Startups that are accepted into Play Labs will each receive an initial investment of $20,000 from the Play Labs Fund in return for common stock. Startups that graduate from the program and meet certain criteria will be eligible for up to $80,000 in additional funding from Play Labs and its investment partners.

Mr. Virk, the executive director of Play Labs, has been a co-founder, angel investor, and mentor to many successful startups using playful tech, including Gameview Studios (makers of Tap Fish, sold to DeNA), Funzio (sold to GREE), Tapjoy, SLIVER.tv, and Telltale games. Mr. Virk did his undergraduate thesis at the MIT Media Lab in the Interactive Cinema group, was in one of the first group of finalists in the MIT $100k competition (which was then called the MIT $10k Competition). After graduating from MIT, Mr. Virk worked at one of the first startups spun out from the MIT Media Lab, DiVA.

"MIT has been the starting point for many successful startups over the years," said Mr. Virk. "Recently, a lot of focus or playful and gaming technologies, particularly VR/AR, has been on the West Coast, but I believe that the eco-system around MIT in Boston has great talent and startup ideas in these areas."

Virk added: "When I graduated from MIT and thought of doing my first startup, I wish I had this kind of accelerator program, with support from both MIT staff and industry entrepreneurs and mentors. That's why I designed the program in this way..."

"MIT students thrive on innovation and creative exploration," said Scot Osterweil, Managing Director for LUDUS, the MIT Center for Games, Learning, and Playful Media. "We are pleased that through Play Labs we will help them move their most imaginative ideas into the realm of the possible."

"We see tremendous opportunity to invest, support and partner with the MIT community of outstanding people," said Tuff Yen, the founder and President of Seraph Group, a seed stage technology investment firm. "Our network of successful investors will bring valuable experience, access and resources to startups."

Bayview Labs, LLC was started to help entrepreneurs build great startups. It was founded by Rizwan Virk (MIT BS Computer Science & Engineering,Stanford GSB SM Management), a prolific Silicon Valley angel investor, advisor and mentor. Mr. Virk has been a co-founder, angel investor, and mentor to many successful startups including Gameview Studios (makers of Tap Fish, sold to DeNA), Funzio (sold to GREE), Tapjoy, Service Metrics (sold to Exodus), CambridgeDocs (sold to EMC), SLIVER.tv, Telltale Games, Free Range Games, Intelligize (sold to LexisNexis), LitIQ, Reactor.ai, North Bay Solutions and Auxenta. Mr. Virk did his undergraduate thesis at the MIT Media Lab in the Interactive Cinema group, was in one of the first group of finalists in the MIT $100k competition (which was then called the MIT $10k Competition), and after graduation worked at one of the first startups spun out from the MIT Media Lab, DiVA. More at www.bayviewlabs.com.

Seraph Group is a seed stage venture capital investment firm that invests in technology startups. Founder Tuff Yen invented Structured Angel FundÃƒÂ¢"Ã,Â¢, a venture capital fund designed for angel investors to have a diversified portfolio of 20+ startups and the right to co-invest on a deal by deal basis. Since inception in 2004, Seraph invested approximately $50 million in over 75 companies. This invitation-only firm brought together over 300 successful individuals including Fortune 500 C-level executives as well as entrepreneurs, scientist, engineers, inventors, technologists, consultants and others who share a passion of investing and backing promising founders. Mr. Yen previously worked at Chemical Venture Partners and received his undergraduate degree from the University of California Berkeley and the Master of Business Administration from Yale University. www.seraphgroup.net

About the MIT Game Lab

The MIT Game Lab has a proven track record of developing games and tools that demonstrate new research concepts and build on cutting-edge technology, from artificial intelligence, graphics technology, educational technology, player research, narrative design, and games tackling complex and controversial subjects. The MIT Game Lab has received awards for their game development from the Independent Game Festival, Games for Change, and Indiecade, as well as other academic and industry-focused conferences and festivals. More at gamelab.mit.edu.

About Ludus, The MIT Center for Games, Learning, and Playful Media

Ludus, the MIT Center for Games, Learning, and Playful Media, coordinates the efforts of MIT labs and research groups exploring games and play with a community of member practitioners. Research groups include the MIT Game Lab (gamelab.mit.edu); The Education Arcade (education.mit.edu); the Imagination, Computation, and Expression Laboratory (icelab.mit.edu); the Trope Tank (tropetank.mit.edu); the Creative Communities Initiative (ccimit.mit.edu); and the Open Documentary Lab (opendoclab.mit.edu).