CodeXL is now part of the GPUOpen initiative. You can find all of CodeXL's source code (barring a few parts that are IP-confidential) on the CodeXL GitHub project. Version 2.0 is also available in pre-built binary form, like previous versions. We believe that by adopting the open-source model and sharing the CodeXL source base with the world we can help developers make better use of CodeXL and make CodeXL a better tool.

To encourage 3rd party contribution and adoption, CodeXL is no longer branded as an AMD product. AMD will still continue development of this tool and upload new CodeXL versions and features to GPUOpen.

A new mode has been introduced into CodeXL 2.0 - Frame Analysis Mode.

This new component, currently released in Beta stage, is aimed towards developers focused on game development. With it, you can capture a render frame from a Microsoft DirectX 12 application, and view its render timeline and CPU and GPU execution block details.

A new sample application has been added, to enable experimentation with the new mode.

This new feature upgrades CodeXL from an API-level debugger to a full-fledged debugger on the host (CPU) side - including source code breakpoints, application stepping, locals and watch expression evaluation, while retaining the OpenCL kernel debugging capabilities in the same debug session!

Also new in this version is support for GLSL programs (both OpenGL and Vulkan shaders). Combine your shaders to be linked in a complete program, providing more accurate ISA and performance statistics.

OpenGL and DirectX shader binaries can now be exported for comparison or inclusion in applications. 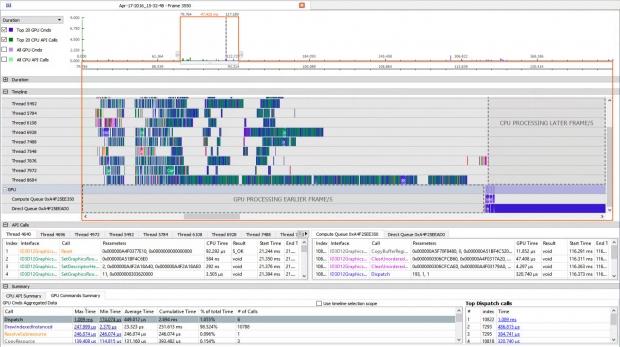 CodeXL 2.0's Power Profiling mode includes the long-awaited feature of attributing samples to specific processes, allowing you to not only know when power is used by the system, but also by whom!

As with every release, we included many bug fixes. Check the release notes for a complete list.

CodeXL is available for download from the GPUOpen CodeXL page. Please use the CodeXL Issues Page to provide feedback about CodeXL and for support requests. 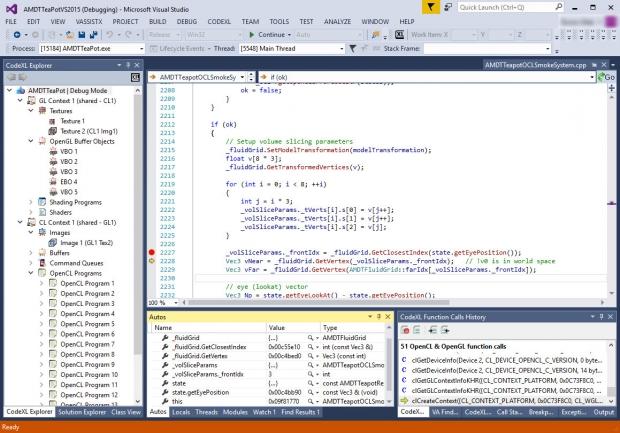