Linksys, a leader in networking solutions for the home and business today announced its line-up of new MAX-STREAM MU-MIMO networking solutions at the 2016 Consumer Electronics Show in Las Vegas. After being first to launch a fully functional MU-MIMO router in May of last year, Linksys expands its MU-MIMO portfolio to include two additional routers, a range extender and a USB adapter. 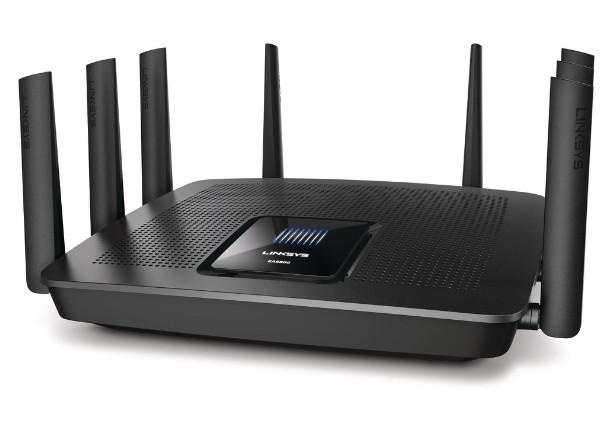 The new Linksys MAX-STREAM line-up leverages the next generation of Wi-Fi - 802.11ac Wave 2 MU-MIMO (Multi-User, Multiple-Input, Multiple Output) technology, which helps ensure uninterrupted Wi-Fi connectivity to all the devices in the home and function as if multiple devices have their own dedicated router. With MU-MIMO, the whole household can play video games; listen to music, check email, shop, stream movies, and more - all at the same time. All these new solutions will be on display at our CES booth- South Hall, #30445.

According to a white paper by ABI Research The Importance Of Mu-Mimo In The Wi-Fi Ecosystem more than 84% of all wireless 5GHz chipsets will be MU-MIMO enabled by 2019. To keep up with the speeds and performance of client devices coming to market such as 4K TVs, laptops, smartphones, tablets and game consoles, consumers will want to make sure they have the latest Wi-Fi router that can support all the new devices coming into the home. Sandvine Research has reported that 70% of internet traffic in North America consists entirely of streaming video and audio content from sources like Netflix, Amazon Prime Instant Video, iTunes, Pandora and many other sources. It was 30% five years ago.

"Our new line-up of Linksys MU-MIMO solutions provide the networking backbone to allow consumers to enjoy high-performance and simultaneous Wi-Fi, including speed, range, and coverage", said Justin Doucette, director of product management, Linksys. "With the rise of 4K streaming and the growth of MU-MIMO clients, having the latest MU-MIMO technology is the best way to ensure users get the best Wi-Fi experience possible."

The new Linksys AC1900 MU-MIMO router leverages the 802.11ac Wave 2 MU-MIMO (Multi-User, Multiple Input, Multiple Output) technology, which helps ensure uninterrupted Wi-Fi connectivity to multiple devices in the home and function as if multiple devices have their own dedicated router. With MU-MIMO, the whole household can play video games, listen to music, check email, shop, stream movies, and more - all at the same time without buffering or lag. The EA7500 features:

Outfitted with Next Gen AC Wi-Fi technologies such MU-MIMO and Tri-Band that work in concert to deliver powerful Wi-Fi at the same time and same speed to multiple connected devices including 4K TVs, gaming consoles, wireless printers, laptops and other connected devices at home or in the office at combined speeds up to 5.3 Gbps. As one of the most powerful Wi-Fi routers in the market, the Linksys Max-Stream AC5400 provides business grade functionality to get your home or small office up and running quickly along with exclusive Linksys Smart Wi-Fi software that provides added control of the EA9500 Wi-Fi Router from anywhere, at any time. EA9500 Wi-Fi Router also features a robust set of advanced offerings:

The First range extender with next generation AC Wave 2 technology - MU-MIMO, works with any Wi-Fi router however when paired with a MAX STREAM router it can provide even greater performance to Wi-Fi devices all around the home with seamless roaming. The combination of a MAX STREAM router and range extender creates a single network in the home with a single network name (SSID) so users can roam throughout their home without having to manually connect to the range extender. The Linksys MAX STREAM Range Extender also features Spot Finder Technology (Patent Pending) to show users where to place the range extender using a mobile device for optimal performance. Crossband Technology maximizes the simultaneous use of both bands, while Beamforming focuses and strengthens the Wi-Fi signal. Additional features include:

The Linksys AC600 USB Adapter is the first MU-MIMO enabled adapter on the market. It enables users to connect their laptops and computers to a wireless-AC network as well as a MU-MIMO router for optimal performance, so users can easily stream high-definition video and enjoy high-speed gaming. Additional features include:

Linksys Smart Wi-Fi is a cloud-based free service that comes with Linksys Smart Wi-Fi Routers and the latest WRT routers. It gives users highly secure access to their home network from a browser, smartphone or tablet. Users can instantly tap into their home network to check the connection status of their devices, give a guest access to the Internet, or block their child from accessing harmful websites. Users can also prioritize which devices on the network get the most bandwidth to eliminate lag times and buffering. On the upcoming Smart Wi-Fi updateÃ¢€Â¡, EA9500 users can opt-in to get notifications on their router status. It'll tell users when the router is offline so users can easily trouble-shoot to get their router back online and running. In addition Smart Wi-Fi is getting a complete makeover. New user interface with updated colors and user experience will make connecting and managing your home Wi-Fi easy! New improved features include providing guest access and media prioritization so the devices users want to have top priority for internet access can be done quickly on the app. New user interface will be available for all Smart Wi-Fi router users.