All the latest electric cars (EV) and ICE cars news covering new and upcoming releases and technologies to hit the market - Page 59.

Model S owner turns his garage into a Tesla showroom

It's pretty safe to say that Tesla Motors doesn't have just customers, they have fans. And a video posted on YouTube by user DÆrik proves it. 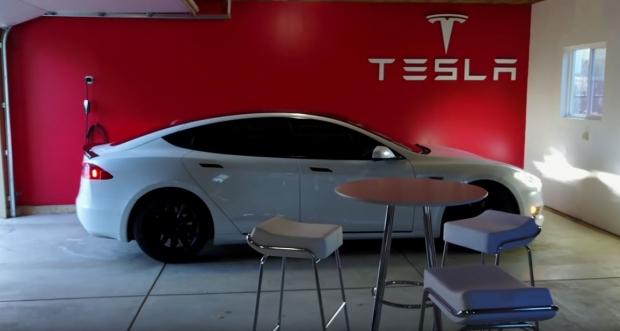 In the video, Erik documented the transformation of his plain-looking garage to a Tesla showroom. He painted the wall red, installed the Tesla sign and even completed the look with the same stools and table that Tesla uses in several of its showrooms.

You can check out the entire process in the video and let us know what you think in the comments.

Tesla will charge lazy drivers who park at Superchargers

Recently, some electric car owners expressed their discontentment with reckless drivers who take advantage of Tesla's charging stations. Apparently, many owners use the charging stations as parking spots which result in other drivers not being able to charge their cars.

Elon Musk made a statement on Twitter saying that Tesla Motors will react and do something to improve the availability of Superchargers. And we didn't have to wait long because Tesla announced on their official blog that they are introducing a fleet-wide idle fee that aims to increase Supercharger availability.

We designed the Supercharger network to enable a seamless, enjoyable road trip experience. Therefore, we understand that it can be frustrating to arrive at a station only to discover fully charged Tesla cars occupying all the spots.

This 681 HP Ferrari will be released in only 10 units

Ferrari unveiled their new limited edition car - J50. The two-seater car is introduced to commemorate the 50th anniversary of Ferrari in Japan, which is why the car is named J50. 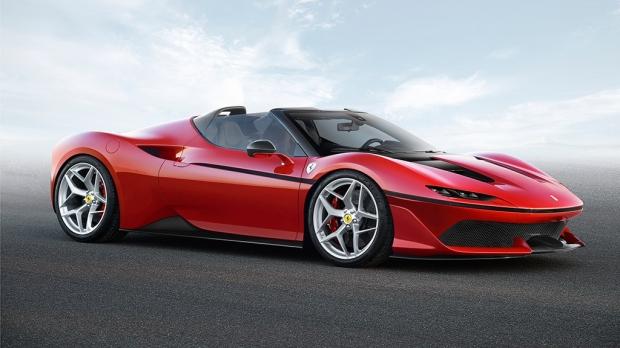 Based on the 488 Spider, the J50 is powered by a specific 690 cv version of the 3.9-litre V8 that won the overall International Engine of the Year Award this year. The output is up by 20 horsepower, giving the J50 a total of 681 HP.

The design of this mid-rear-engined roadster is futuristic, but the inspiration for the car's bodywork was inspired by iconic Ferrari cars such as the F40 and F50.

Continue reading: This 681 HP Ferrari will be released in only 10 units (full post)

Tesla's Autopilot in action: Saving from an accident

The U.S. National Highway Traffic Safety Administration (NHTSA) reports that last year there were 6.3 million vehicle crashes in the US. Recently, they said that traffic deaths jumped by 10.4% in the first six months of 2016. The statistics are quite terrifying. Nearly 1.3 million people die in road crashes each year, and as many as 50 million are injured globally. 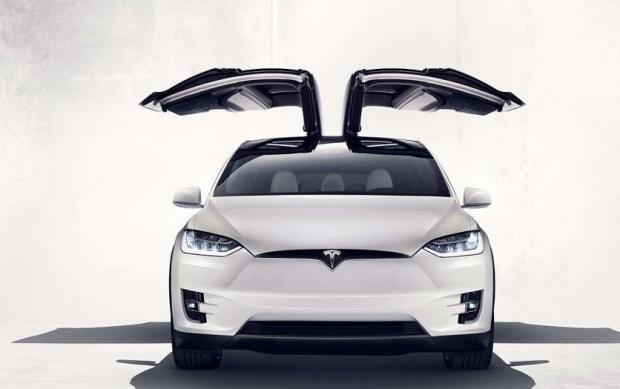 Self-driving cars will save millions of lives caused by careless or drunk drivers, and this video posted on YouTube by user Kyle Conner shows that Tesla's Autopilot is already saving lives.

Although the Autopilot on this Tesla Model X wasn't activated, the system is always on for safety even when not active. The footage shows the system warning of a potentially serious accident which alarmed the driver and helped him react in time.

Electric car that has a garden and turns into an office

Rinspeed, a Swiss car manufacturer, is famous for its exotic concepts that don't enter into production but attract a lot of attention. 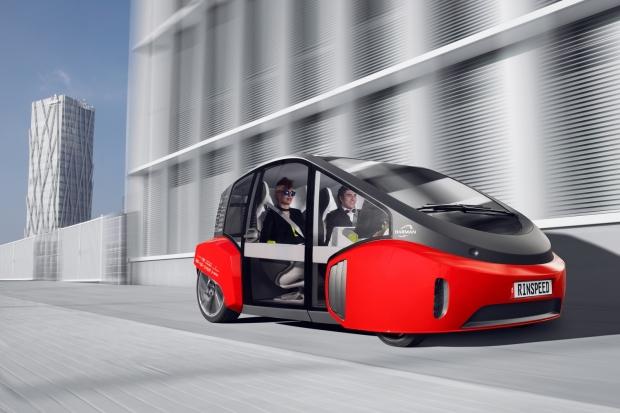 At CES, the company will introduce a self-driving electric car called Oasis that also has a small garden plot behind the windshield. Yes, a garden. I guess if you are stuck in traffic you can plant or water your flowers or something?

With its large glass areas and shrouds on the front wheels, the refined and swift two-seat runabout looks rather futuristic. The company says they found the inspiration for this concept in the famous Star Wars icon R2D2 because their car can also turn on its wheels with almost a zero radius thanks to a special steering angle, two in-wheel electric motors and torque vectoring.

Continue reading: Electric car that has a garden and turns into an office (full post)

Another day, another teaser from Faraday Future. This one reveals the most so far when it comes to the design, and as we previously reported, they aren't going for a conventional design.

The image also shows that the LiDAR sensor is placed in the middle of the hood. From what we saw so far, they are aiming for a futuristic look of the car.

The previous image revealed that Faraday Future decided to ditch the side view mirrors and instead install cameras. This is something that Tesla did with their Model X when they first unveiled it, and BMW with i8. However, those cars didn't go into production with cameras instead of mirrors because transportation laws and regulations didn't allow for it. Since then, Japan has approved this feature on their roads and many other countries are reportedly looking to do the same.

Faraday Future car will have cameras instead of mirrors

Faraday Future is preparing for their big event at this year's CES on January 3rd when they will unveil their first production vehicle. 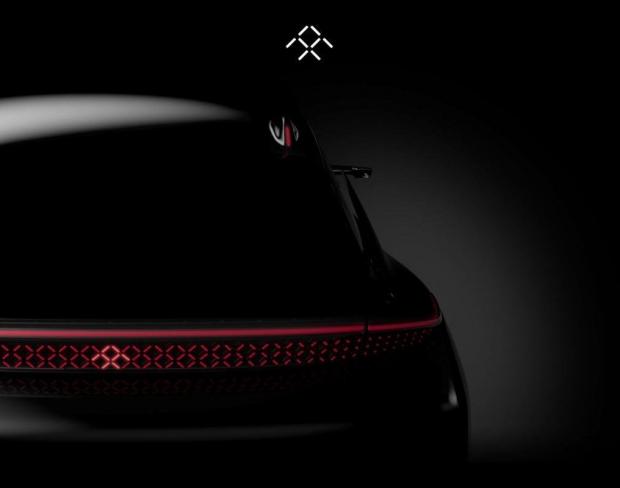 The electric car should be a mass-market vehicle and one of Tesla's competitors. So far, Faraday Future is successfully hiding the details about their electric car, but they posted another teaser on their Twitter which gives us at least some insights.

The image of the cars reveals that Faraday Future decided to ditch the mirrors and instead install cameras. This is something that Tesla did with their Model X when they first unveiled it, and BMW with i8. However, those cars didn't go into production with cameras instead of mirrors because transportation laws and regulations didn't allow for it.

Continue reading: Faraday Future car will have cameras instead of mirrors (full post)

So far, we've heard a lot about Faraday Future, but haven't actually seen anything. The American startup company established in 2014 has yet to unveil their first electric car. 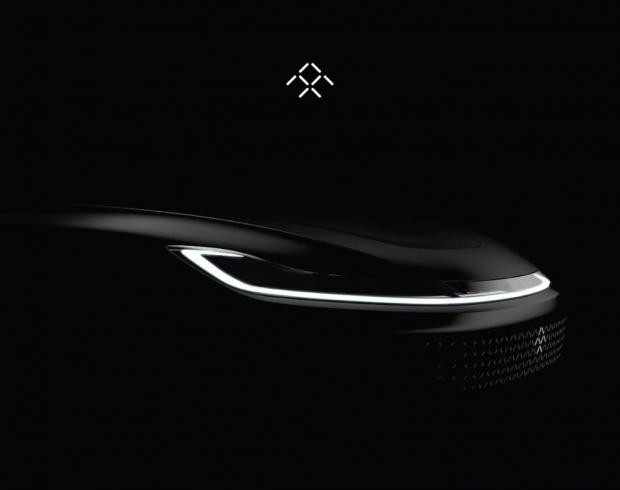 There was a lot of hype before their event at last year's CES, but many were left disappointed. Instead of a mass-market car, the company showed a futuristic concept named FFZERO01. The company will now try to redeem themselves at this year's CES.

They have shown a teaser for their CES event, which will be held on January 3rd, stating that they will unveil their first production vehicle.

In case you ever wondered how a car with 41,999 LED lights would look like (couldn't they have fit just one more?!) Lexus has you covered.

To promote the new video of a UK singer Dua Lipa, Lexus partnered up with Vevo and the result is the Lexus LIT IS, a 2017 Lexus IS version of the car with the addition of 41,999 programmable LED lights.

The LEDs were placed on the car manually and if placed end-to-end, would stretch half a mile in length. The LED lights can also change colors in response to human gestures and music, which made it perfect for the promotion of the music video.

Uber wants to speed up the process of creating self-driving cars, so they went out and acquired an artificial intelligence startup based in New York. It is not known how much Uber paid for this deal, but the will also gain 15 specialists who will form a new AI division within the company - Uber AI Labs. 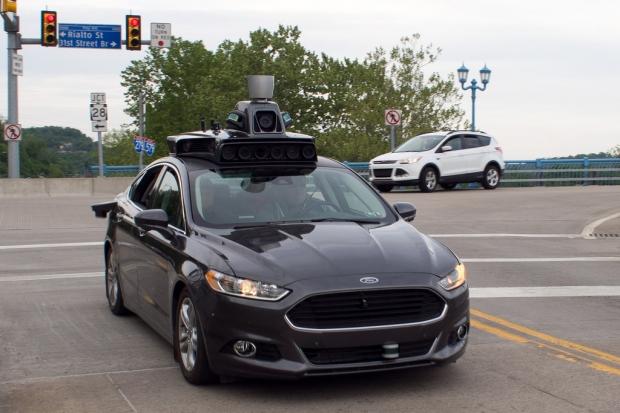 Gary Marcus, Geometric Intelligence co-founder, told the BBC that "the team would have a wide brief - ranging from improving traffic predictions to working towards a future of flying cars."

The description on the Geometrics Intelligence website says the startup was "founded by a group of noted scientists and leading machine learning pioneers, the team at Geometric Intelligence is redefining the boundaries of machine learning through innovative, patent-pending techniques that learn more efficiently from less data."