All the latest storage news, with everything related to solid-state drives, hard drives & plenty more - Page 6.

QNAP's new monster TS-h1290FX NAS is a new storage solution that would be perfect for a multitude of use cases, with content creation + video editing teams collaborating from the super-powered QNAP TS-h1290FX NAS. 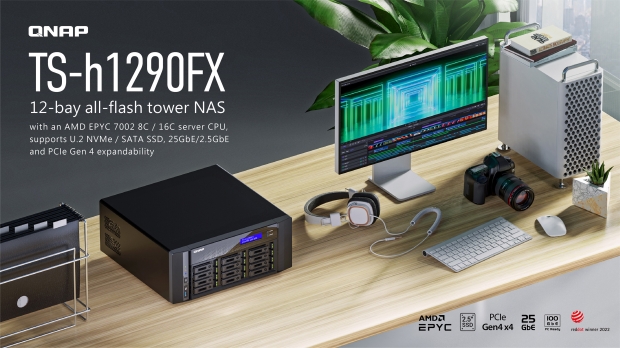 The new QNAP TS-h1290FX NAS is powered by an AMD EPYC "Rome" CPU, with up to 1TB of DDR4 ECC RAM, and 25GbE networking by default. There's also PCIe Gen4 expansion as well, so you can throw in a couple of super-speed 25/50/100GbE networking cards for up to 20 workstations to be directly connected to the TS-h1290FX NAS. In this way, you don't need a switch -- everyone can be directly connected into the NAS -- the QNAP way.

Sabrent doesn't sleep, with its thirst for storage dominance knowing no bounds, the company has just unleashed its new Rocket 4 Plus Destroyer 2 SSD... and man, it's a monster. 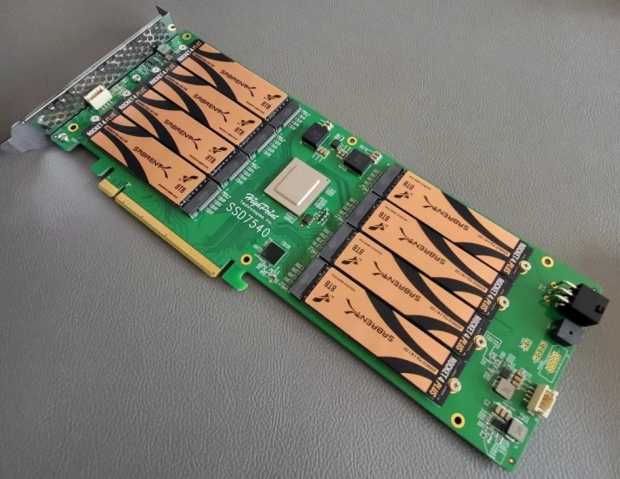 KIOXIA teams with HPE for the 'next wave of digital transformation'

KIOXIA will be showcasing its next-gen, flash-based solid state drives (SSDs) that are optimizing Hewlett Packard Enterprise (HPE) solutions, and in the words of KIOXIA "paving the way for the next wave of digital transformation". 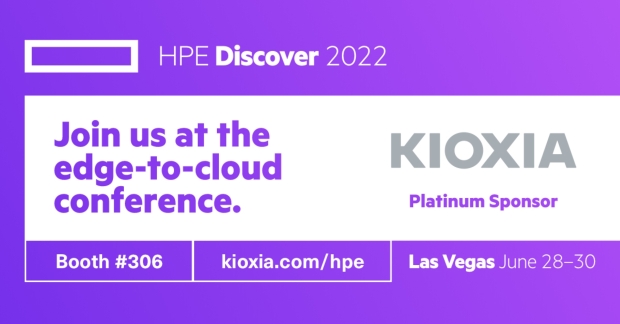 We'll see it all unveiled at HPE Discover 2022 between June 28-29, but before that we've got news that KIOXIA has been collaborating with HPE on best-in-class storage solutions over the last few years. This spans from mobile, through to data center, through to enterprise.

KIOXIA explains that these new class of SAS SSDs will be doubling the performance of PCIe 4.0-based SSDs, as well as new form factors that enable high performance and density. KIOXIA will have both live demos of its new HPE-beefed storage solutions, as well as two breakout sessions that will be focusing on its new products, and its longstanding collaboration with HPE that "showcases the companies' leadership in storage technology".

Continue reading: KIOXIA teams with HPE for the 'next wave of digital transformation' (full post) 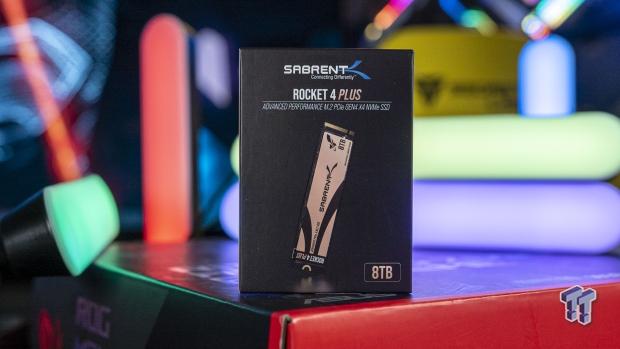 ASUS teased its ROG Strix SQ7 SSD but now we have more specifications on the first ROG Strix SSD.

The new ASUS ROG Strix SQ7 comes in 1TB, rocking the Phison E18 SSD controller, Micron's 176-layer TLC flash, DDR4 cache, and reads of up to 7GB/sec (7000MB/sec) and writes of up to 6GB/sec (6000MB/sec). This brings it in line with other high-end SSDs based on the Phison E18 controller.

ASUS says that its new ROG Strix SQ7 SSD will work inside of the PlayStation 5 console, with ASUS explaining: "The ROG Strix SQ7 internal M.2 PCIe Gen 4 x4 NVMe SSD redefines speed with DRAM buffering and a large SLC cache for up to 7000 MB/s data transfers. Built for superior security and accelerated gaming, the Strix SQ7 offers comprehensive hardware encryption and software solutions as well as extensive compatibility with both PCs and PlayStation 5. Level up your gaming experiences with faster loading times".

Phison unveiled its next-gen PS2026-E26 platform earlier this week, which will be the basis of PCIe 5.0 x4 storage solution for both consumers, and enterprise solutions. 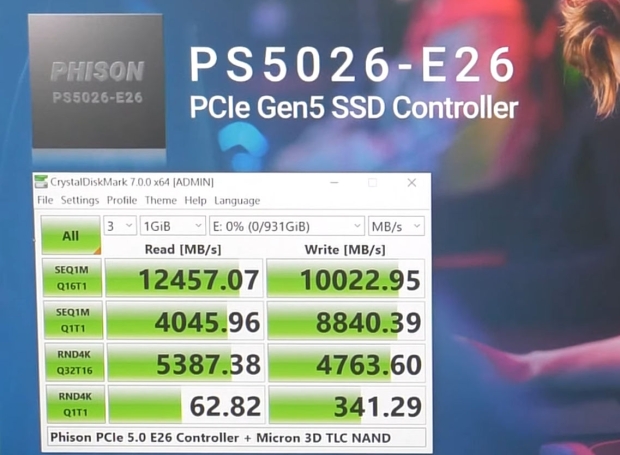 But in a recent test, Phison tested out its new E26 SSD controller on AMD's next-gen X670 chipset with the use of the ASUS X670 Crosshair Hero motherboard. In this new test, we get to see that Phison's next-gen E26 PCIe 5.0 SSD controller is capable of a huge 12.5GB/sec reads, and 10GB/sec writes.

If you've got a new Intel Z690-based motherboard or one of AMD's upcoming next-gen X670 or X670E-based motherboards, then you'll be all good for the world of PCIe 5.0 SSDs. That is, if you have the need... the need for speed... and lust after more and more storage performance.

Crucial has just introduced its new P3 and P3 Plus Value M.2 SSDs that are for the mainstream market, and available in both PCIe 4.0 and PCIe 3.0 variants. 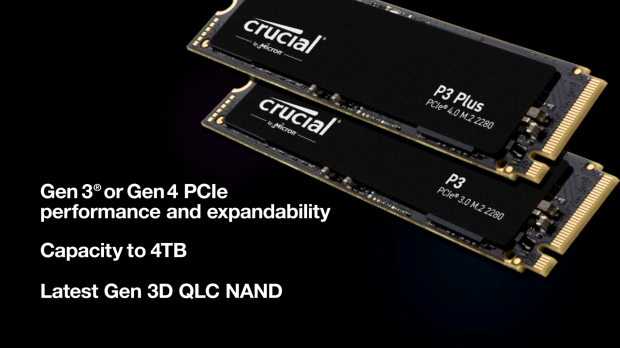 Crucial is making its new P3 Plus and P3 SSDs available in up to 4TB capacities, the additional speeds that the P3 Plus SSDs are pushing is all thanks to its PCIe Gen4 standard. The regular Crucial P3 Gen3 NVMe SSD is still hella-fast, but if you've got a Gen4 board, get the Crucial P3 Plus Gen4 NVMe SSD. 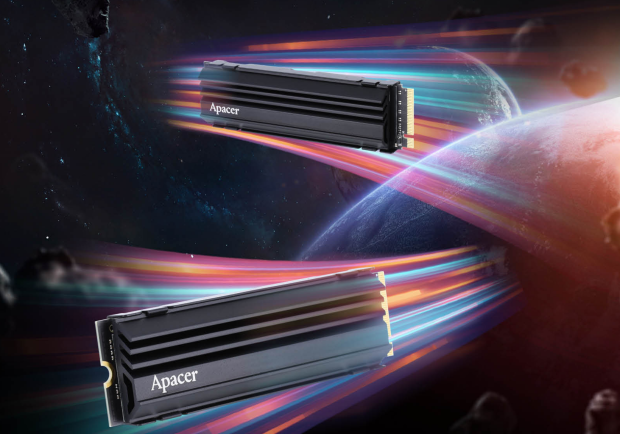 The new APACER PCIe Gen 5 NVMe SSDs are available in two versions: a standard APACER design, and then the ZADAK one, which looks virtually the same. Both of the new PCIe 5.0-ready SSDs support the latest NVMe 2.0 standard, with reads of up to 13GB/sec and writes of up to 12GB/sec on both drives.

Phison teams with AMD + Micron for PCIe 5.0 NVMe SSDs of the future 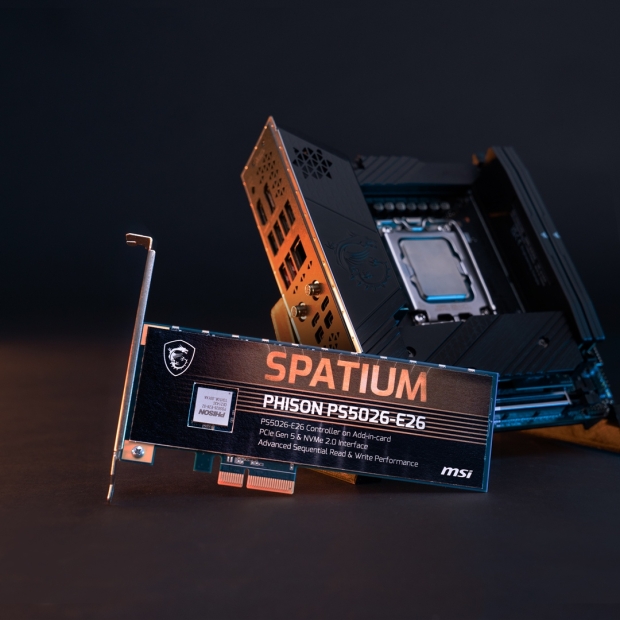 Phison has announced a strategic collaboration with AMD + Micron to form a cooperative PCIe Gen 5 ecosystem of compatible products. Phison will be at the heart of this with their flagship PCIe Gen5 SSD controller -- the new Phison PS5026-E26 -- that has 2x the performance over its previous generation flagship SSD controller.

Leo Huang, Sr. Director, Product Marketing, Phison said: "We are pleased to announce our cooperative effort with Micron and AMD to advance the technological development of PCIe Gen5 storage offerings, as this validates Phison's commitment to upholding customer-centric values. The E26 controller enables gamers to compete at the highest level and helps content creators to maximize the overall system performance to increase productivity".

OWC has just announced their new Envoy Pro mini SSDs, a super-small portable SSD with full-sized SSD performance that fits in your pocket.

The new OWC Envoy Pro mini SSDs are available in 250GB, 500GB, and 1TB capacities that works with everything. We're talking USB and Thunderbolt-powered (USB-C) Macs, PCs, Linux servers, iPads, Chromebooks, and more as millions of USB devices are in the wild.