The latest and most important Social Networking news - Page 29.

Trak Lord | Fri, Apr 29 2011 3:48 PM CDT
Yesterday at the Guardian Activate conference in New York, Twitter Vice President of International Strategy Katie Stanton confirmed that there are now over 200 Million registered users on Twitter. She commented that over 70% of Twitter traffic comes from outside the US, with around 25% in Japan alone. Also remarkable -but not altogether surprising- is that 40% of Twitter traffic comes from mobile phones.

Stanton also noted that because the founders of Twitter (Evan Williams, Noah Glass, Biz Stone, Jack Dorsey) wanted the service to be accessible even in parts of the world with very weak mobile capability. This makes sense as Twitter was an invaluable resource for news, status updates, and communication during both the Egyptian Revolution and Japanese Earthquake & Pacific Tsunami events of this year.

Given their growth rate, it is quite possible that Twitter will catch up to Facebook within the next two years, especially considering that many people use both for different reasons. It is clear that Twitter is going to hang around for a while- I for one cannot be happier. Brevity is the soul of instantly accessible knowledge- embrace the short form and sign up.

Friendster To Delete All Data- Just Letting You Know

Trak Lord | Tue, Apr 26 2011 3:05 PM CDT
Does anyone remember Friendster? Better yet, does anyone still have a Friendster account? Deemed "the social network pioneer", Friendster began in 2002- and that's pretty much it. It began in 2002.

For some reason, Friendster was just a tad too early to enjoy what would become a social media boom- then again, MySpace hasn't really fared any better. It has been the subject of nigh infinite malign ever since its inception- including one my favorites by the Onion- which will now be just as outdated as its subject:

Evidently Friendster hasn't been doing that badly, as it managed to raise almost $50 million in venture capital and was subsequently acquired by a Malaysian firm, MOL Global for possibly $40 million in 2009.

Much like MySpace, Friendster is repositioning as an "entertainment and news site" (I wonder if at some point there's going to be some kind of internet elephant graveyard for social-networks-turned-entertainment-news...

Trak Lord | Wed, Apr 13 2011 8:53 PM CDT
Though social network Facebook founder Mark Zuckerberg may have inadvertently sold half of his company to some rando from upstate New York, another rando is saying it won't matter because Facebook has the capability to become the world's largest bank by 2015. 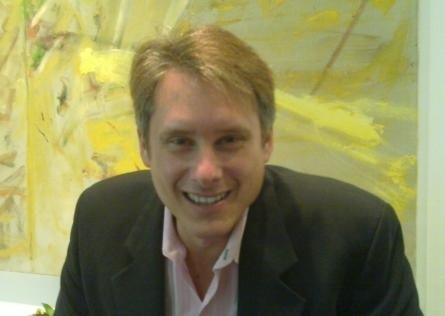 Rutkowski's logic is as follows: he claims that 40%-50% of people play games on Facebook, and that playing those games requires in-game purchases (they're not actually required, but it's easier to play them if you buy virtual goods), and....well, it gets kind of fuzzy after that. He goes on to claim that China and the rest of Asia already use Facebook as a massive revenue source...

GetGlue is a social service that allows users to check-in to films, television shows, books, music, sports games, etc.; it's like the Foursquare of...pretty much everything. They then use your check-ins and likes to tabulate stats and data to better recommend other pop culture for you to consume (sidenote: as much as this seems helpful, algorithms and similar services like Netflix and even the Facebook suggestions are generally redundant- big @#$%ing surprise, I liked SNL and now you're recommending that I would enjoy 30 Rock, which features at least 50% former SNL cast members. Thanks, supersmart algorithm). 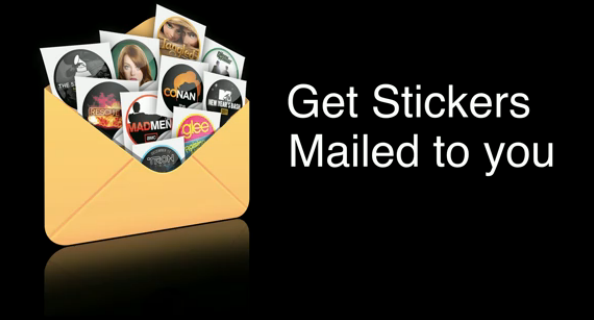 You know how Foursquare has digital badges? Well GetGlue gives you physical, touchable, and stickable badges based on your commitment to the things you like and check-in to. Incredibly, this service has managed to take advantage of what everyone else is trying to eleiminate (including Netflix): Snail Mail. They just mail the stickers to you. Wow. Good for you, GetGlue.

Foursquare evolves, peers at Facebook waiting for their next move

Anthony Garreffa | Thu, Mar 10 2011 8:00 AM CST
It's SXSW time and with it comes some changes to social networking giant, Foursquare. Foursquare have started rolling out the changes ahead of the official start of the event on the 11th. 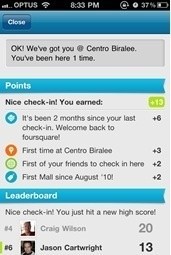 The changes are somewhat different to what you'd expect and creates an evolving step toward something exciting for Foursquare. Version 3.0 brings a bunch of changes which are listed below. I'm sure Facebook won't be far behind this, Zuckerberg's fist must be shaking in the wind right about now.