Just last year, it was revealed that a Stanford-trained scientist had created the world's first gene-altered human baby. That scientists and a few of his colleagues have now been sentenced in a secret Chinese court. 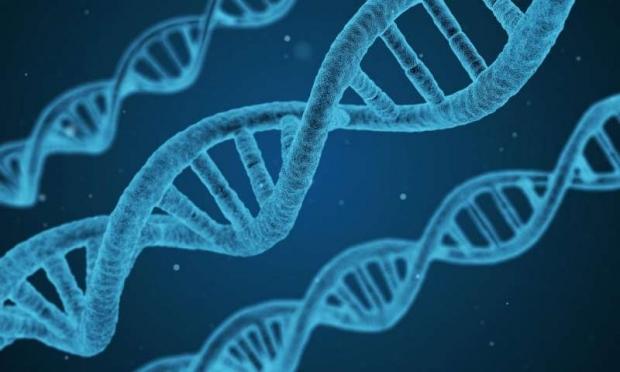 He Jiankui and his two colleagues are facing prison time of three years for being found guilty of "illegal medical practice". Jiankui is also required to pay a huge 3 million yuan fine, which is equivalent to $429,000 USD). Think that's where the pain for Jiankui stops? Nope. He is also banned from reproductive medical work for life.

China's state-run Xinhua News Agency says that back in 2016 the scientists and his co-workers (Zhang Renli and Qin Jinzhou) assisted in enabling the reproduction of "multiple couples of HIV-infected persons." The team edited the embryos of two of the babies that were implanted into women, removing the CCR5 gene in hopes of making the offspring resistant to HIV. The women eventually gave birth to three gene-edited babies.

If you didn't know, every planet in the solar system spins at a different speed. This is due to each of the planet's size and mass. So how fast are other planets spinning in comparison to Earth?

James O'Donoghue, a planetary scientist at the Japanese space agency (JAXA) and a former scientist over at NASA, has comprised a short animated video that gives us a clear visualization of each of the planets rotation speed. The video shows one globe, but each of the sections of the globe is the different planets in the solar system. Each is rotating at their respective speeds.

Earth rotates at 460 meters per second or roughly 1,000 miles per hour. This is how we established that there are 24 hours in one day. The above video shows how each of the other planet's full rotations compares to Earth's relative to our star. O'Donoghue said on Twitter, "I had the idea to make this back in December last year but I didn't think people would be interested in it." Since then, the video has had over 215,000 views.

Continue reading: Here's a video of how fast each planet spins in one slick giant globe (full post)

NASA's Curiosity rover is hard on work uncovering mysteries and creating new ones on the distant red planet, and now it's at the center of another one. 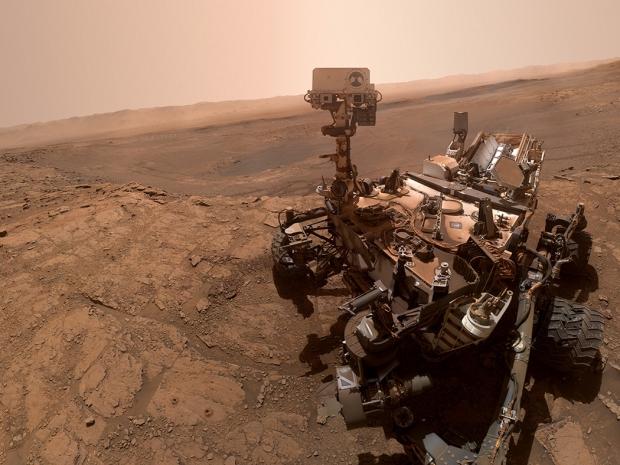 Curiosity has given planetary scientists another brain teaser to wrap their heads around as the SUV-sized laboratory has found "significant seasonal and year-to-year variability" in Mar's oxygen levels. The SAM instrument aboard Curiosity measures what molecules makeup Mars' atmosphere. Scientists know that as the planet goes through its seasonal changes - CO2 freezes in winter, reducing air pressure. During summer and spring, things thaw out, and the CO2 raises air pressure.

Oxygen, on the other hand, accounts for only 0.16% of the Mars atmosphere but didn't follow the expected rises and falls. Melissa Trainer, a planetary scientist at NASA's Goddard Space Flight Center and first author on the new study, said "The fact that the oxygen behavior isn't perfectly repeatable every season makes us think that it's not an issue that has to do with atmospheric dynamics. It has to be some chemical source and sink that we can't yet account for."

With the planet becoming more and more demanding on energy, physicists already began exploring ways of creating unlimited energy. Now, we could be on the brink of unlocking it. 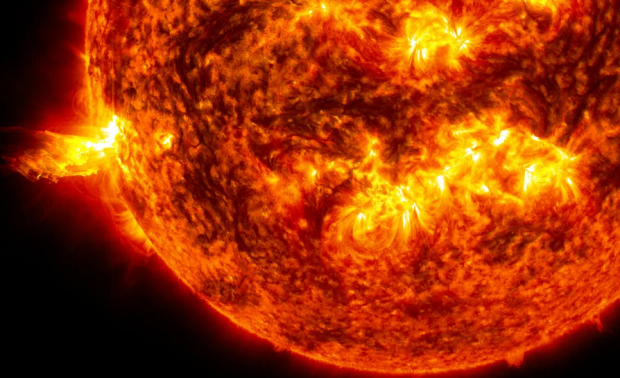 The Sun, our main source of energy in the solar system, generates its energy by nuclear fusion of hydrogen nuclei into helium. At the Sun's core, 500 million metric tons of hydrogen are fused each second, emitting massive amounts of energy. Physicists for some time have been trying to attempt to replicate this same principle of nuclear fusion on Earth, and if that is achieved, we can expect an unlimited supply of electricity.

According to scientists from the Princeton Plasma Physics Laboratory (PPPL), boron powder has been injected into the plasma allowing for more control of the experiment, a lowering in greenhouse gas emissions, and removal of long-term radioactive waste. Adding boron powder to the mix of plasma prevents the tungsten in tokamak (fusion facilities) walls from interacting with the plasma.

Have you ever wondered what Earth would look like hundreds of millions of years from now? Scientists wondered the same thing and decided to great a great animated video of what our blue planet would appear to look like.

General science dictates that the entire Earth is divided into several tectonic plates that are floating on top molten rock. When these tectonic plates bump, we experience large scale earthquakes, sometimes resulting in tsunamis, depending on how big the 'bump' is.

Chris Scotese, a professor with Northwestern University's Dept. of Earth and Planetary Sciences studies the planets plate tectonics and how Earth's appearance will change in the future. On his YouTube channel, he has created an animated video showcasing how Earth will change in the millions of years to come, all the way up to 250 million years plus.

Just as we are about to close out the decade, we have been blessed by the annual solar eclipse. This year the Moon passed in front of the Sun to create a "Ring of Fire" effect. 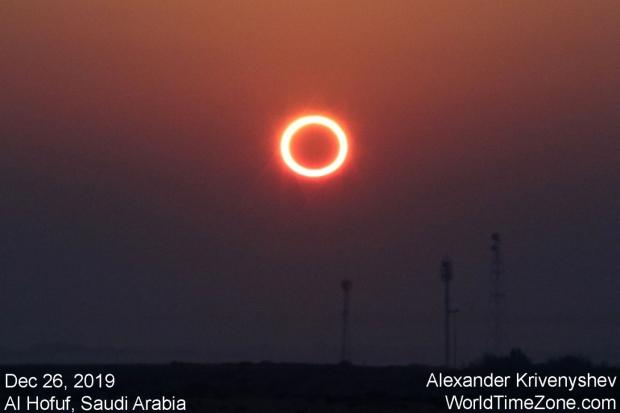 People in the Eastern Hemisphere would have been star-struck as the Moon passed in front of the Sun, covering the face of the star. Due to the Moon being much smaller than the Sun and the position of Earth at the time, the leftover light emitting from Sun bled around the sides of the Moon, creating that gorgeous "Ring of Fire" effect.

According to Alexander Krivenyshev, the man who took the above image, "It was an amazing experience. This morning's annular eclipse was during sunrise, with some sand dust by the horizon. [A] beautiful, really beautiful, classic 'Ring of Fire' above Saudi Arabia." Not only did people on the ground enjoy the light display, but so did the astronauts in the International Space Station. Astronaut Jessica Meir posted several images of the show the Moon was casting on Earth on her Twitter account, check out those images in the entirety of this article.

Continue reading: The decades last eclipse was a 'Ring of Fire' that captivated millions (full post)

While you would originally be thinking that it would be Santa Claus landing on your roof on Christmas Day, it very well could of been a meteor the size of King Kong. 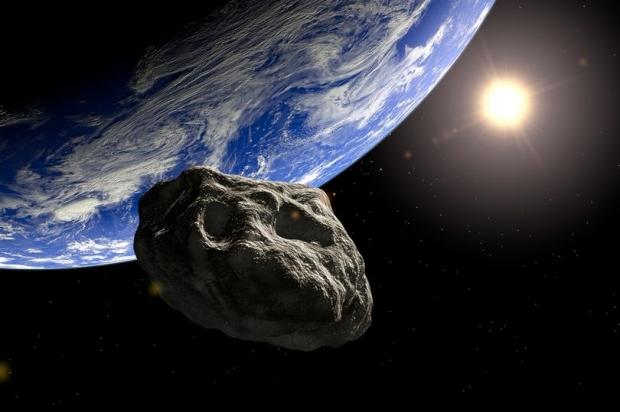 The meteor which is called 2019 YB1 was scheduled to have a near miss with Earth on Christmas Day at around 11:41 GMT. NASA says that the space rock is estimated to be anywhere between 13 and 28 meters in diameter (almost 100 feet).

How close was it to colliding with Earth's atmosphere and breaking up? Estimations indicate that 2019 YB1 was about 993,000 miles from our planet, and while that might sound like quite the distance NASA says that this encounter falls under "close approach". At the time of its passing, 2019 YB1 was hurdling through space at 12,303 mph.

In almost half a decade, NASA's Mars 2020 rover has taken to the streets and successfully completed its first drive.

While the rover didn't literally take to the public streets, it did successfully complete a driving test where it steered and drive in three-foot increments. The initial driving took the rover over small ramps that were covered in special static-control mats. The ramps were at different heights, as this was a way for the rover to simulate rocks and other obstacles that will be present on Mars' surface.

The team behind the rover has equipped the vehicle with much better cameras that have a larger field of view and have a higher resolution. Not only does the rover get better cameras, but its also being equipped with better auto-navigation software that will allow the rover to travel up to 650 feet per day. NASA expects that the rover will land on Mars in 2021 and begin its search for life and information regarding Mars.

New satellite launch to take an unprecedented look at 4,000 exoplanets

A new satellite called CHEOPS just launched into low-Earth orbit with the mission of observing and examining a number of exoplanets located outside our solar system. 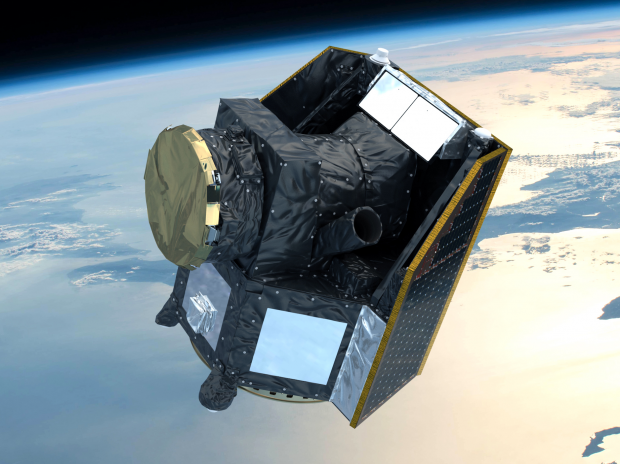 CHEOPS was originally meant to launch this past Tuesday, but just as the launch was about to go underway, some problems occurred. After these problems were fixed, the satellite launched into low-Earth orbit on the Soyuz-Fregat rocket from Kourou, French Guiana. CHEOPS camera lens only measures in at 32 centimeters in diameter, but don't let its size fool you, as the plans for the satellite are to relay unprecedented information back to astronomers.

CHEOPS will be taking a look at some 4,000 different exoplanets that astronomers have located and measure their size, mass, and atmosphere. Through this examination, astronomers will be able to determine what the composition of the planet is and if it has the possibility of harboring life. CHEOPS will stand as a new tool for astronomers to use in the hunt for life outside of Earth.

SpaceX will be doing another delivery of cargo to the International Space Station next March, and aboard that flight will be some cannabis.

According to a new press release from Front Range Biosciences, who are partnering with SpaceCells USA Inc. and BioServe Space Technologies at the University of Colorado to send hemp and coffee tissue to the International Space Station. The idea behind smuggling hemp to the ISS is to examine the effects of zero gravity on the plant's metabolic pathways.

While you might think that the astronauts aboard the ISS are going to be blazing up with their new stash in March, this is hardly the case. While hemp and weed (cannabis) are the same plant, for the plant to be deemed hemp it has to have no more than 0.3% THC (tetrahydrocannabinol), the psychoactive chemical found in marijuana. For comparison, marijuana usually has anywhere between 5 to 20% THC; from this comparison, you can see its impossible to 'get high' on hemp.

Continue reading: SpaceX will smuggle a stash of weed to the ISS for 'testing purposes' (full post)