The latest and most important Operating Systems news - Page 3.

Microsoft teases 'next generation of Windows' with reveal 'very soon'

Microsoft is about to reveal the next-generation of Windows, with CEO Satya Nadella teasing big things are coming to Windows very soon. 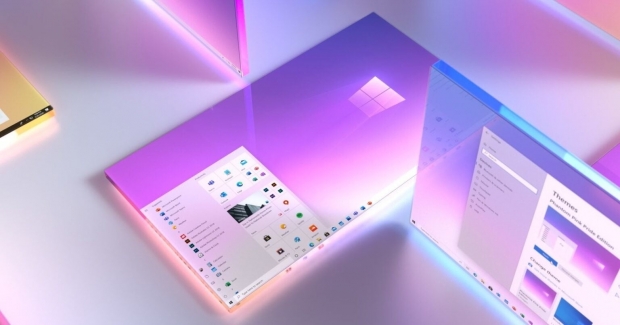 Microsoft CEO Satya Nadella said during his Build 2021 keynote this morning: "Soon we will share one of the most significant updates to Windows of the past decade to unlock greater economic opportunity for developers and creators. I've been self-hosting it over the past several months, and I'm incredibly excited about the next generation of Windows. Our promise to you is this: we will create more opportunity for every Windows developer today and welcome every creator who is looking for the most innovative, new, open platform to build and distribute and monetize applications. We look forward to sharing more very soon".

We might not find out everything about the next-gen Windows during Build 2021, but it seems that we're going to see Microsoft at least outline what it wants to do with the future of its desktop OS over the coming days. This will have ripple effects throughout workstation or casual users, professionals, and gamers once the new Windows (11?) is announced.

There are billions of Windows users worldwide, but how many people still use Windows 7 in 2020? That number would be at least 100 million... staggering, but it has dropped by 100 million since 2019, where 200+ million were using Windows 7. 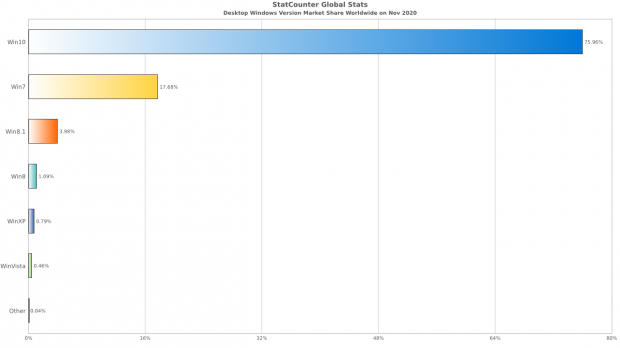 The numbers from StatCounter show that Windows 7 has around 17% market share from all Windows operating systems, with Windows 10 far out and beyond that with 76% of people using Windows 10 as of November 2020. Microsoft estimates that there are around 1.5 billion users running Windows worldwide.

Microsoft nixed support for Windows 7 in January 2020, just under 11 years since the operating system launched back in 2009. Windows 7 was a big change in operating system gears for Microsoft, but man Windows 10 has come along way in that time.

The first Windows 10 Preview Build for 2021 is here, packed with stuff

Microsoft has rung in the New Year with the first Windows 10 Insider Build of 2021, with Insider Preview Build 21286 available for anyone in the Insiders in the Dev Channel of the Windows Insider Program.

What's new? Microsoft is introducing news and interests right there on the taskbar for you, explaining: "With news and interests on the Windows taskbar, you get quick access to an integrated feed of dynamic content such as news and weather that updates throughout the day".

If you want the very best in installing Windows 10 on your system, grabbing the ISO file and throwing it on a super-fast USB 3.0 flash drive can super-speed your Windows 10 installs. 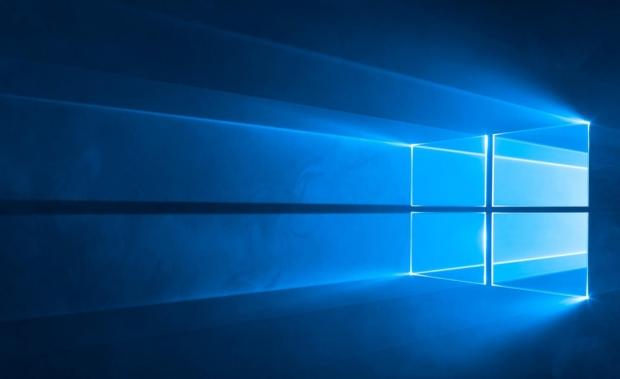 Continue reading: Grab this ISO file of the latest version of Windows 10 for an install (full post)

Where do you want to go to today? Windows 95 is now 25 years old

Microsoft celebrates the 25th anniversary of Windows 95 -- its most important operating system release of all time. It had industry-setting standards, features, and technologies -- that propelled Microsoft to OS dominance.

Ah, the golden years of PC -- where you had to decide on which Pentium to buy, how many megabytes of RAM you'd buy, the decision between IDE or faster (and more expensive) SCSI hard drives -- and whoaaa the introduction of CD-ROMs, and Creative Sound Blaster.

Oh, and who can forget the Start button, menu, and taskbar -- paradigm-shifting UI introductions with Windows 95 by Microsoft. Windows 95 has a laundry list of features that changed the operating system landscape and created total and utter OS dominance by Microsoft.

Continue reading: Where do you want to go to today? Windows 95 is now 25 years old (full post)

Apple held its annual WWDC developer conference yesterday, and one of the things that it unveiled at the show was the next generation of macOS. The next operating system from Apple is called Big Sur, and Apple says that it will bring with it a "beautiful redesign" that's new but familiar. Apple's browser Safari is also getting new features, including a customizable start page, more powerful tabs, quicker and easier translation, and a new Privacy Report. 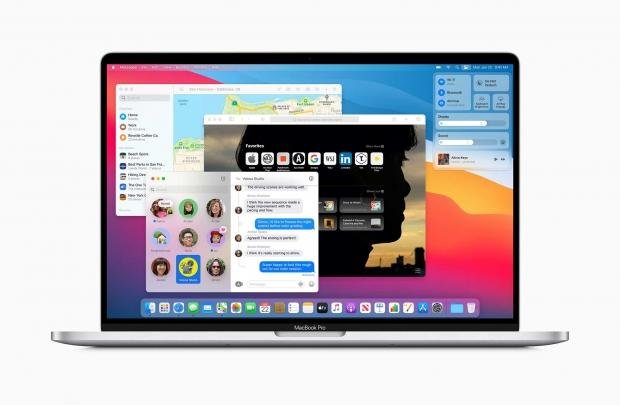 Big Sur will also bring a redesigned Maps application that offers immersive features enabling users to explore and navigate the world. "macOS Big Sur is a major update that advances the legendary combination of the power of UNIX with the ease of use of the Mac, and delivers our biggest update to design in more than a decade," said Craig Federighi, Apple's senior vice president of Software Engineering. "With its modern and clean look, huge improvements to key apps including Safari, Messages, and Maps, and new privacy features, we think everyone is going to love the breakthrough experience that macOS Big Sur offers."

Apple says that Big Sur is the most significant design upgrade since the introduction of Mac OS X and is designed specifically to make navigation easier and put controls at the fingertips of users. Apple promises that everything about the operating system from the color palette and materials to the curvature of window corners has been refined. Icons in the dock are designed to be more consistent with icons across the Apple ecosystem without giving up their "Mac personality."

We're getting close to the halfway point of 2020, with Microsoft hard at work on some new updates for Windows 10 -- but now we're hearing some rumblings about the first big update to Windows 10 in 2021. 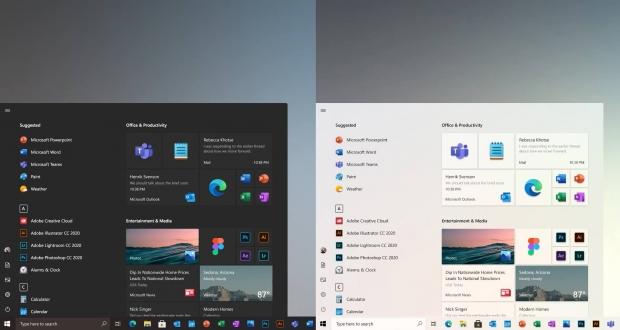 Windows 10 21H1 which is also known as Windows 10 Iron (Fe) is the first big update of 2021 for Microsoft's flagship OS, and it should sport Start menu improvements, and more. Microsoft first teased the new Start menu and parts of a refreshed UI a couple of months ago that moved away from Live Tiles.

If you're a Fast ring insider then you're going to get access to Windows 10 2021 codenamed Iron (Fe) in June 2020, which is just weeks away. The news came directly from an official Microsoft blog, but it was quickly edited -- with the codename of the new Windows 10 21H1 removed.

Windows has two security flaws that could give attackers remote access

Microsoft has announced that Windows currently has two critical security flaws that could open PC's up to being remote-controlled by attackers. 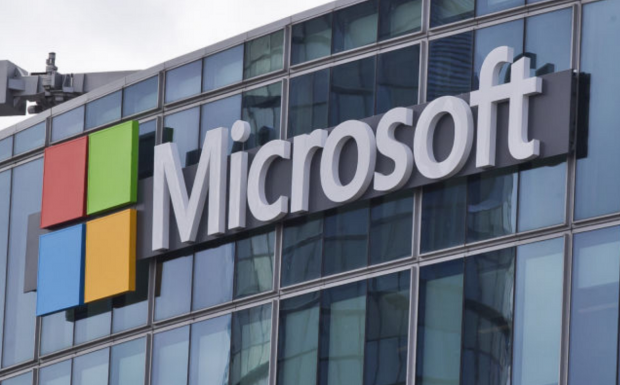 The news was announced on Microsoft's website under their 'security advisory' section. The post explains that these two critical vulnerabilities are at the moment only being used in "limited targeted attacks", and that these vulnerabilities could be present across all supported Windows operating systems. So, where are the vulnerabilities located? According to the announcement, the flaws are in the Windows Adobe Type Manager Library.

Windows Adobe Type Manager Library gives applications access to control and manage fonts for Adobe Systems. The security advisory post says that hackers could get targets to open documents that contain files that are malicious. The exploit could occur when Adobe Type Manager Library incorrectly "handles a specially-crafted multi-master font - Adobe Type 1 PostScript format," which could then result in the users' PC being hijacked remotely.

Windows users aren't the biggest fans of the Live Tiles that make the Windows 10 Start Menu appear cluttered, but that could all be coming to an end soon.

Twitter user, Aggiornamenti Lumia, posted the above Tweet showcasing what appears to be a revamped Start Menu from Windows 10. What we can immediately notice is that the Start Menu lacks Microsoft's Live Tiles that debuted alongside the Windows Phone 7 before they were eventually added to Windows 8. Many reports have come out about what Microsoft plans on doing with the Live Tiles, and some reports are suggesting that the company is planning on swapping them out with simple static icons.

WinCentral does accurately note that Aggiornamenti Lumia doesn't include what Build number this Windows is running on, so we can't precisely tell when (if) Microsoft is going kill off the Live Tiles. Microsoft has officially said that Windows 10's icons will be getting a colorful makeover, which will add a fresh splash of paint to a range of different apps. Perhaps Microsoft will sneak in the removal of the Live Tiles as they slowly roll out their app makeover update. More on that can be found here.

Windows 10 is finally getting a colorful well-deserved icon makeover

Windows has taken to its blog to announced that Windows 10 icons will be evolved into some newer and fresh. Microsoft will begin the re-design with some built-in apps like Alarms & Clock, Calculator, Mail, and Calendar. The effort behind this re-design is to bring a new level of consistency and connection across all of Windows' icons.

The first apps that will get the fresh coat of paint will be Calendar and Mail. The updates for them have already rolled out to Windows Insiders, as updates from the Microsoft Store. Windows 10 users can expect the rest of the icon updates to follow over the course of a few months. If you are interested in checking out more information for what Microsoft has planned for Windows 10, check out this link here.