The latest and most important Online Video news - Page 7.

Netflix's original content is growing about 185% per year with an even higher rate expected next year and the results are strong on the user end: Netflix original programming is rated 11.5% higher than syndicated content on average, according to data mined by AllFlicks. 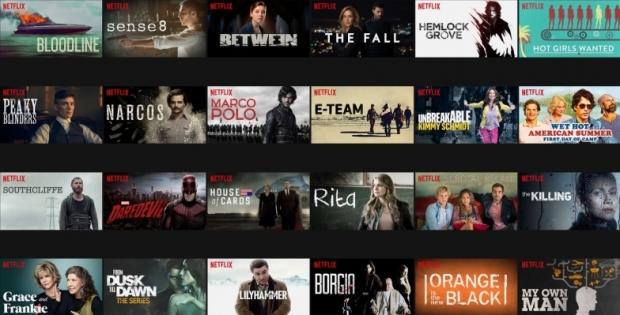 Netflix documentaries do best, rating 4.08 stars on average; shows do worst, but still beat out syndicated shows by 6.5%. Meanwhile, other content rates an average of 3.47 stars.

It's important to keep in mind total Netflix content has dropped 31.7 percent in two years as the company has emphasized original content, indicating a significant drop in syndicated works. As such, with more selection, it's possible syndicated works would be rated higher overall.

Movie rental service Redbox tried its hand at movie streaming in partnership with Verizon back in 2013, but killed the project about 18 months later. Now sources say it's trying again with Redbox Digital, a closed beta for which may launch soon.

Responding for comment, a Redbox spokesperson said, "Redbox continually looks for ways to enhance our customer experience. For tens of millions of consumers, Redbox is their source for new release rentals without a subscription. As such, we regularly conduct tests of potential new offerings, that may or may not be brought to market, as part of our ongoing commitment to provide additional value."

This time around the service will be on-demand, as with iTunes and similar services, as opposed to the Netflix subscription model seen with its Redbox Instant venture. TV shows as well as movies can be rented for streaming or purchased for indefinite storage. 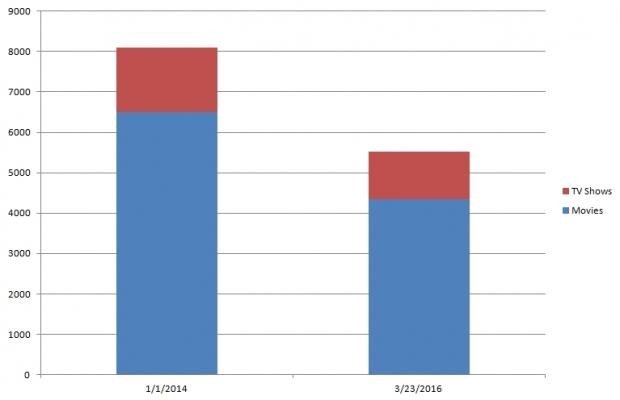 The company decided recently to sign deals with global rights only, which no doubt has increased its efficiency too, but with a significant impact on the amount of content it has available.

Some speculate the decline is also due to increased rights pricing caused by added competition from services like Amazon Prime. Whether this is true or not, Netflix chief content officer Ted Sarandos said last May that original programming -- like House of Cards -- "has been more efficient dollar for dollar" than licensed content and that "our appetite has only grown... we're moving (spending) from efficient to super-efficient." 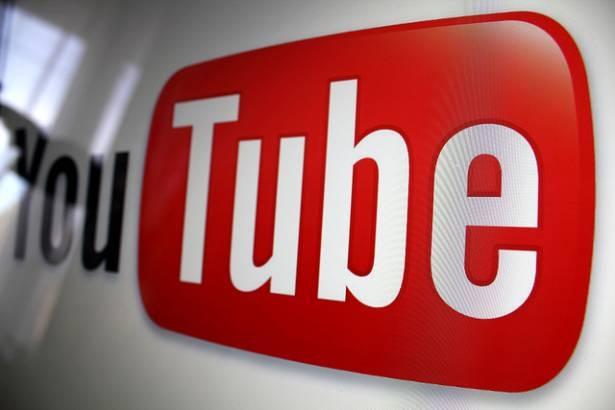 The app will be available to both iOS and Android users. Once you login with your Google or YouTube account, you can begin streaming right away. Features include chat, tagging, a news feed that displays clips from your friends and anyone you subscribe to on YouTube, and broadcast storage. Videos can be viewed on YouTube in addition to within the app itself.

There's no estimated launch date as of yet, but speculation says between now and May is entirely plausible.

Following its recent 15 million viewer NFL live stream, Yahoo is partnering with the National Hockey League (NHL) to stream free, live out of market hockey games via Yahoo Sports to US viewers. Starting tomorrow with the Tampa Bay Lightning-Philadelphia Flyers game at 730 PM ET, it will offer up to four games per week on top of the current Wednesday and Sunday national games (in partnership with NBC Sports). 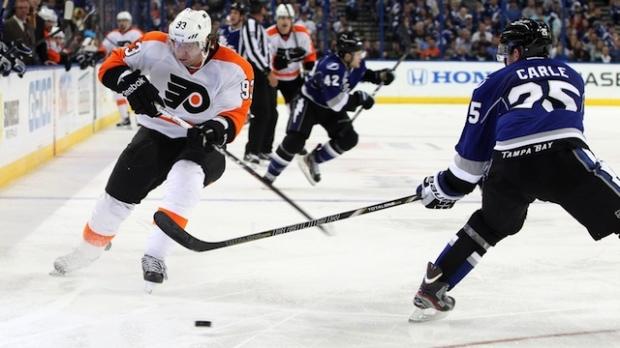 "This alliance brings us one step closer to providing fans a live professional sporting event every day, on Yahoo, completely frictionless and for free - no cable subscription or authentication required," says VP of Media Partnerships at Yahoo Phil Lynch.

Sony wants to own the 'Let's Play' video trademark

If you've ever made a "Let's Play" video, and you put that tagline in the title, watch out for Sony, because they actually own the trademark to that tagline. Not that anyone's actually in danger of being sued, however.

A user at NeoGaf was poking around and discovered that particular trademark registration by Sony. They originally filed for the trademark with the USPTO in October of 2015 and from the listing, they've been issued a non-final action, meaning more information is needed. And that was on December 29th.

The trademark itself is associated to all the things that it's used for by a huge amount of people, for "Electronic transmission and streaming of video games via global and local computer networks; streaming of audio, visual, and audiovisual material via global and local computer networks". So what does that mean for the hundreds of thousands of people that use it in that context?

Sony to launch its own 4K streaming service this year

CES 2016 - Sony plans to launch its own 4K video streaming service this year in the United States, filling out the noted lack of UHD video content. 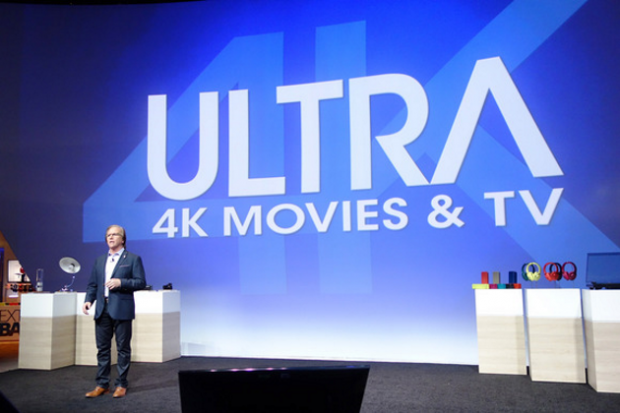 As of right now, 4K content is pretty limited, but Sony aims to help usher in the new Ultra Definition range with its very own streaming service. The service, called Ultra, will roll out on Sony's premium Bravia UHDTV's, and feature a range of 4K TV shows and movies from Sony Pictures Entertainment's expansive catalog.

Sony's production company has been shooting in 4K for quite some time, which will provide an expansive collection of UHD video. The Japanese tech titan also notes that all UltraHD video streams from the Ultra service will feature HDR (high-dynamic resolution), allowing for more crisp lights and darks.

Drunk Twitch streamer abuses her cat, gets banned and investigated

There are a lot of steamers on a variety of services that have seem to have a gimmick added to their repertoire in order to attract an audience, being drunk just one of those tools. This particular streamer, Kneecoleslaw, wasn't just drunk while playing video games, but she was also abusing her cat as a result. 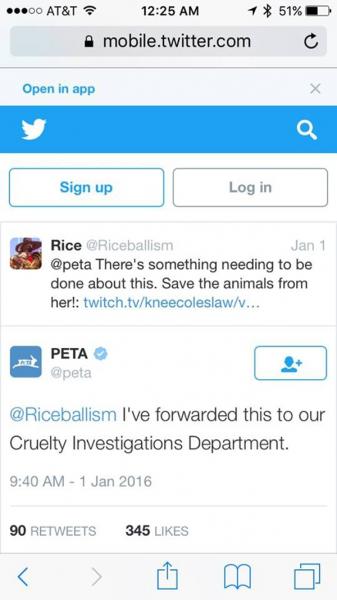 Certainly there's nothing wrong with a good gimmick that harmlessly engages your viewers and makes them laugh, that's the point of entertainment, to entertain. Kneecoleslaw seems to have taken her beloved activity a bit too far, however, and was at a point where she didn't even initially listen to her friends advice to stop abusing her cats. She's seen in the videos, posted below for those that don't wish to watch it, choking her animals until repeated pleas from a friend to let the cat go.

Kneewcoleslaw has been banned by Twitch and the video was brought to the attention of PETA who have promptly began an investigation into the matter. PETA may not be the shining example of animal rights, but the issue could reasonably be brought to the attention of her local law enforcement or animal control. But really, this shows how drinking on stream can go from gimmick to serious issue very quickly. And this isn't even the worst example either.

In a bid to push Prime subscribers towards its own Fire TV set-top box, Amazon is planning on ceasing all sales of Google's Chromecast and the Apple TV. 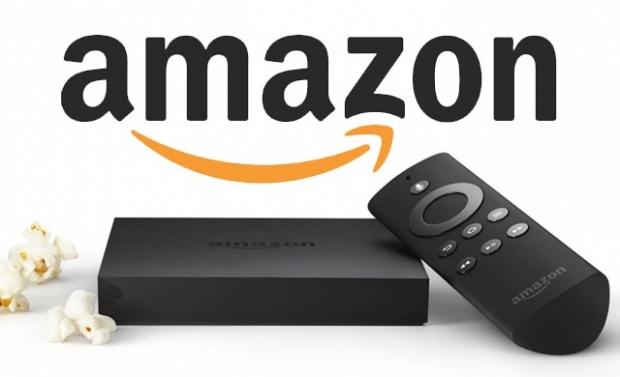 The digital retailer says that it will no longer list or sell devices that don't support Prime Video streaming, including all current and last-generation Apple and Google streaming products. The new policy will go into effect starting October 29, whereupon the entire online retailer will be Chromecast and Apple TV-free.

"Over the last three years, Prime Video has become an important part of Prime," Amazon said in an official statement to Mashable. "It's important that the streaming media players we sell interact well with Prime Video in order to avoid customer confusion. Roku, XBOX, PlayStation and Fire TV are excellent choices."

As we quickly approach the start of the NFL football season, it looks like LG Electronics is preparing to help us hear the games better with new wireless audio products. LG showed off the P5 (NP5550), P7 (NP7550), and SoundPop 360 speakers, LG X-Boom Theater, and OM7550 Cube Speaker System. 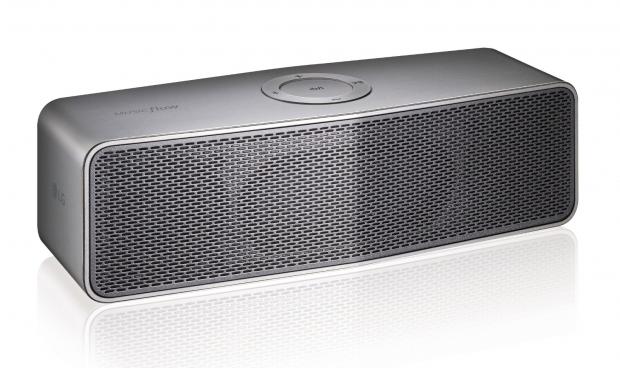 The LG X-Boom Theater has a pair of tower speakers with up to 1000-watt total audio output, built-in subwoofers, and is paired with a 3D Blu-ray player including LG Smart TV functionality. The LG Cube Speaker System supports a 1000-watt speaker and subwoofer, two USB ports, portable audio input, Multipoint Bluetooth, and NFC.