All the latest motherboard news, with everything related to new boards from AMD & Intel, new BIOS/UEFI, and upcoming products - Page 5. 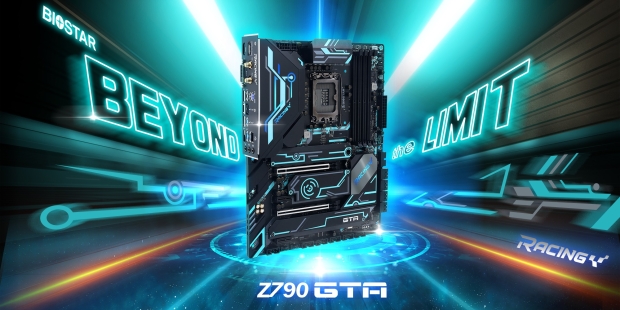 BIOSTAR's upcoming next-gen Z790 and B760 motherboards have leaked, with the flagship BIOSTAR Z790 VALKYRIE motherboard taking the top spot for your new Raptor Lake CPU -- the flagship Intel Core i9-13900K processor -- all the way down to the mid-range BIOSTAR B760MH motherboard.

ASRock has teamed with Razer for yet another PC component collaboration, with the companies introducing the new Z690 Taichi Razer Edition motherboard.

The new ASRock Z690 Taichi Razer Edition motherboard has Razer Chroma RGB integrated into the motherboard -- but to a whole new level -- with the heart of the system taking Intel's latest and greatest 12th Gen Core "Alder Lake" CPUs. There's 10 phase power design on the new motherboard, with the latest SPS (Smart Power Stage) technology and 8-layer-2-oz PCB which ensures the best VRM design and heat dissipation for that flagship Core i9-12900K. 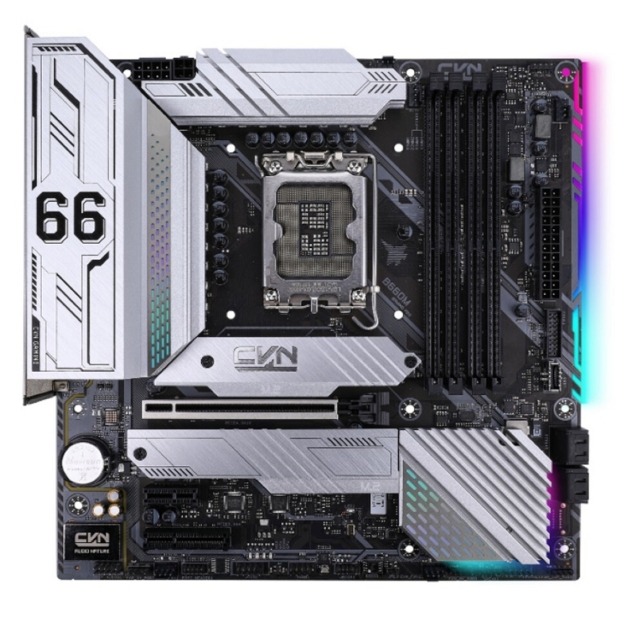 A major defect has been detected in the ASUS ROG Maximus Z690 HERO motherboards, which are spitting out "Code 53" errors and some of them are burning... yeah, with fire and stuff. 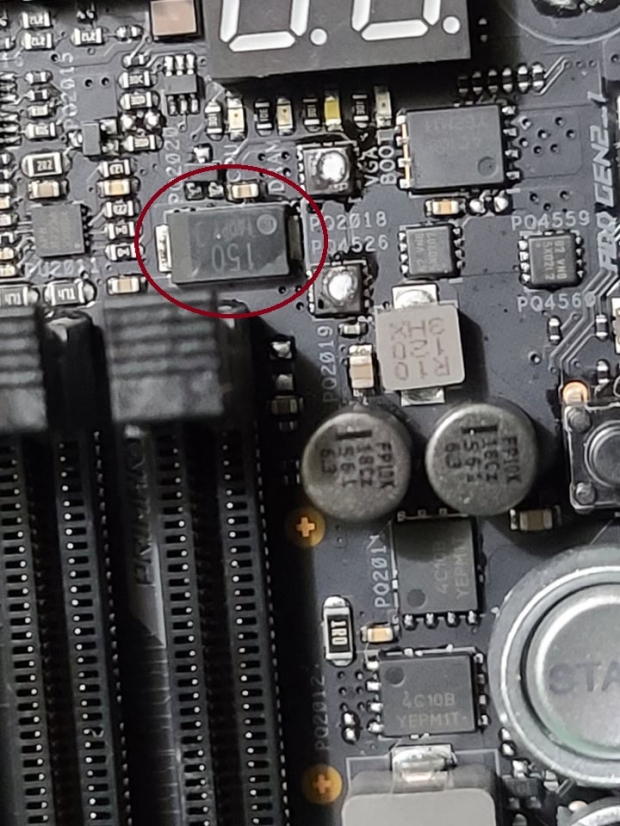 The ASUS ROG Maximus Z690 HERO motherboards have been confirmed by the manufacturer to have some major issues, with the Taiwanese giant offering a free replacement to any user that has been affected. OC enthusiast Bullzoid over at Actually Hardcore Overclocking did an investigation and found one of the memory capacitors on the board was reversed... causing all those "Code 53" errors.

I can dare say things are changing very quickly with Intel's mid-range chipset launch, with some new ASUS motherboards based on the H670 and B660 chipsets teased. 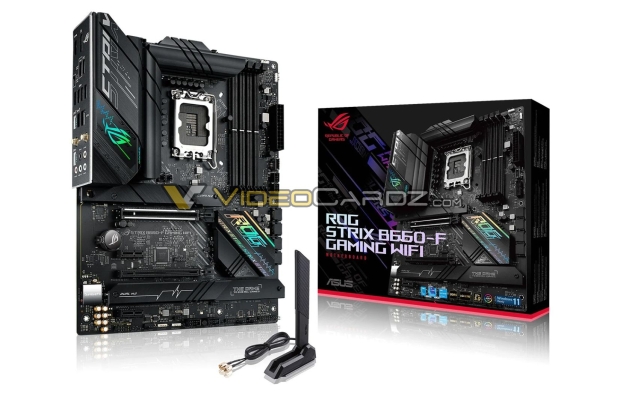 Intel is set to have a monster press conference at CES 2022, which will reportedly be when we see Team Blue unveil its mid-range B660 and entry-level B610 motherboards. 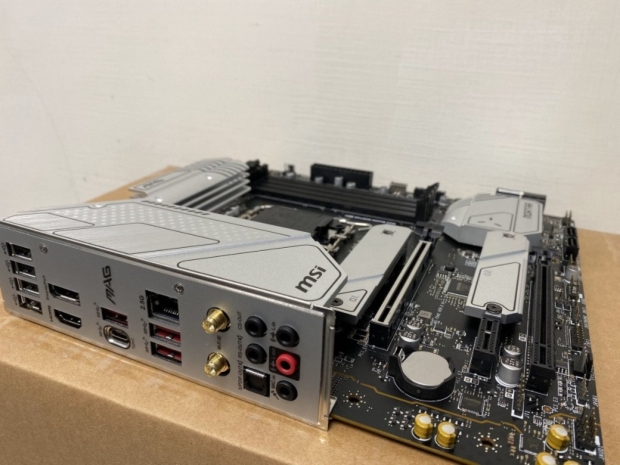 Higher up the 600-series chipset chain is the also-mid-range H670 chipset has been canceled completely, according to MyDrivers, but the original source on the H670 chipset rumor only mentions that it wouldn't be released at the same time as the B660 and H610 motherboards.

MSI has one of the craziest enthusiast motherboards with its new MEG Z690 GODLIKE, which packs a huge 3.5-inch touch display that is as big as the original Apple iPhone.

You'll want to accompany MSI's new MEG Z690 GODLIKE motherboard with Intel's new flagship Core i9-12900K processor, with the 3.5-inch touch panel being removable and connected into your PC through a USB Type-C connector, good guy points for MSI for not using a proprietary connector.

This means that you can have the 3.5-inch touch panel setup anywhere: on your desk, next to your monitor, on the side of your PC, or wherever you please. The display will show you CPU and GPU temps, settings for overclockers, quick restart and shut down buttons, and more.

The new BIOSTAR Racing Z690GTA motherboard has some wicked Tron-inspired styling, with a 17-phase power design and an actively-cooled armor gear with heat sink. You've got 4 x DIMMs with support for up to 128GB of DDR4-5000 RAM, next-gen PCIe 5.0 connectivity, and a DVI port... yeah, the old school DVI connector.

Intel has finally launched its new 12th Gen Core "Alder Lake" CPUs with the flagship Z690 chipset and various motherboards, but now someone has been accidentally sent a mid-range ASUS PRIME B660 PLUS D4 motherboard, and something interesting was discovered. 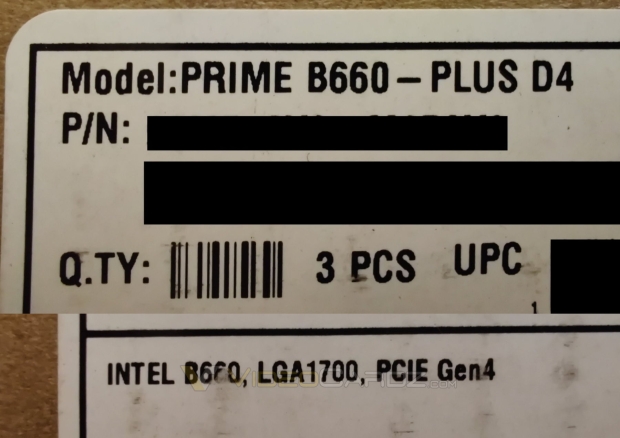 The new ASUS PRIME B660 PLUS D4 motherboard includes the expected LGA1700 socket, which will support the new Intel 12th Gen Core "Alder Lake" CPUs -- mostly the non-K series processors. If you want a new Alder Lake CPU, but didn't want to upgrade to DDR5 -- it has DDR4 memory -- but no PCIe 5.0 unfortunately.

If you haven't heard about Intel's new 12th Gen Core "Alder Lake" CPUs by now you must be living under a rock... and now GIGABYTE has just unleashed its new family of Z690 motherboards ready for the world of Alder Lake, DDR5 memory, and PCIe 5.0 connectivity.

This means you wouldn't need to upgrade your RAM, and could just buy a new Intel 12th Gen Core "Alder Lake" CPU with one of GIGABYTE's fresh new Z690-based motherboards. I wouldn't be buying a new high-end $500+ motherboard with brand new DDR5 memory... but that's me.