However, USB-C ports won't be seen on any iPhone models released later this year and will instead be coming in 2023 at the earliest.

The move is likely due at least in part to looming regulations by the European Union that would mandate tech companies like Apple to adopt USB-C as a standard charging port for portable electronics, benefiting consumers and the environment.

"Mobile phones, tablets, digital cameras, headphones and headsets, handheld video-game consoles and portable speakers, rechargeable via a wired cable, would have to be equipped with a USB Type-C port, regardless of the manufacturer," the recent European Union legislation reads.

The last time that I was reporting on Google's next-gen Android-powered slate: Pixel C, was all the way back in 2015. Well, Google isn't finished with the tablet market... and they're not afraid to show it.

Google has just given the world a sneak peek at their "upcoming Pixel tablet", which is a next-generation Android-based tablet "powered by Google Tensor" and "designed to complement your Pixel phone". Interesting. We should see Google unleash their second-generation Tensor chip inside of the upcoming Pixel 7 and Pixel 7 Pro smartphones, and now the upcoming Google Pixel tablet.

It looks like Google will be using a single camera sensor on the back, and a selfie camera up front. There are no more details on the camera sensors, but we're also a year away from launch. I'm sure things are going to change radically between now and then, and Google won't want to show off too much.

Apple just discontinued one of its most popular products ever created

Apple has taken to its Newsroom to announce that it will be discontinuing the device that sparked mainstream portable music listening - the iPod. 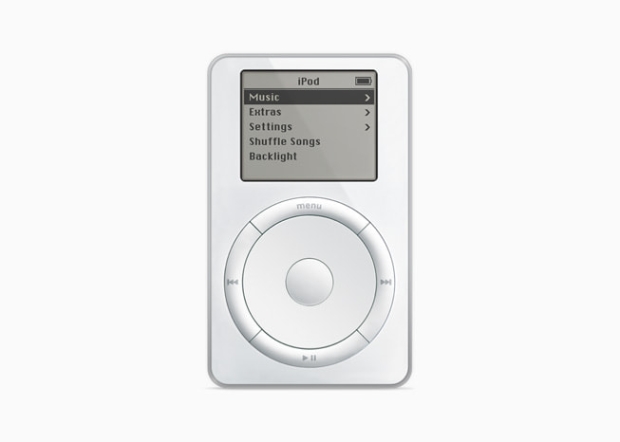 The first version of the iPod was released on October 23, 2001, which was only eight and a half months after iTunes was released. In the first fiscal year of the release of the first iPod, Apple sold 376,000 units, which was followed by a steady increase to 937,000 in 2003, then 4.4 million in 2004, and finally 22.4 million units in 2005. The progression of the iPod's unit sales represents the true impact the product had on the market and culture.

Now, Apple has announced that it will be discontinuing its iPod brand after 20 years, which makes the 'iPod' brand the oldest product line to be discontinued by Apple. The tech giant states in its Newsroom article that the "spirit" of the iPod will live on throughout the company's other products, such as the iPhone, Apple Watch, Mac, iPad, HomePod mini, and more. Furthermore, Apple states that iPods will remain available while stocks last.

Continue reading: Apple just discontinued one of its most popular products ever created (full post)

A 17-year-old's movements around Walt Disney World in Florida were tracked by an unknown Apple AirTag that caused panic for the family.

Madison Gaston and her mother, Jennifer Gaston, discovered the presence of the unwanted AirTag when Madison received a notification that informed her that she was being tracked on their way back to their car. The notification said that Maddison had been tracked over the course of four hours, 7.09pm to 11.33pm, and showcased all of the locations she went across the park.

Notably, AirTag's have a feature that is designed to stop "unwarranted tracking", and that feature is alerting a nearby iPhone that the AirTag is nearby/with them. Once Maddison and her mother arrived at their car, they looked for the AirTag on their person and inside the car. After failing to find the AirTag, the two locked their car doors and drove away. Maddison refreshed the tracking and saw that Apple's "helpful" tracking device remained in the parking lot where they were previously parked.

Samsung has just teased its new custom-themed Pokemon Edition of its foldable Galaxy Z Flip 3 smartphone, something that will sell out in a second to collectors across the world... gotta catch 'em all, right? 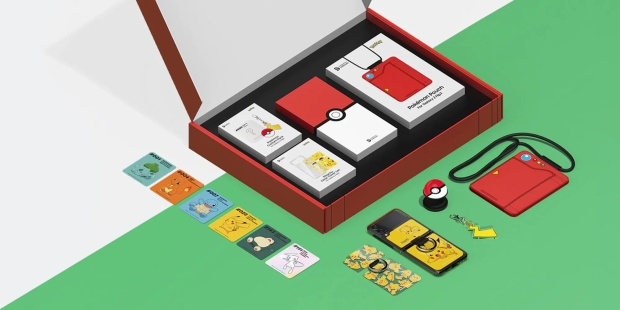 The new Pokemon Edition version of the Galaxy Z Flip 3 looks incredible, with the foldable smartphone looking like an actual Pokedex, but there's a plethora of Pokemon-themed accessories. You'll get a Pikachu picture case (which also includes a Pokemon Custom Pack), a Pikachu Clear Cover Set, a Pokemon Pouch with a lanyard strap, a Pikachu keychain, and a Poke Ball stand.

On the actual phone itself, you'll also get some Pokemon Edition ringtones, themes, and wallpapers. For the diehard Pokemon fans out there, this is going to be one of those collector's items that will make it hard to pass... especially because it's a foldable smartphone + Pokemon Edition. Samsung's new Galaxy Z Flip 3 Pokemon Edition launches on April 25, and will be available only in South Korea. 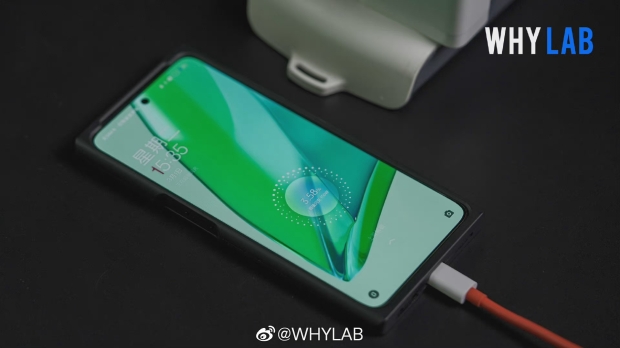 The new OnePlus Ace series smartphone will be powered by the Dimensity 8100 SoC -- with a huge focus on super-fast charging and gaming -- which is where the 150W Super Flash Charging technology comes into play. OnePlus is also cramming in the Sony IMX766 camera sensor, while the back cover is "polished to a texture".

OnePlus is expected to outfit the OnePlus Ace with a 6.7-inch FHD+ display and punch-hole cutout for the selfie snapper, as well as a 4500mAh battery. There's not much to be impressed with here, but the crazy 150W charging is something I want to see -- and not see catch fire -- in the real-world. How long does that battery last?

First-ever Android phone with a Lightning port assembled by engineer

After an iPhone was previously fitted with a USB-C port, it is the second Android and iPhone Frankenstein project.

Engineer Ken Pillonel undertook both that project and this latest project. Pillonel spoke with Engagdet to say that the project was technically challenging, as his goal was to enable data transfer through the Lightning port, not to have only power delivery for charging.

Another hurdle for the project is that Lightning cables sold by Apple check to ensure the device they're connected to is another Apple device before charging. Therefore, Pillonel had to make the cable register that it was connected to an Apple device instead of his Android phone.

Samsung has officially validated its LPDDR5X memory for Qualcomm Snapdragon Mobile Platforms, where the new high-performance, low-power memory will be used in mobile devices, automotive chips, data centers, and more. 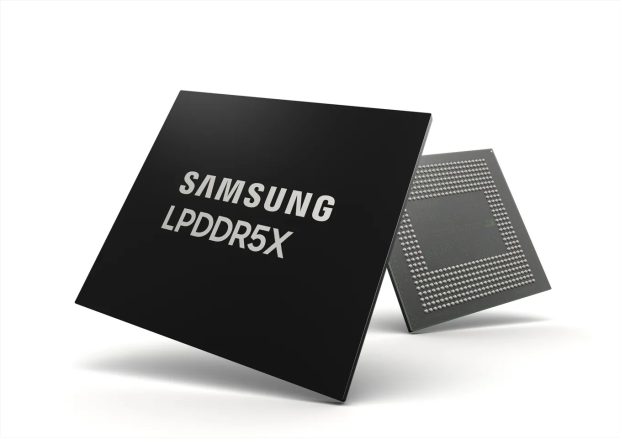 The new Samsung LPDDR5X DRAM is prepped for super-high-res video (4K 120FPS, 8K 60FPS, and more) as well as AI features in next-gen devices around the corner. Samsung's new LPDDR5X memory is made on their in-house 14nm process node.

Samsung is clocking its new LPDDR5X at up to 7.5Gbps, which is a 20% bump over the LPDDR5 (non-X) which has up to 6.4Gbps of bandwidth. This additional 20% performance will allow new high-performance devices that are a decent leap in performance over the current flagship mobile devices.

Samsung hacked by same hackers as NVIDIA, 190GB worth of data stolen

And so the cyber pandemic continues, with Samsung now hacked by the same team that stole over 1TB of confidential data from NVIDIA. 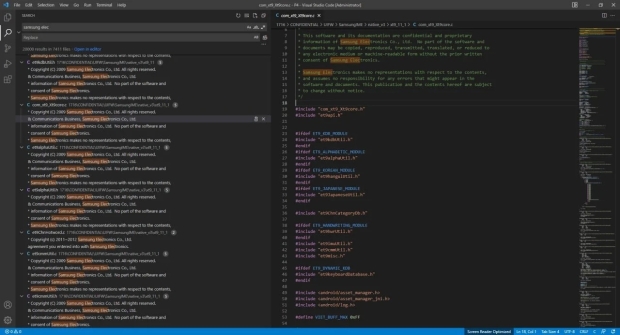 Samsung has been hacked by Lapsus$ with over 190GB of confidential information -- including source code for Samsung's Trusted Applet for secure operations -- you know, hardware cryptography, and more. Not only that, but the hackers have reportedly gotten their hands-on "algorithms for all biometric unlock operations", the "bootloader source code for all recent Samsung devices", and even "confidential source from Qualcomm".

The hackers made the 190GB of downloaded information from Samsung's servers as a torrent, with the hacking group saying that it would deploy additional servers to get the download speed up higher.

Qualcomm has announced its new Snapdragon X70 5G modem, which is capable of a blistering 10Gbps downlink speed and 3.5Gbps uplink speed.

The company says that it's using AI technology to improve mmWave and sub-6GHz bands, with an AI-based channel-state feedback and optimization algorithm that boosts the average download/upload speed. It seems all those engineers at Qualcomm might be reconsidering their jobs, as AI is doing a better job than them it seems.

Inside, the Snapdragon X70 5G modem is the first to support all 5G bands ranging from 500MHz to 41GHz -- as well as support for global 5G multi-sim and Dual-SIM Dual Active -- all wrapped up with 60% more power efficiency, which Qualcomm says is thanks to its 5G PowerSave Gen 3 technology.