The latest and most important Maker & DIY news. 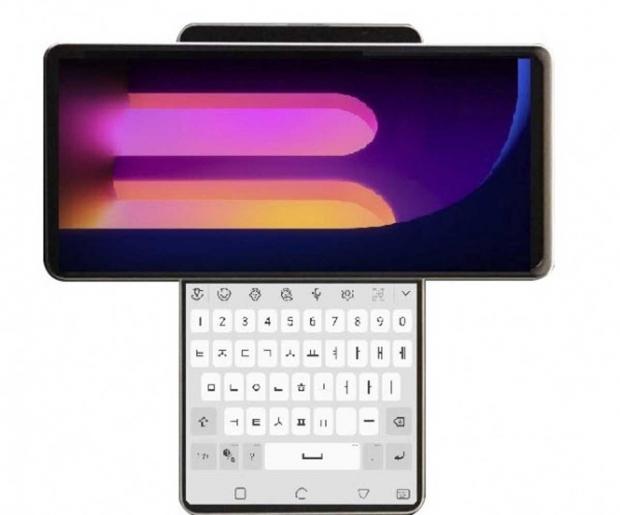 The force is strong with DIY electronic toymaker, littleBits. They have just released an amazing toy that is supposedly aimed for users in the age bracket of 8-12 years old. Introducing the 11-inch tall, fully-functional R2D2 Droid Inventor Kit. The R2D2 Droid kit features everything you need to get your own R2D2 droid moving around your living room bleeping and whistling with 20 authentic sounds directly from the Star Wars movies.

The accessories kit consists of 20 parts that snap together magnetically, so no screws are required. 3 sticker sheets that allow children to customize R2D2 to their liking. Electronically, we see DC and servo motors, 9V battery, proximity sensor that detects hand movements for Force Drive and also detects objects in its path and more.

Samsung is just days away from unveiling its new Galaxy Note 8 smartphone, with what looks like a big emphasis on the rear-facing camera, which I think will be one of the first big tease of Qualcomm's next-gen camera tech.

Qualcomm held an intimate conference at SIGGRAPH a few weeks ago, showing off what I think will be one of the larger steps in smartphone camera technology (something you can read here). But now Samsung's marketing hype train is in full swing for the Galaxy Note 8, which is being unveiled on August 23... next week.

In the embedded video above, you can see the 'infinity' zoom that Samsung should bake into the Note 8. Samsung will be using a dual camera rig on the Note 8, and I'm sure there will be some impressive tricks up Samsung's sleeve.

An Iron Man glove created by laser gadget maker Patrick Priebe is 3,000 times more powerful than a typical laser pointer. As shown by Wired in the demo video below, that's enough to let you indulge your inner pyromaniac a little by igniting cigarettes, ping pong balls, and matches. You can also show up to children's birthday parties and make them cry by popping balloons with it (that's a win my book).

If you want to get your hands-on one, contract Priebe through his official website. Although after the press he's been getting, you may have to wait awhile for a response.

Water cooling can be a pretty fun process, but also somewhat scary if you don't quite know what you're doing. And that's why ASUS partnered with INWIN, Bitspower, Kingston (HyperX), NVIDIA, Intel and Cooler Master during the ASUS Australia 2016 PC water cooling event in Sydney, Australia at the University of Sydney this past weekend to give Australian retailers and Sydney-based PC enthusiasts all the info they need to be water cooling professionals. We prepared a video from the event, embedded below.

The whole event had a great turnout, with a lot of different examples of water cooled PC's, from the more extreme, modded variety all the way to the other end of the spectrum with modest examples of what can be done with proper water cooling parts.

It was all about showing off the different ways in which it can be used and how efficient it can be, and how complicated it is not. Really, the scariest part is wondering if the tubes you connected were done so with a proper seal. But other than that, water cooling, as this event showed, is a splendid idea for everyone. And now a variety of retailers all have the knowledge and power to help just about anyone plan their build, no matter how complex it might be.

Real-life laser-based Lightsaber is as dangerous as it sounds, bright

Someone has created a working lightsaber using laser-light as it's basis. Well, it's not quite a light-saber, but just a really bright and powerful 7W blue-diode laser that doesn't really resemble a lightsaber at all. But he's calling it one, so there's that I suppose.

In reality the individual in the video, styropyro, actually built his own laser using a rather 7W Nichia made GaN diode that runs at a maximum of 4.6A. His design uses a wavelength that just happens to be highly visible to the human eye. This laser definitely can cut, though slowly, through a variety of materials. Just don't expect it to be able to lop off limbs.

The great thing is that all of the parts used to make this pseudo-saber are actually publicly available in most regions. You can theoretically make a very powerful laser all on your own, well beyond the 7W power-envelope of the one in the video. But just be very safe if you do, and always wear eye-protection when playing with lasers.

Adidas' new shoe is 3D-printed and made with ocean garbage

Adidas has partnered with its environmental group Parley for the Oceans to design a 3D-printed shoe created in part with garbage found in the ocean. 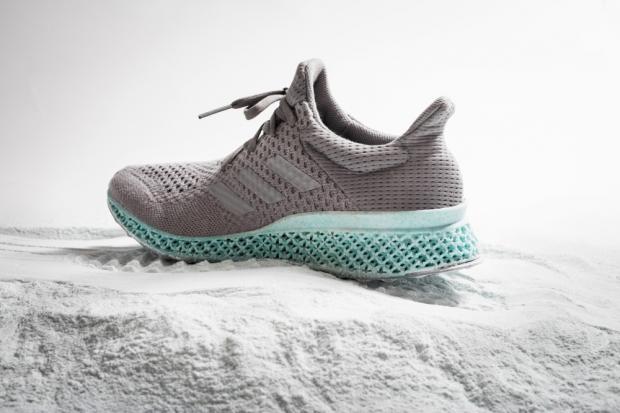 As of now, it's in the concept stage and comprises an upper made with plastic sourced from the ocean, and a 3D-printed midsole made with recycled polyester and gillnets (specialized nets used to catch fish and sometimes left in the ocean).

If you're thinking about making, downloading or tinkering with a 3D-printed gun file, you might want to think again. Reports have come to light stating that the Australian state of New South Wales (NSW) doesn't take to this kindly, offering hefty jail time to anyone who might want a gun file of their own. 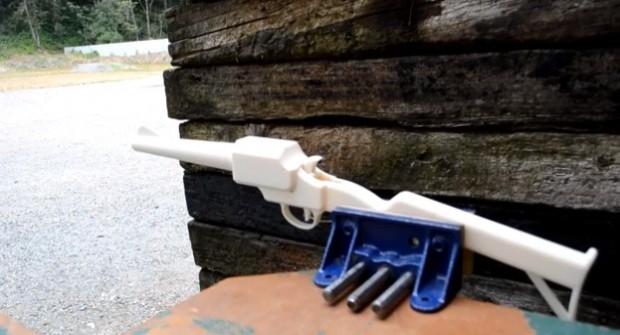 Last week, the NSW Government passed its Firearms and Weapons Prohibition Legislation Amendment Bill 2015, with one section stating that simply owning a 3D blueprint of a firearm can land you up to 14 years in jail.

With incarceration also extended to owning plans for "electric milling machines," this new legislation marks further action against illegal real-life weaponry, offering up harsher penalties to those with stolen guns or others who are keen on making illegal firearm modifications.

Continue reading: Owning blueprints to a 3D-printed gun can now land you behind bars (full post)

Intel thinks it's an 'exciting time' to support the maker community

During the Intel Developer Forum (IDF) in San Francisco, Intel spent a lot of time promoting the "Maker" craze in the current world. Intel corporate strategy officer Genevieve Bell believes it's a great time in the maker movement, with Intel interested in supporting new technology ecosystems created by developers. 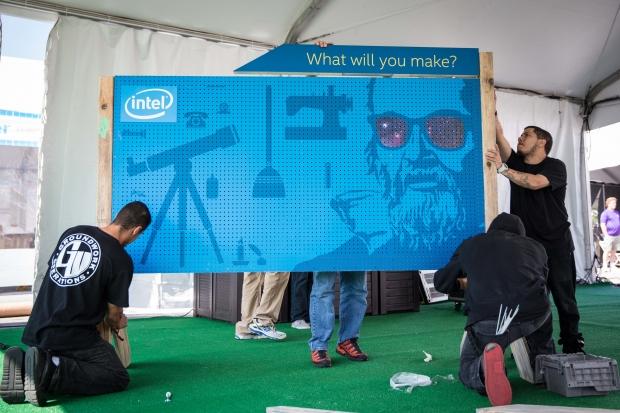 Intel is a supporter of the Maker Faire and of Make magazine, with growing popularity in the print publication and global maker events.

"It's never been a more exciting and accessible time to invent the future," Bell said during IDF. "It's about changing the world, in small ways and big ways. It's about breaking the rules. Possibilities and disruption. Hard work. Solitary or collaborative. It's not always clear what you are doing. It involves curiosity. It certainly involves failures. It is exhilarating. Sometimes people resist it. To me, that is making."

Sony's purported codenamed S70+ is shaping up to be a monster, with the Xperia Z5+ said to feature a 4K display. This would have Sony being the first smartphone on the market with a 4K display. 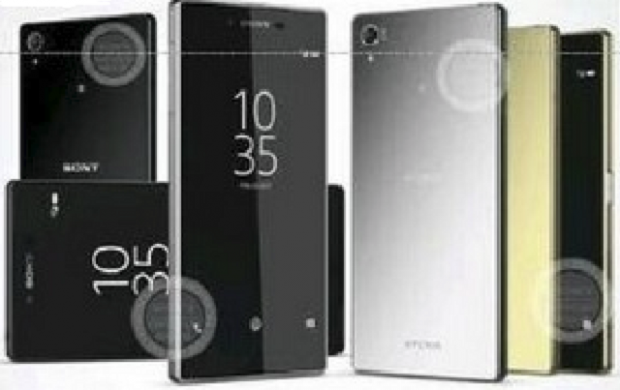 The Xperia Z5+ looks pretty much identical to the Xperia Z3+ in the design department, as its design is already pretty slick. We should see it offered in gold and chrome options, with a fingerprint scanner included. Inside, the Xperia Z5+ is powered by the Qualcomm Snapdragon 810, with its 4K resolution splashed onto a 5.5-inch display.

Continue reading: Sony Xperia Z5+ could be the first smartphone with a 4K display (full post)