Xbox Kinect gets a raft, yes, a raft. 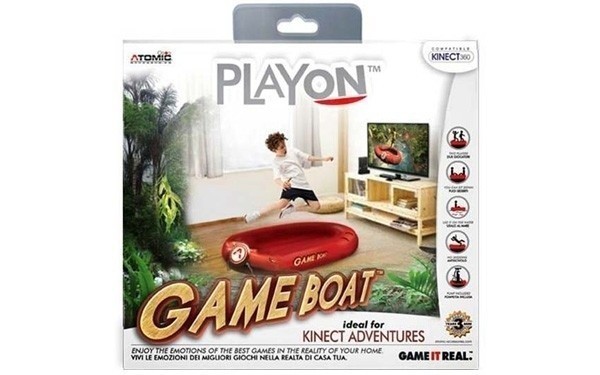 Atomic Accessories has created a peripheral to "fully immerse" you into white water rafting. For it to work properly, your feet need to be firmly in the inflatable dinghy, hands and legs inside the raft please!

Kinect Adventures features 20 different mini-games, with the River Rush, white water rapid game being the one most demonstrated.

River Rush supports one or two players, who get to race downstream, leaning left or right to steer the in-game boat, timing their jumps in order to get bonus items.

As a bonus, there are plenty of other games that could eventually support the boat which is great!

Shane McGlaun | Fri, Oct 8 2010 11:10 AM CDT
There are many categories of video games that spawn some very hard core gamers. There are hard core MMO gamers, hard core FPS gamers, and hard core flight simulation fans. Perhaps the group that has the most expensive hobby are the flight sim fans where controllers and systems can run hundreds of dollars each.

Thrustmaster has launched what may be the coolest flight simulation controller ever called the HOTAS Warthog. The Warthog is an exact replica of the joystick and throttle from the A-10C fighter jet. The joystick has a heavy metal base and uses construction that is mostly metal. The base can be removed and the joystick can be placed into a cockpit. The controller uses magnetic sensors for accuracy and has 19 action buttons with a 4-way POV switch.

CTA Digital's SMG accessory for PS Move: For when a puny light gun won't do

Don Lynn | Thu, Oct 7 2010 2:49 PM CDT
With all respect to Sony's recently announced Shooting Accessory, some Playstation Move fans will want something a little more macho when blasting their foes to oblivion. CTA Digital has your hookup with their Submachine Gun peripheral. 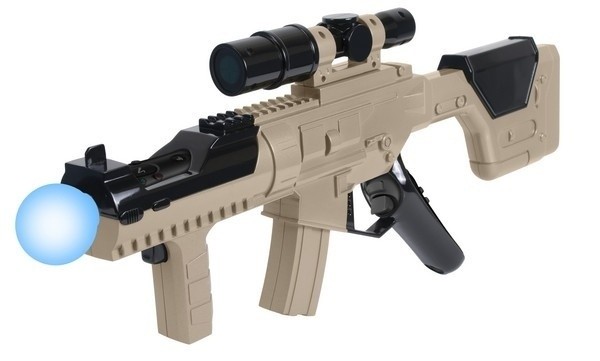 Boasting "the size and weight that serious military gamers have long been clamoring for," the SMG attachment works by connecting the Move's glowing baton into the "barrel" and connecting the nunchuck controller into the grip. The stock and scope are both detachable if you prefer a more compact version to destroy your enemies. The Submachine Gun is planned to be available in late November for $29.99 USD.

Shane McGlaun | Thu, Oct 7 2010 11:04 AM CDT
There are gamers all around the world who are waiting to get their hands on the new Playstation Move controller system. Many of those gamers will certainly be looking to play some of the shooting games that are offered for the console and will want a gun accessory to make those games more realistic. The official Sony Shooting Attachment accessory is set to launch this month along with an exclusive PS3 game for use with the accessory or without.

Shane McGlaun | Thu, Oct 7 2010 10:24 AM CDT
There are as many choices for a mouse pad for gamers as there are other gaming peripherals. Some gamers like rough textured cloth pads and others like really smooth, low friction plastic surfaces that let the mouse glide around without much resistance or noise. If you are the type of gamer that likes a mouse pad that glides easily around a surface Razer's new Ironclad may be just for you. 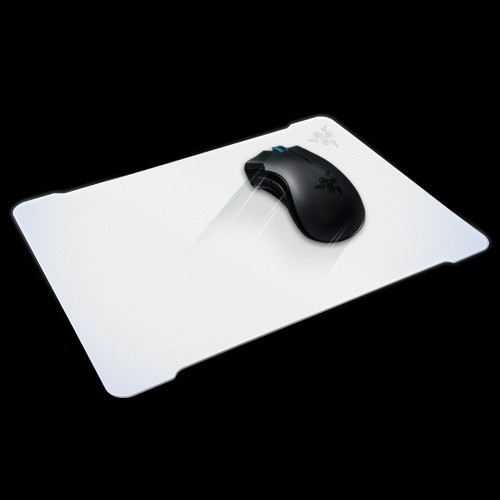 Zune Pass and ESPN on board for XBox Live Fall update

Don Lynn | Thu, Sep 30 2010 1:42 AM CDT
The update for Xbox Live has been announced and quite a few new features are on the horizon. 360 owners should be seeing the update hit on or around November 4th. 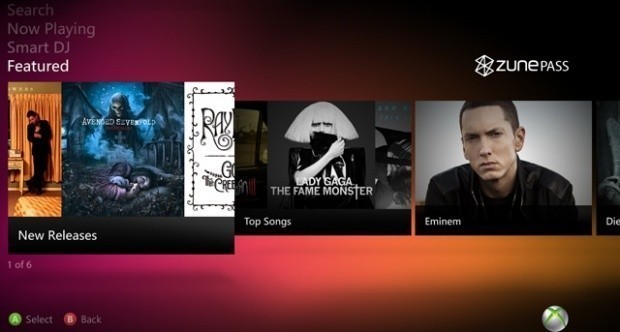 Gold subscribers will get access to ESPN for Xbox Live, which gives access to more than 3,500 sporting events per year, including college football, MLB, NBA and soccer. Voice chat while watching games will be available, as well as Full HD video and DVR capability. The Zune Pass is also making an appearance, with unlimited music streaming and DRM-infused downloads coming available for $15 a month. There will even be a social music function that allows you to connect with other Xbox Live users with similar music tastes. You may finally find that special someone who shares your love for Yanni!

Shane McGlaun | Mon, Sep 27 2010 1:04 PM CDT
The mobile gaming market has several players and for years the players were the console companies like Nintendo and Sony. With the iPhone and iPod touch becoming more popular, those devices are now taking some of the market from the console makers. The clear leader in mobile gaming has been the Nintendo DS for a long time. 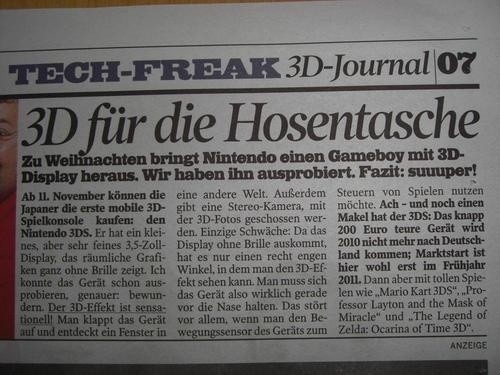 The DS is very important for Nintendo as its best selling console so any update to the machine is a big deal for the gaming firm. The next update for the DS will be the 3DS that we heard about months ago. A launch date of November 20 leaked a while back from a tweet posted by a designer claiming to have made accessories for the 3DS. A German publication is now offering a different launch date for the 3Ds.

Anthony Garreffa | Thu, Sep 23 2010 6:23 AM CDT
You're sitting there, quietly playing a game... your spare controller is sitting on the table in front of you... you walk around a corner and expect zombies on the screen - KABOOM, you wonder where it came from, where is that sound???

Oh - it was your FREAKING PLAYSTATION CONTROLLER EXPLODING.

Sony today has issued a consumer warning to anyone who currently uses an unofficial PlayStation 3 controller.

Obviously, in an effort to stop the world's first PS3 modchip, the "PS Jailbreak" from working - Sony unleashed the firmware update 3.50 which renders any third party USB peripheral unworkable.

Also, the company warns consumers that "any unofficial controller may explode!". 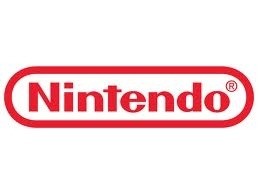 Those specs are in line with the original iPhone (and 3G), the first 2 generations of iPod touch, all Amazon Kindles and a few other devices (Zune HD, Kin One, a handful of Nokia handsets).

More news will be posted when things are more concrete - for now, salivate of the Nintendo 3DS if that's your thang.

Cameron Wilmot | Tue, Sep 21 2010 9:59 AM CDT
Nicole Scott of Netbook News is on the ground for us again and this time she was working the pre-party of NVIDIA's GPU Technology Conference to find out what type of stuff we can expect to see at the event this year.

Nicole ran into Mike DeNeffe, NVIDIA chap looking after GeForce and 3D Vision with the Director of Marketing title. He reckons that GTC is not really a show for his GeForce range of products, but it's more catered for NVIDIA's Quadro and Tesla range.

Although, he does go onto say that there will be some 'awesome' demos on display showing 3D this, 3D that and then more 3D. 3DTV Play, 3D notebooks, 3D surround and indeed 3D 'everything'.

We'll have more coverage from GTC 2010 from today through till Thursday from San Jose.

Continue reading: GTC 2010 - What does NVIDIA have in store for us? 3D everything (full post)