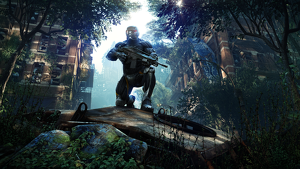 "We want to make sure as much as is humanly possible can translate from a DX11 variant into a DX9 variant, that will work almost as good on an Xbox console to whatever extent we can, because we don't want the experience to be different between the platforms," Rasmus Hjengaard, director of creative development at Crytek, told Eurogamer.

Valve are successful because they don't run their company in a traditional sense, in more ways than one. Valve attract the best talent from across the world, and this talent produces some of the best product in the form of Steam, games and more. 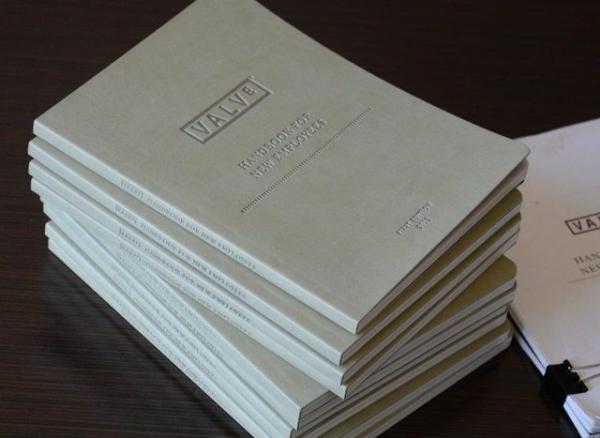 A PDF of Valve's Handbook for New Employees has made its way onto the Internet, and you can take a read at just how awesome it is to work at the company. A traditional job would have you go in, take a job title, a desk and start your job. You work a normal 9-5, Mon-Fri, at your desk, with someone higher than you telling you what to do, and not do.

This can work well, if everyone is treated equally, but we all know this doesn't generally work. Valve's way is that they give you a desk, on wheels, so that if you're not liking the department, or area where you start, and you feel you'd be more efficient in another area, you can move freely. You're not stuck into a single "X" position. You're just 'working at Valve'.

Continue reading: Valve's new employee handbook will make you want to work for them so much more (full post)

EA has graced us with another Crysis trailer. This one is much longer than the teaser that was released last week and has actual gameplay included in it. We also learn some more of the backstory with this trailer and get to see that the graphics are as incredible as one would expect from the Crysis series. 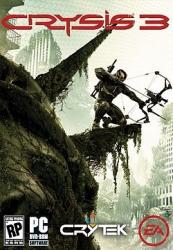 As previously reported, the game will take place in New York City just like Crysis 2 did. However, this time the city has been covered by a Nanodome created by the now-corrupt Cell Corporation. Because of this Nanodome, the city will feature 7 unique districts which are called the Seven Wonders. Each will provide a different, treacherous environment.

Watch the video above and start to get excited like I am. I love the first Crysis game, so I'm excited to see it, at least somewhat, return to the jungle. Prophet will have an updated Nanosuit, composite bow, and alien tech to help him in his quest. The game will be released sometime in 2013 and be available on PC, Xbox 360, and Playstation 3.

Batman: Arkham City DLC gets confirmed, will be The Harley Quinn's Revenge DLC

Batman: Arkham City has not only been popular with shipping numbers, but it now has confirmed DLC. Warner Bros. have confirmed that the Harley Quinn's Revenge DLC will add more than two hours of completely new gameplay to the campaign. 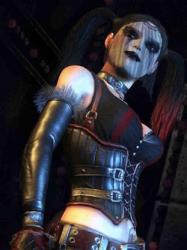 Also included on the disc are all five previously released DLC packs. Warner also added that anyone who already owns the game can download the Harley Quinn's Revenge Pack which will be available to all international markets starting on April 30 from the PlayStation Network and Xbox Live Marketplace.

Warner Bros. also confirmed a Game of the Year Edition of Batman: Arkham City, which will sport:

The GOTY Edition hits on the 7th of September for the PS3 and Xbox 360 in the UK, over three months after the US has it made available to them.

Player Affinity is reporting that a group of users from 4chan have sent an e-mail to Valve boss himself, Gabe Newell, which was very NSFW, but Good Guy Gabe still responded, with quite the tease: 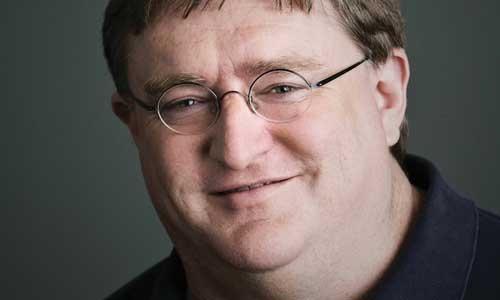 I don't suppose it would ease your wrath if I told you we're announcing all your favorite things at E3 2012?

Some people over at Reddit then sent Gabe an e-mail asking him to elaborate, where he responded:

I can see how the wording caused some confusion there. Yes, we are announcing something with a three in it.

So, if this is all real, and not a troll, we can expect many games with a '3' in it from Valve. Left 4 Dead 3, Team Fortress 3, Portal 3, Half-Life 3, Half-Life 2: Episode 3, just to name a few. Now, let's break it down. Portal 2 only came out this time last year, Team Fortress 2 is now free-to-play and doesn't really require a sequel right now (but it could), Left 4 Dead 2 is still receiving DLC lovin', and Half-Life is really the only game I can see being announced.

Anything else is a tease.

Continue reading: Valve to announce a new title with a "three" in it at E3 (full post)

We all know Max Payne 3 is nearly here, but what are the PC specifications for it? How high does it scale? Rockstar have unleashed some more information on the painkiller-addicted, slow-mo-flyin' Max Payne 3. Max Payne 3's PC System Specifications: 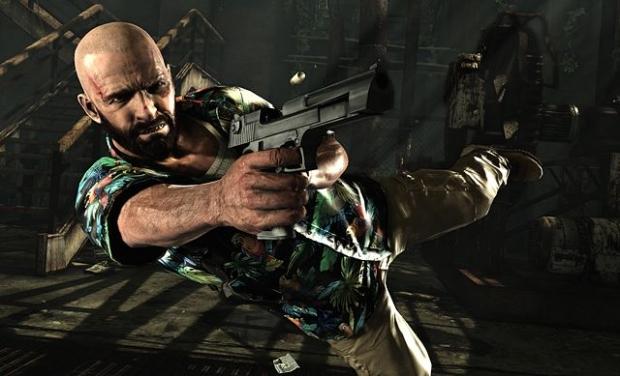 Valve confirms DOTA 2 will be a new kind of free-to-play, but with 'twists'

Valve are continuing their efforts on the free-to-play gaming front, with a new plan to release their sure fire hit, DOTA 2, as a free-to-play title. Good Guy Gabe has come out and said that Valve are not applying a wholly conventional freemium model for DOTA 2. 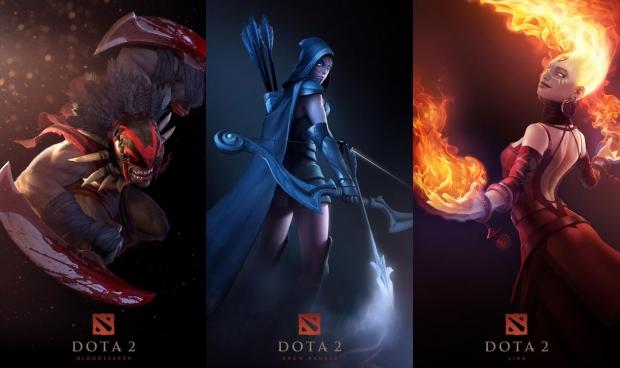 Usually, freemium games are made available to everyone and then later the company monetises it by selling optional in-game items, Team Fortress 2 has done this for example. In an interview with Seven Day Cooldown, Newell said that DOTA 2 would be "free-to-play [but] it'll have some twists". He continues:

The issue that we're struggling with quite a bit is something I've kind of talked about before, which is how do you properly value people's contributions to a community?

Continue reading: Valve confirms DOTA 2 will be a new kind of free-to-play, but with 'twists' (full post)

This is some exciting news for all of you Dirt, F1, and Grid fans. Codemasters, the game studio behind the aforementioned games, has announced that they will be ditching the action genre in order to better serve and focus on the racing genre which is where their heritage is. This announcement comes on the heels of the difficult Operation Flashpoint: Red River and Bodycount launches. 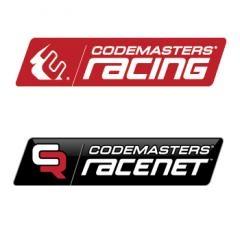 "In racing, we are No.2 in Europe and that's not good enough. We want to take racing games across multiple platforms and genres. So that players can play anytime, anywhere and on any device," he added. "Racing is our DNA, it is our heritage, it is our specialisation and it is our absolute focus going forward."

This "specialisation" will come in the form of a new online hub that was announced along side of this. The hub will unite players of F1, Dirt, and Grid online so that they can take part in additional in-game events and even win extra content. The hub is called Racenet and will provide users with a Driver Profile that will work across all future Codemasters racing titles.

The rumors of Prey 2's demise have been greatly exaggerated

It turns out that all of the rumors saying that Prey 2 has been canceled have been greatly exaggerated. While it's true that it may not make it to shelves this year like originally planned, Bethesda revealed today that they are in fact still working diligently on the game to make it top quality before releasing it.

Bethesda posted on its blog:

Development of Prey 2 has not been canceled but the game will not be released in 2012 as planned. The delay is due to the fact that game development has not progressed satisfactorily this past year, and the game does not currently meet our quality standards. Prey 2 has shown great promise and we regret disappointing our fans. We have made a substantial investment in game development to deliver the experience fans want. We are determined only to release the AAA game that fans rightfully expect, and are unwilling to compromise our quality standards to meet a release schedule.

While it saddens Prey players, which, let's make clear, I am not, it makes me extremely happy that the company behind it would postpone it in order to release a better game. It's a tough decision to make since they need to make money. They are a company after all. But, it's better than them canceling it altogether.

A few nuggets of Diablo III news have arrived, first up the beta servers for the game will shut down on May 1st. All stats and characters will be wiped in preparation for the full launch of Diablo III on May 15th. Second, some individuals have discovered that there will be a Starter Edition of Diablo III, that was accidentally made available for download through their battle.net accounts. 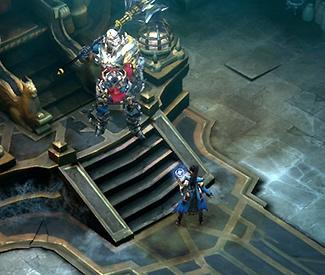 Blizzard noticed this quickly, and took battle.net down for "maintenance" at 8:45am EST. Some people were lucky enough to stealth away with the download, and have reportedly been able to play through part of the single-player campaign without the need of a product key. Lucky, lucky, lucky. Those who have been bashing around within the Starter Edition report that it is indeed Diablo III, but in a "limited form".

Most of the players say that the content found within the game is similar to the Diablo III beta. All of the classes are available to play, but the user interface prompts the user to upgrade to the full version of Diablo III in order to access certain features. Now that we have a confirmed Starter Edition of Diablo III, this is beginning to make sense. StarCraft II and World of Warcraft have enjoyed Starter Editions, which allowed players to play a limited part of the game for free.