Call of Duty: Advanced Warfare has been available since last week, and Sledgehammer Games is preparing a patch that will resolve bug problems and fine-tune other issues, based on input from the gaming community. Since launching on November 3, the game was met with mainly positive reviews from game sites and gamers, and Sledgehammer Games wants to continue appeasing customers with fast changes. 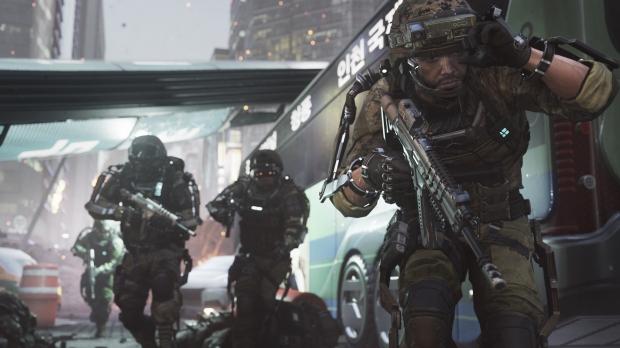 "Our team has been working hard on improvements to the game," said Michael Condrey, studio head and Sledgehammer Games co-founder. "We've also had our ears to the ground, listening to your feedback. Our commitment to continuing to support the game and community is as strong as ever, and we have the whole team focused on making the experience the best it can be."

The current console market is fully consumed by the Sony PlayStation 4 and Microsoft Xbox One devices, though many often overlook Nintendo's Wii U. It's true that there are similarities in the game catalogs for both the PS4 and Xbox One, but that's because game developers want their titles on the two more popular consoles. 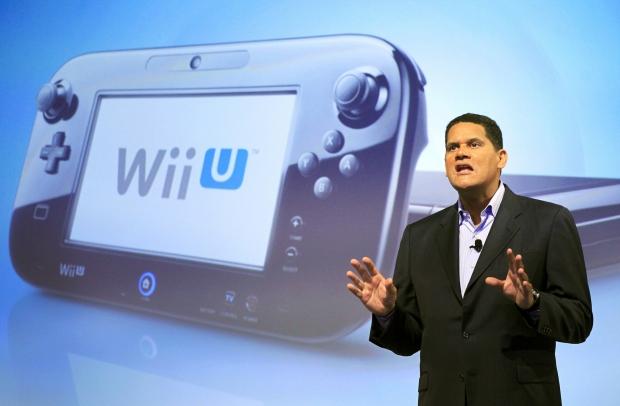 Here is what Nintendo of America President Reggie Fils-Aime said: "If you look at the other two competitive platforms, fundamentally, what's the difference? They have a lot of shared content. Look at it from the standpoint of, what don't they have? They don't have our games. They don't have Mario and Zelda. I'd much rather be where Nintendo is, with a differentiated platform, differentiated set-up experiences that we can provide uniquely to the consumer."

It's true that the PS4 and Xbox One don't have Mario or Zelda - but a counter to that argument is that many game studios would rather develop games for Sony and Microsoft. Nintendo relies heavily on a small handful of game franchises, while the PS4 and Xbox One can provide a diversified product offering.

Brittany Levasseur's husband has had seven brain surgeries over the last 12 months, where she took to Reddit to post about how their doctor recommended playing Destiny as a form of mental therapy. She wrote: "It's been a joy to watch him. It's been a little over a week, and the game's effect on him has been so strong. Weak for months, he is flourishing in more than just the game world. He has been going out more, doing chores, making jokes. The effect of playing the game on his mood has been almost staggering". 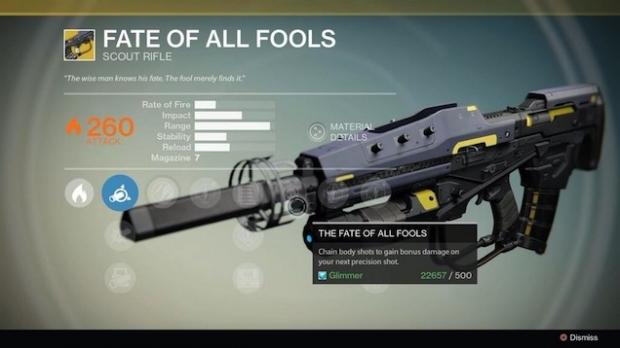 It was shortly after Levasseur's post on Reddit that Bungie's Community Manager got in contact with her, offering her husband a package at the Tower: a one-of-a-kind rifle for Destiny. The Fate Of All Fools isn't in the game yet, unavailable to normal Destiny gamers. This means that this gamer is the only non-Bungie employee in the world to have this gun. 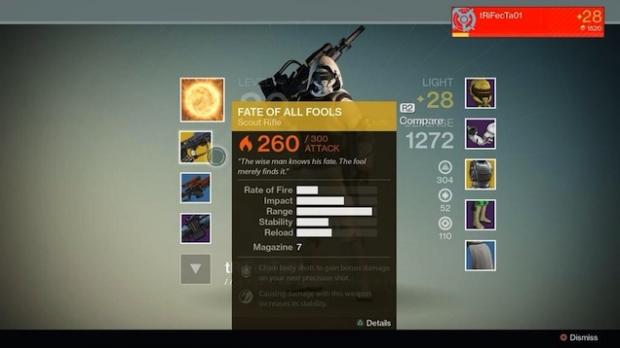 How does Levasseur feel about the gun? His wife said in an email to Kotaku: "He adores the gun. It's his first exotic, and he has been actively enjoying it all day. It seems like my entire night has been on repeat - it's been nothing but 'BANG! God I love this gun. BANG! This is awesome. BANG! Did you see that shot!?'".

Blizzard may have cancelled Titan, but it has just announced Overwatch, a team-based, first-person shooter that is the company's first new IP in quite a few years. Blizzard unveiled the game during BlizzCon 2014, with a pre-rendered video showing off Pixar-like animation, teasing its upcoming shooter.

If you thought Overwatch would be years away, think again, as Blizzard's Chris Metzen has said that Overwatch is coming "sooner than you think". CEO and co-founder of Blizzard Entertainment, Mike Morhaime said: "Our goal with Overwatch is to create an awesome FPS experience that's more accessible to a much wider audience while delivering the action and depth that shooter fans love". The game world itself is set many years in the future where an "international task force" known as the Overwatch, has brought peace to the world, but this has since finished, with new heroes needing to rise up to the job.

Overwatch is a team-based multiplayer shooter, which is "a game and genre" that Blizzard has wanted to play with for a while. It features cartoon style visuals, similar to other team-based shooters like Team Fortress 2, and RPG-like FPS games like Borderlands. We have some weird and wonderful characters to play with, including Hanzo, a bow-wielding ranger; Winston, the gorilla; Torbjorn, a dwarf engineer; Widowmaker, the sniper; and Bastion, the robot/turret.

The Division dev: wants a 'good experience on all respective formats'

Massive Entertainment, the developer behind The Division, recently sat down with Open World Games, talking about its open-world tactical shooter. Martin Hultberg, Head of Communications at Massive, said that the developer will be optimizing The Division for all three platforms: Xbox One, PS4 and PC, instead of optimizing for a single platform. 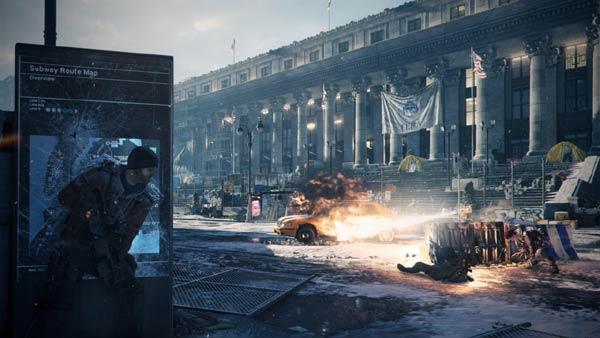 He added that the game will not be "downgraded" from consoles to the PC, with each version receiving its own attention, utilizing each platform's strengths. With a capable PC, it means that the best version of the game will again be on the PC. Hulberg said: "Downgrading is a weird term to use. Obviously, we want to make a game that looks the best it can on its respective format, so Xbox One, PlayStation 4, and PC. So I think the term downgrade is a bit confusing and weird because we're trying to get the most out of every machine we use. So Xbox gets its attention, PlayStation gets its attention, and PC of course will be able to cram it up a bit more depending on the hardware you have".

Hulberg continued: "We address every console, every platform, as its own version, so we try to stay away from the thing where you go for the least common denominator, and everybody suffers for it". Hulberg added that each version of The Division will be handled individually, with resolutions and frame rates decided on a platform-to-platform basis, instead of pushing one standard across multiple platforms to hit uniformity. He added: "We want to make a good experience on all respective formats". Remember, the last time we heard about The Division was that it was locked at 30FPS, so this is a 180-degree change in direction for Massive and Ubisoft, but it's not confirmation that we should expect over 30FPS, which is what we need to hear most of all.

DICE has parts of Battlefield 4 running on Apple's iOS

DICE has been working on something behind the scenes, porting its Frostbite engine over to iOS, the engine that powers its Battlefield games. Kristoffer Benjaminsson, Product Owner for Mobile at Frostbite has talked about the ways of getting Frostbite on iOS on the Frostbite blog. 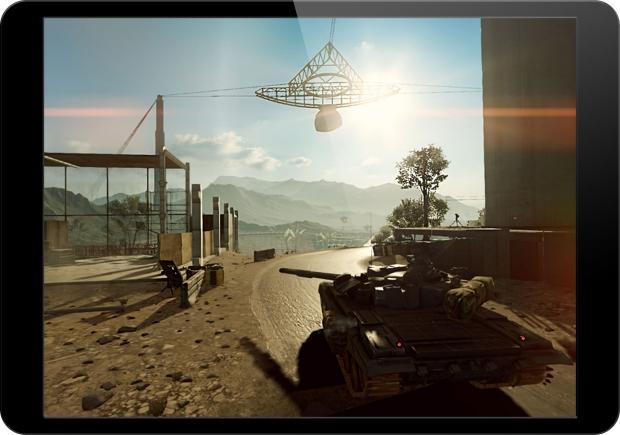 Parts of Frostbite are already working on iOS, with DICE and its Battlefield 4 Commander app, but the company also showed off Plants vs. Zombies: Garden Warfare on an iPad Air earlier this year at Apple's WWDC event, which is powered by its Frostbite engine. After that, the company wanted to see Battlefield 4 running in iOS, which has been quite the task.

With the Frostbite engine handling dynamic features like destruction or moving light sources in real-time, rendering all of this on a mobile device is extremely hard. But, DICE says that this "puts extra demand on performance to be able to deliver large, highly detailed world's with superb visual quality. We were making great progress feature-wise, but hardware and software limitations forced us to either scale down the number of objects and their complexity to retain visual fidelity, or accept lower visual fidelity to cope with a larger number of objects".

Some of Ubisoft's biggest upcoming games vanish from Steam

Far Cry 4, The Crew and Assassin's Creed: Unity are some of Ubisoft's biggest games coming out this year, and early 2015 have all but disappeared from Valve's digital distribution service, Steam. 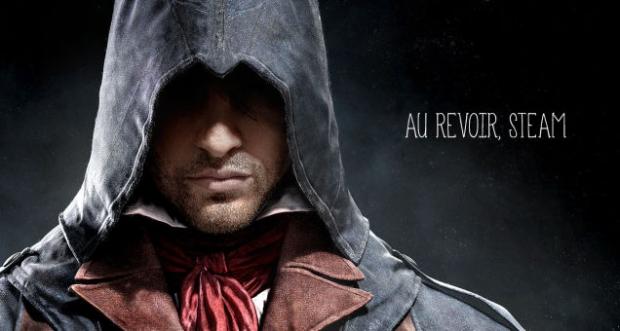 A representative for Ubisoft UK told PCGamesN: "We've been in discussions with Valve about Assassin's Creed Unity but for the time being the game is not available via Steam in the UK". I've just checked Steam here in Australia, and all of those games do not show up, but I did see them just two days ago. This could be because Valve takes a cut of the sales, while Ubisoft has games big enough they'll still sell through their own distribution software: uPlay.

With everything going on surrounding Ubisoft pissing PC gamers off, you'd think the company would be trying all attempts to make up for it, and not dig the hole deeper. This move feels like the company has hired machinery to help dig its hole quicker from a construction company called 30FPS Construction, which would probably have a slogan like: "Digging At 24FPS Is More Cinematic".

Far Cry 4 will be released by Ubisoft later this month, and the official minimum and optimal PC requirements were recently released. The game will be available on November 18 for the PC, Microsoft Xbox 360 and Xbox One, Sony PlayStation 3 and PlayStation 4. 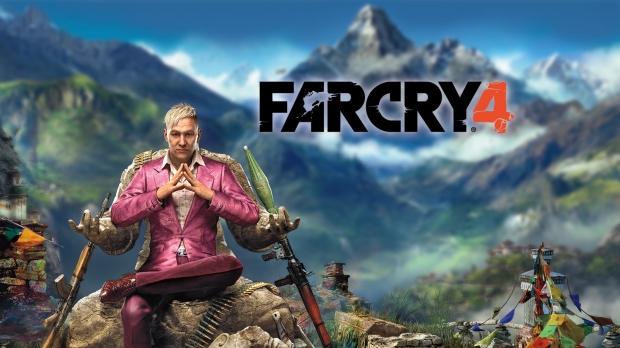 Just Cause 3 screenshots leaked from the Xbox One version 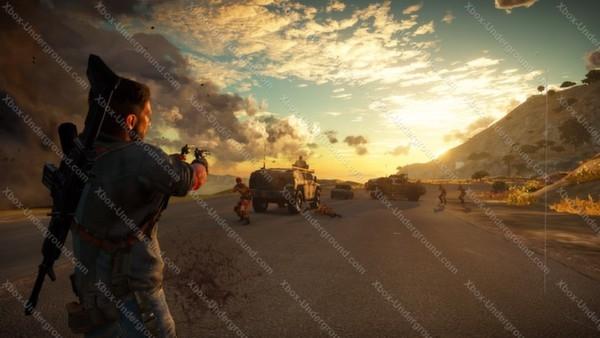 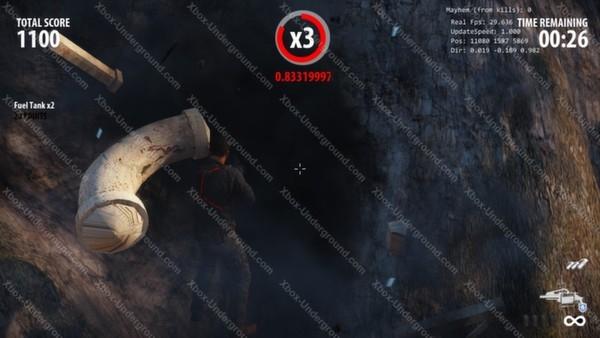 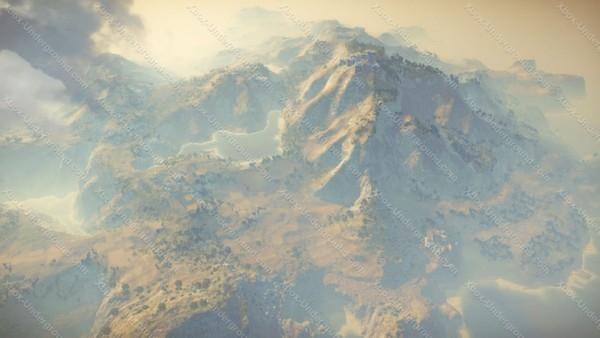 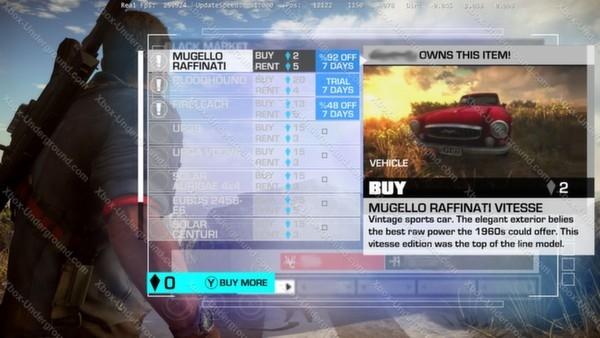 Continue reading: Just Cause 3 screenshots leaked from the Xbox One version (full post) 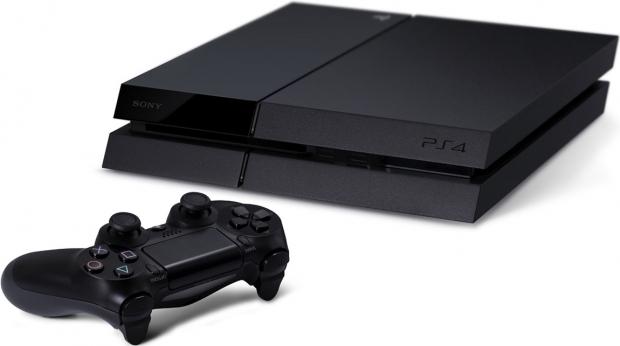