Ubisoft promises Far Cry 4 on PS4, Xbox One is equal to high-end PC

Come on, Ubisoft - the Internet and PC community is still rabid about Watch Dogs being gimped on PC, but now promising something once again for your other big title coming soon - Far Cry 4? 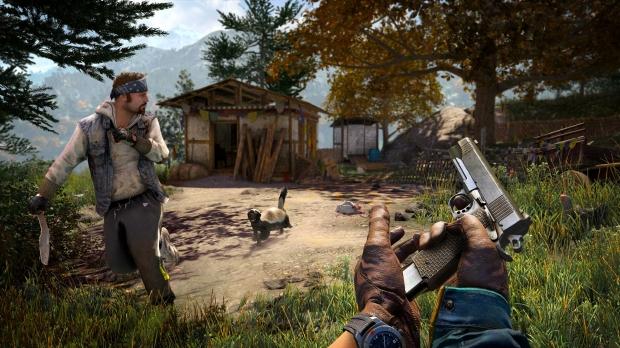 Well, Ubisoft has said that Far Cry 4 on the PS4 and Xbox One will be equal to that of the PC version set on Ultra High settings. This means that Far Cry 4 won't look that great (for a big budget, AAA title released in 2014 on next-gen platforms) or the PC version will be gimped, like Watch Dogs was most obviously.

Far Cry 4's Creative Director, Alex Hutchinson, talked with Major Nelson on his latest podcast, talking about the differences between current- and next-gen consoles. Hutchinson also talked about showing off how beautiful Far Cry 4 is on both next-gen consoles, and PCs, where he said: "We want the gameplay experience to be the same on all platforms so we're leaning on technical differences. Everything you see, whether it's the fur on the animals, the grass on the ground or the leaves on the trees. All these things are bumped up a huge amount in the next gen version".

We were one of the first media to post about Ubisoft deceiving gamers with the PC version to one of its biggest launches ever, Watch Dogs. There has been a mod created which makes the game look like it did back when it was first shown off at E3 2012. 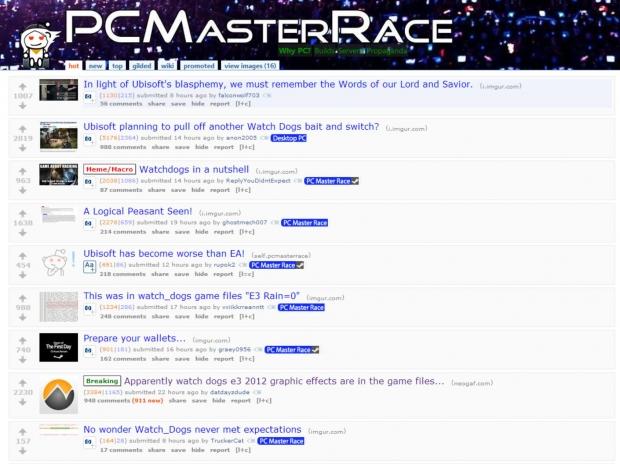 Since then, we've seen Watch Dogs look worse when it was better shown in 2013, and then the delay was announced - pushing it over 6 months from its original launch date. There were obvious problems with the development of Watch Dogs, but why would Ubisoft hold back much more advanced graphics when compared to consoles and even next-gen consoles.

If you visit Reddit right now, and visit /r/pcmasterrace, you'll see some very disgruntled PC gamers - and rightly so. PC gamers seem to have been robbed by shafted.

It looks like Ubisoft gimped Watch Dogs on PC deliberately

Jibbed has posted on the NeoGAF forums, saying that "The Worse," who is the creator of the mod for Watch Dogs, has seen some huge improvements and locked away goodies within Ubisoft's open-world hacking title. He has discovered that Ubisoft has left "almost all of the shaders and improvements seen in 2012 and 2013 are still in the game files, such as the e3 2012 explosions". The mod, as it stands right now, includes some huge improvements, such as: 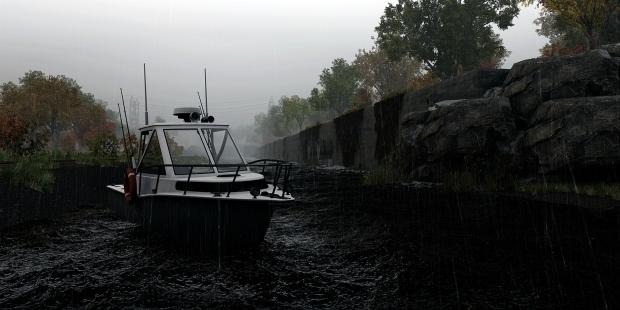 I think we're about to see a huge explosion on the Internet about this - on one hand, this is amazing for PC gamers - on the other hand, it would seem that Ubisoft deliberately gimped Watch Dogs on PC for what reason exactly? More sales on consoles? To not see the PC version look undeniably better than next-gen consoles? No matter the reason, this will not end well for Ubisoft - but it will end well for gamers, who can expect Watch Dogs to look even better.

We've already entered the world of 8K gaming thanks to Crysis being hacked to run at the insanely high resolution, but now someone has taken a screenshot of Mass Effect 3 running at 8K, or 7680x4320. 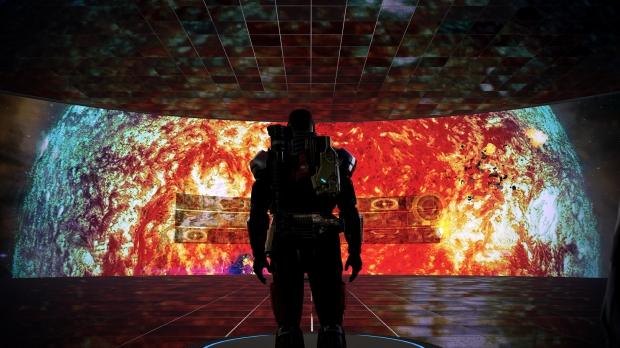 7680x4320 sounds like a lot - and it is - it is 16 times the amount of pixels that Full HD pumps out at 1920x1080 - and nearly infinitely more than what next-gen consoles seem to be doing lately with their 792p or 900p gaming. Whatever game throws 8K at me, bring it - now we need some truly next-generation GPUs to drive these insane resolutions. I think we're edging close to a world where 8-12GB of VRAM will become the norm, and I for one, cannot wait.

A full gallery of Mass Effect 3 run at 8K can be viewed right here.

E3 2014 - Most gamers think the world of Skyrim is absolutely huge, but behind closed doors at E3 2014, Square Enix was showing off something much, much bigger, with what they're calling "Project Flare". 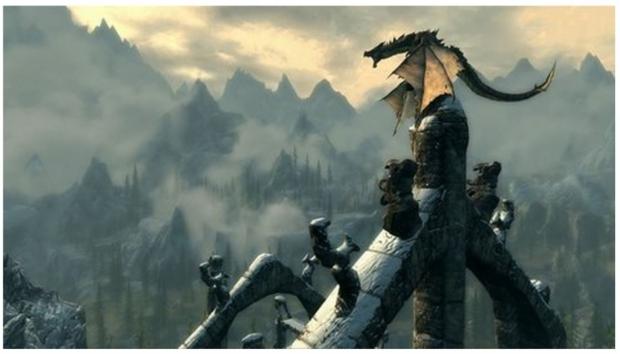 Project Flare is cloud gaming technology, which uses supercomputers as servers to produce gaming world's that simply aren't capable on consoles, or regular PCs. Square Enix said that what they were showing off to Polygon was "not representative of a final product," with the demo showing off a huge forested world that could be explored quite quickly from a bird's eye point of view, or much slower through the perspective of a little creature.

Square Enix said that the full world map shown off was 32 kilometers by 32 kilometers - a mind-blowing 17x the size of Skyrim. Better yet, none of this was being streamed into the computer, it was being fully rendered, in full detail, across the entire gigantic game world - this included over 600,000 trees, hundreds of packs of creatures, hills, mountains, and much more.

We now know that Grand Theft Auto V is coming to next-gen consoles and PCs, but what will the limitless technology in PCs be capable of playing GTA V at? Well, Rockstar has outlined some of the improvements to GTA V on PC on a blog post about the game. 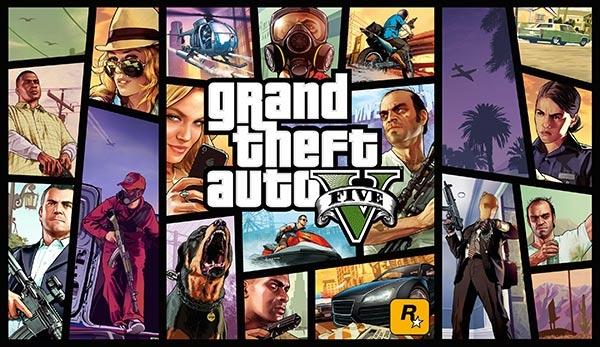 The studio said that Grand Theft Auto V for PC will have "across-the-board graphical and technical improvements to deliver a stunning new level of detail. Increased draw distances, finer texture details, denser traffic, and enhanced resolutions". Not only that, but next-gen console owners and PC gamers can also expect "new wildlife, upgraded weather and damage effects, and an array of new details to discover".

Rockstar has teased GTA V on Steam, where it also promises that the PC version of the massively popular game will be "packed with layers of new detail" that will also include "all new content and gameplay created and released since the launch of Grand Theft Auto Online including new Jobs, an arsenal of new weapons, scores of new vehicles, new properties and player customizations". PC gamers will also be excited to hear that they will receive an exclusive video editor designed for "advanced movie making".

Alien: Isolation's trailer has it all, click the pre-order button now

E3 2014 - RUN. This is what the trailer to Alien: Isolation tells you to do, and I think once you're in the game, it's going to be something you'll be doing for most of it - running, away from the Xenomorph hunting you down.

If you haven't heard about Alien: Isolation until now, here is what you need to know: you play Ellen Ripley's daughter (Ellen was played by Sigourney Weaver in the various Alien movies) Amanda. Amanda faces down the Xenomorph that her mother eventually gets pitted up again, but Amanda is on a ship, in the dark, seemingly alone.

The video's description teases: "As Amanda, you will navigate through an increasingly volatile world as you find yourself confronted on all sides by a panicked, desperate population and an unpredictable, ruthless Alien. Underpowered and underprepared, you must scavenge resources, improvise solutions and use your wits, not just to succeed in your mission, but to simply stay alive". The best part about Alien: Isolation, for me at least, is that it now supports the Oculus Rift. This has made it a day-one purchase - something it was already - but even more so now. Alien: Isolation launches on October 7 for PlayStation 3, PlayStation 4, Xbox 360, Xbox One and PC.

The trailer to No Man's Sky will take your breath away

E3 2014 - Until now you have probably never heard of No Man's Sky, but today, we're going to introduce you. No Man's Sky is a totally different type of things, where the game has virtually no limits, whatsoever. No Man Sky will launch "console-first" on the PS4, without a release date right now. Check out the trailer below:

What you're seeing here is Hello Games' next release, which pits No Man's Sky in an infinite universe that is created by procedural generation. In the trailer that is embedded above, the player is exploring a very alien world that you can see is filled with varying, wonderful creatures. The player then jumps into a spacecraft, takes off from the planet, shoots at and explodes a few space rocks, flies into another planet's atmosphere - seeing the land of this next planet, took my breath away. I haven't had a game do that in quite some time.

Hello Games' founder Sean Murray explains: "One of the things we wanted to put across is that No Man's Sky is a game without limits. That mountain in the distance is a real place you can visit. So is that planet. And that star". Since Murray first showed off No Man's Sky, he has said that his team has added "hundreds of new procedural systems that have made the universe explode with new alien creatures, amazing geological formations and vegetation patterns, pirates and wingmen".

Continue reading: The trailer to No Man's Sky will take your breath away (full post)

E3 2014 - After months of teasing, Sony has made it official: Uncharted 4: A Thief's End will reach the PlayStation 4 next year. Uncharted 4 will see an older Nathan Drake than what we're used to, with "The Thief's End" possibly seeing an end to Drake's adventures.

The video describes: "Several years after his last adventure, retired fortune hunter, Nathan Drake, is forced back into the world of thieves. With the stakes much more personal, Drake embarks on a globe-trotting journey in pursuit of a historical conspiracy behind a fabled pirate treasure. His greatest adventure will test his physical limits, his resolve, and ultimately what he's willing to sacrifice to save the ones he loves".

Naughty Dog says that Uncharted 4 will be running at 1080p with 60FPS, with Drake's character featuring twice the polygons that Joel had in The Last of Us. The video above was footage all from the PS4, captured "completely in engine" according to Naughty Dog.

Continue reading: Uncharted 4: A Thief's End will hit the PlayStation 4 in 2015 (full post)

E3 2014 - Ubisoft is dominating E3 2014 this year, with Far Cry 4, Rainbow Six: Siege and now a truly next-gen title in Assassin's Creed: Unity. The studio showed off quite a few trailers to the game, with a cinematic trailer for your viewing pleasure below.

Below, we have some actual gameplay footage, which is a better indication of how it will look and play to gamers.

It looks quite incredible, a huge jump technologically from the previous Assassin's Creed games. This is thanks to Ubisoft not having to scale the game down to previous generation consoles, better harnessing the extra grunt found in the PS4 and Xbox One. Assassin's Creed: Unity will launch on October 28 for next-gen consoles and PC, which will include four-player cooperative play, which should be a blast!