RumorTT: Thief 4 built on the Unreal Engine 3, has online play 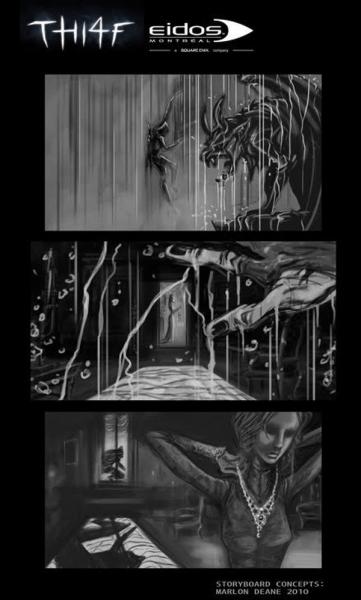 Mass Effect 3 won't be available on Steam, snuggles up to Origin, though 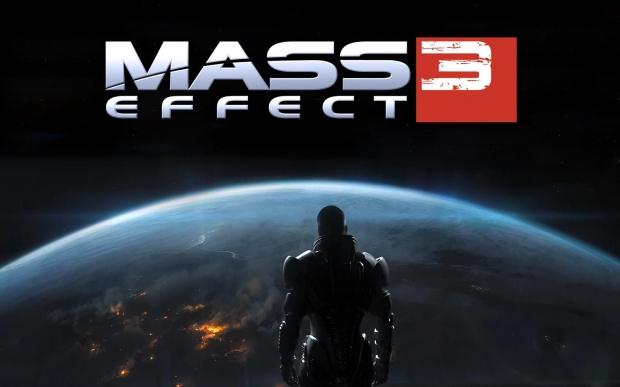 Continue reading: Mass Effect 3 won't be available on Steam, snuggles up to Origin, though (full post)

Another game, another PC kick in the nads. Syndicate, from Starbreeze Studios and EA, arrives next month and to tie you over, they've released a four-player co-op demo. The Syndicate preview allows you and up to three of your friends to play one of the game's nine co-op missions (called "Western Europe") in its entirety with an objective to infiltrate a rival syndicate, Cayman Global.

The mission requires you to take out a Colonel, take some technology blueprints and force his people back across the Atlantic. The demo is available for a limited time starting this month and will be made available on the Xbox Live Marketplace (for gold members only) and the PlayStation Network. No word on whether there'll be a PC version.

Remedy seem to be working on a "groundbreaking AAA console project"

It seems as though Remedy are working on a new AAA title, with a job advertisement on their official website listing: 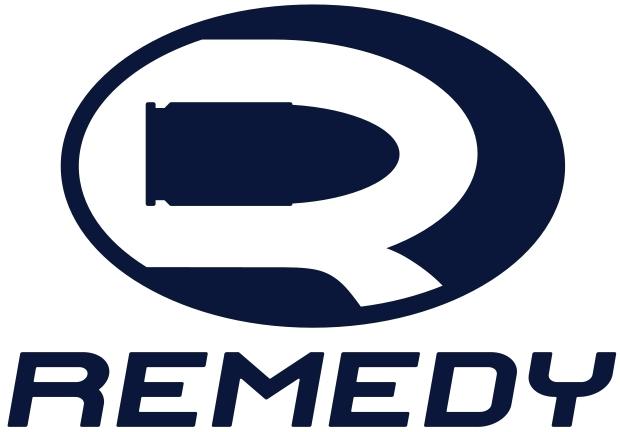 Remedy Entertainment, the creator of Max Payne and Alan Wake, and one of the leading independent game studios in the world is now looking for a Gameplay/AI Programmer for a groundbreaking AAA console project.

We want your help in taking our artificial intelligence, character & enemy behavior to the next level. You will be working on the next iteration of Remedy's in-house engine that was previously used in Alan Wake and Alan Wake's American Nightmare.

It would seem as though, from that advertisement, that this new project isn't just Alan Wake DLC, but an entirely new project. One of the best bits of that is they're after an "AI Programmer", which could be interesting to see how it fleshes out over time. The ad goes onto say that Remedy is looking for "[e]xperience on AI algorithms related to, for example, path finding, obstacle avoidance, decision making, group cooperation or planning". It seems as though this new AAA console game might be shared with another co-operative AI player.

We could see an Alan Wake sequel, but I would be pushing toward a new IP. As new information comes out, you can be rest assured we'll be here to deliver it.

Futuremark confirm Unstoppable Gorg release date, price and it will now be available on Apple Mac's

Futuremark Game Studio have just confirmed the release date and pricing for the PC and iPad versions of their upcoming orbital tower defense game, Unstoppable Gorg. In case you've forgotten what Futuremark's Unstoppable Gorg is all about, check out the gameplay trailer below.

Futuermark also announced that there is a previously unannounced version coming out, appearing on Apple Mac-based systems. On top of the newly announced Mac version, Unstoppable Gorg will be released on PC, XBLA, and the iPad. Futuremark Game Studio also announced today that Unstoppable Gorg will be released as a Steam Play title, which will let users buy it just once and play it on both the Mac and PC.

To be released on the App Store Thursday January 19, 2012

Diablo 3 is coming to consoles

Diablo 3 hitting the consoles has been a rumor for quite a while now, and unfortunately, that rumor is now fact. Blizzard admitted last year that they were experimenting with a console version of Diablo 3, but according to a tweet from a Blizzard community manager, Diablo 3 on consoles is all but confirmed. 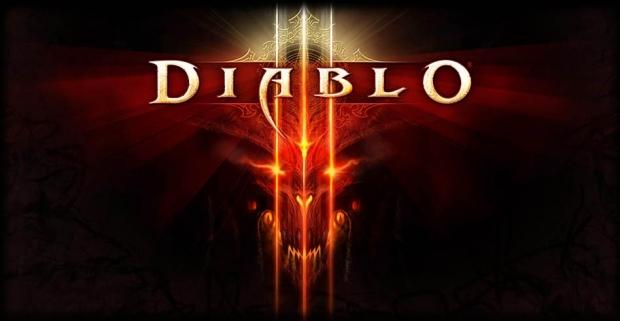 A fan on Twitter asked "can you confirm or deny Diablo 3 coming to consoles?" with community manager "Bashiok" responding with "Yup. Josh Mosqueira is lead designer for the Diablo 3 console project". No more details or specifics were unveiled.

Now that news, I don't mind. As long as the game isn't like all other multi-platform releases where the PC controls suffer because of the slow movement of console controllers, and the slow response time of TVs, etc. But when Blizzard first revealed they were looking at bringing RPGs to consoles, director Jay Wilson actually said the game felt better in some ways with a controller, as opposed to a mouse and keyboard.

I've just moved house, and as most of you would know its hectic. The thing I hate the most? I haven't had any time to play Battlefield 3. Radeon HD 7970s are out, and it feels like they're here with a sole purpose to tease me. Like a lingerie model dancing in front of you and your hands have been cut off, you know what I mean? 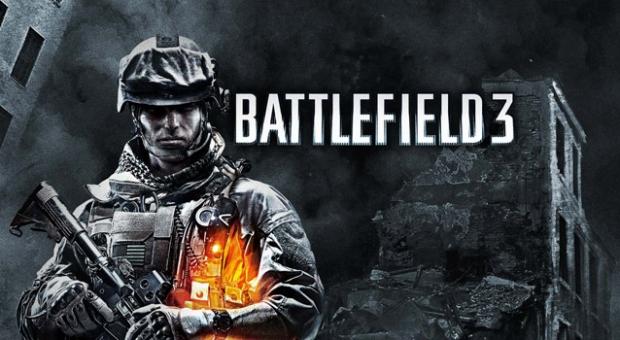 Well, DICE's Alan Kertz has now come out and given some more information on a forthcoming Battlefield 3 update, and has had the following to say when asked the questions below, I've put his answers in bold.

- When asked if sniper rifles would be getting a fix in terms of their red dont/holo inaccuracy when trying to aim down sights: "Indeed"

- When asked if the game could get an RPG rocket that fired at real-life speed but with realist inaccuracy: "Generally I try to stay away from inaccuracy as a balance mechanic."

- When asked if there is any chance of the Support class getting Heavy Barrel option like in the beta: "Maybe on the clip based weapons. It would be an interesting choice for them."

CES 2012: Mad Catz have just introduced a very interesting looking console controller. Enter the Mad Catz officially-licensed Major League Gaming (MLG) Pro Circuit controller for the Xbox 360. How is this different to any other controllers, you ask? Well, Mad Catz teamed up with Major League Gaming for one, and second, they engineered a high-end Xbox 360 gaming controller that must be not just seen, but used in order to appreciate. 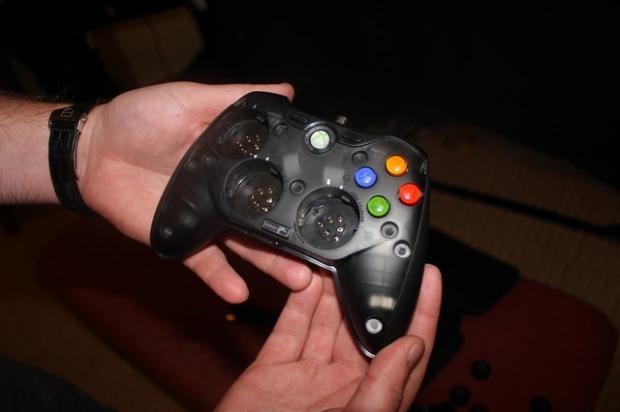 It sports slip-deterring rubberized grips, a robust braided cable, and just looks beautiful. One thing that Mad Catz have changed up is that the directional pad and thumb sticks are, wait for it, modular. You can rip these puppies out and swap them around! If you like your Xbox 360-style controller, keep it as is. If you like the PlayStation 3-style (where the thumb sticks are side-by-side), then pull them out and change it. Feel like a cool kid? Well, keep it custom and do it your own way. 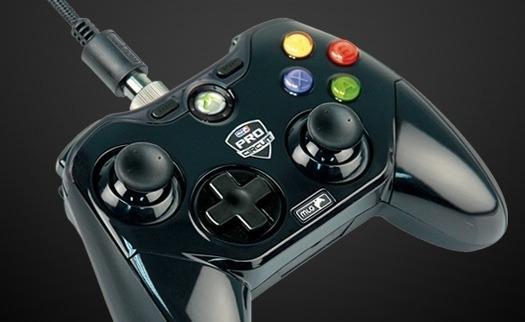 CES 2012: We RumorTT'd about this a few days ago, but speaking at a "roundtable with reporters" at CES, Sony's Kaz Hirai answered a question about the possibility of the PlayStation 4 being shown off at E3 later this year. Hirai said:

Andy (House) is absolutely right in that we are not making any announcements at E3. I've always said a 10-year life cycle for PS3, and there is no reason to go away from that.

Now, I'd like to go on record and call BS on this statement of a "10-year cycle", and at least bet we'll see a PS4 before the PS3 has been out for 10 years. Also, wouldn't it be perfect to pretend to let your guard down "hey guys, we're not teasing the PS4 at E3", while Sony are sitting there waiting for Microsoft to either unveil a new console, or hold off expecting Sony to not have anything.

Not only are new consoles needed because the current-gen consoles are ageing (we're in a Full HD era playing sub-HD games at sub-30fps), but Nintendo will catch up and even surpass them in terms of technological capabilities when the Wii U launches. What a slap in the face to the "HD gaming era" we supposedly entered. Sony and Microsoft need less than 5-year cycles, considering the tech pace smartphones and tablets are jumping at.

Continue reading: Sony's Kaz Hirai says that the PlayStation 4 will not be at E3 2012 (full post)

As a huge, huge fan of original two Max Payne games, I can't help but think this is pure marketing speech here, but I have my fingers crossed anyway. VG247 had a quick quote from Remedy Entertainment's Oskari Hakkinen praising Rockstar's work on the new entry into the Max Payne series, Max Payne 3. 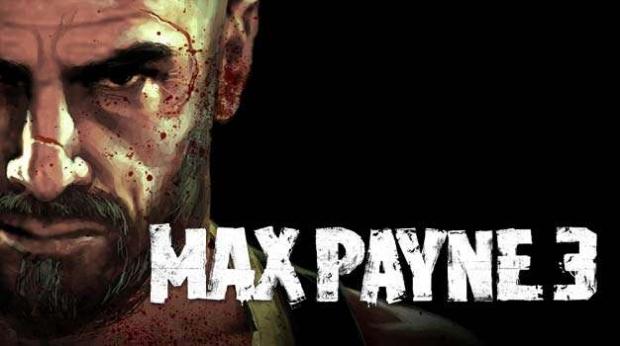 Rockstar threw a copy of Max Payne 3 over the Remedy, who made the original two games, to see if it lived up to the franchise, where Remedy said:

We've been blessed with being able to actually see the game and give some feedback. We've been meeting with Rockstar and looking at Max 3 - it looks absolutely phenomenal - the nice thing is we've been giving our feeling on the game but at the end of the day we don't have to do any of the heavy lifting, which is nice. Rockstar don't make bad games, so you already know it's going to be good. Just like we hope the Remedy brand is a seal of quality, you know that Rockstar's brand is a seal of quality. It's been nice to be part of the process, but we don't want to take any of the limelight. From what we've seen it's going to be absolutely fantastic.