The latest and most important Drones news - Page 3.

Back in August, Domino's Pizza began testing drove delivery in New Zealand. In partnership with delivery company Flirtey, today it made its first official delivery in the region: a peri-peri chicken pizza and a cranberry pizza to a couple in Whangaparaoa, 25km north of Auckland. The food was received at 11:19am with an impressive delivery time of under two minutes. 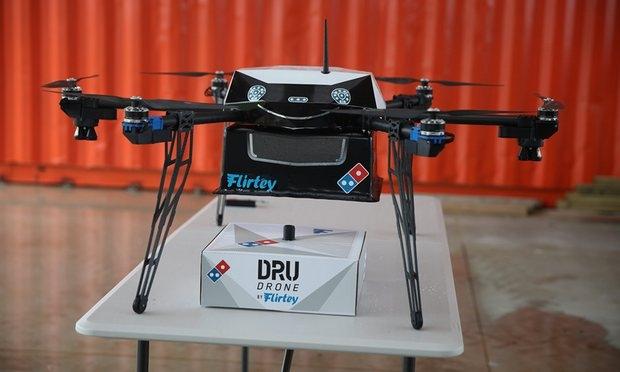 The drone utilizes GPS to find its way and was controlled by a team of experts, including a certified drone pilot.

Flirty is said to be planning on bringing drone delivery to the US. Assuming continued success, it seems inevitable.

GoPro's $799 Karma drone has been recalled after a "very small number" of units were found to randomly lose power during operation. No injuries or property damage have been reported, but presumably GoPro wants to get ahead of the issue (or is required to). 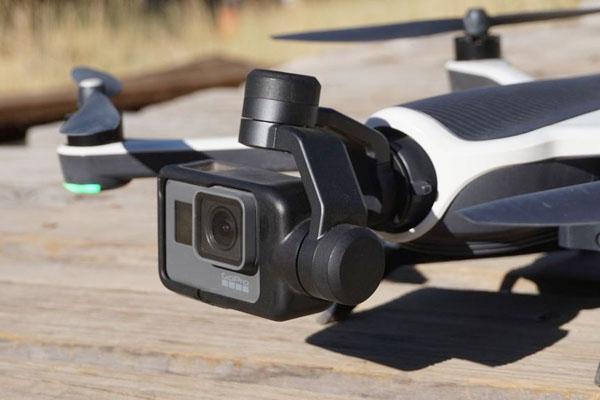 All 2,500 units are estimated to have been sold since October 23. If you're one of the buyers, you can return them to GoPro or at whichever retailer you purchased from for a full refund. If you want an exchange for a fixed model, you'll need to wait until the matter is resolved.

"We are working in close coordination with both the US Consumer Product Safety Commission and Federal Aviation Administration," said GoPro CEO Nick Woodman. "We are very sorry to have inconvenienced our customers and we are taking every step to make the return and refund process as easy as possible."

GoPro's first drone is the foldable Karma for $799

GoPro announced its new Hero5 Black action camera alongside their first ever drone, with the upcoming foldable Karma drone priced at $799.

The new GoPro Karma features a 3-axis stabilizer that slides out from under the drone, and attaches to a handheld "Karma Group" so that you can record stabilized footage on the ground, as well.

GoPro is offering a more expensive $1,099 bundle that includes the Hero5 Black camera, but if you only want the new Hero5 Session the bundle drops to $999. Karma also includes a slick-looking gaming-like controller, sporting a built-in touchscreen with GoPro CEO and founder Nick Woodman proudly saying that Karma is "more than just a drone", and with these specs and features - he's right.

Domino's Pizza is about to begin testing drone delivery, starting in New Zealand, where aviation laws passed this month allow for such a service. Parterning with drone company Flirtey, the plan is to launch the service to the public later this year, marking the first commercial drone delivery service worldwide. 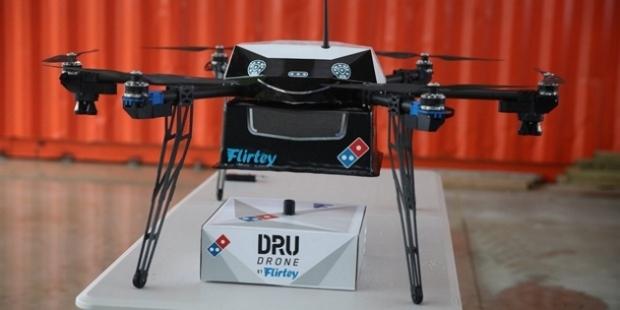 "With the increased number of deliveries we make each year, we were faced with the challenge of ensuring our delivery times continue to decrease and that we strive to offer our customers new and progressive ways of ordering from us," says Domino's Group chief executive and managing director, Don Meij. "Research into different delivery methods led us to Flirtey. Their success within the airborne delivery space has been impressive and it's something we have wanted to offer our customers."

Hover Camera drone follows you around, can be folded

If you've ever wanted a portable robot buddy, the Hover Camera is pretty close. Combining foldable functionality as well as "follow me" functionality, the compact drone will go wherever you go whether he's on or off. It's not quite pocket sized, but will fit into a backpack or messenger bag very easily.

The Hover Camera is also very safe as its propellers are enclosed by a carbon fiber frame, so you can grab it like you would a toy.

Continue reading: Hover Camera drone follows you around, can be folded (full post)

The Australia Post is currently testing drones for small package delivery. Assuming all goes well, they will be used to test home delivery later in 2016. 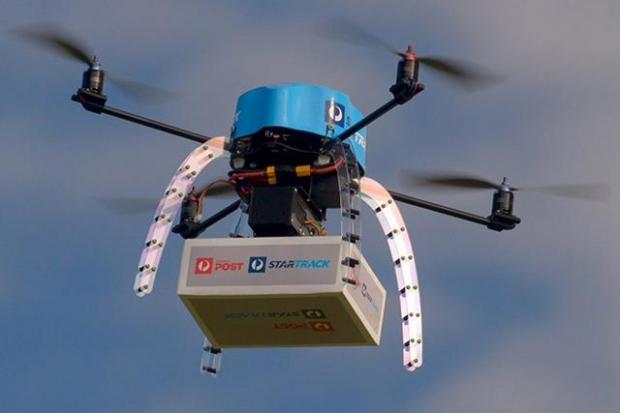 The company -- the first of its kind to test this kind of thing, beating Google's plan by some margin -- believes the drones will mean quicker delivery, including for imperative items like medication.

It's said the testing will be rigorous as it's carried out over the next few months. The Post's goal is to to determine exactly what the drones can deliver, how far it can deliver it, and how customers will receive their goods.

A drone versus the McLaren 650s supercar is one serious battle

Set as an advertisement for the upcoming World Drone Prix set to kick off in Dubai, the marketing team for this event has released an awesome video depicting a race between a drone and the McLaren 650s supercar.

Spotted on Gizmodo, we're told that a straight line drag race between these vehicles would be a fruitless venture, but the twists and turns of a drone race actually gives this remote controlled 'rocket' a chance.

This isn't me telling you that travelling to work at over 100mph by drone is going to be the next best thing, but it's something cool to think about at least. If you're a little short on cash and can't pick up a McLaren 650s as your Sunday driver, maybe a pocket rocket drone is more up your alley.

Continue reading: A drone versus the McLaren 650s supercar is one serious battle (full post)

So what exactly goes on at Area 51 in the Nevada desert these days? Well, we're no closer to the truth, but thanks to one incredibly ballsy drone pilot, we've got some new views over some of the world's most restricted airspace.

Pilot Hans Faulkner sent his drone up over a number of locations at the secretive base, North West Gate, and the Groom Lake from South Gate - a historically significant site which served as the airspace for some of the experimental aircraft and which the pilot uploaded to his YouTube channel.

Faulkner described the spot as "very difficult to move around" and that "white trucks follow us and hide when we record them". My hat's off to you, Hans.

Drones have become popular and cheap enough that their misuse and subsequent danger -- like when obstructing an air ambulance from landing -- is becoming a problem for Dutch police. Though they are investigating conventional methods to deal with it, they are also electing to train eagles to identify and capture them.

To this end, the "Politie Nederland" are teaming up with Guard From Above, a company that trains raptors. It's entirely possible things will go smoothly, as eagles are formidable birds of prey that already take down drones on their own, as well as handgliders, going so far as to take bites out of them afterward. Small drones seem fine, but larger ones could pose serious harm to the birds, so the impact on claws and a protection system and are being investigated by GFA (we're going to go ahead and assume it'll end up something like this).

Droners might have to get insurance, leave your info after an accident

There are two bills sitting in the California State legislature that could change the future of drones in that state, and probably beyond. These laws, if they pass, would require you to register with the state, have a tiny physical or electronic license plate and have insurance for damage to property and for hurting people too. 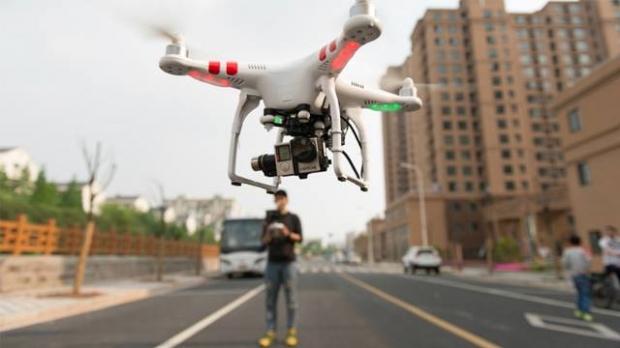 The first bill is is just a requirement for a small amount of property and personal insurance should injuries or damage accidentally occurs. It might even eventually evolve as a natural extension of auto insurance, though in this case it's a small policy bought at the point you bought the drone. That bill also requires GPS enabled drones to have an auto shut-off feature enabled that'll shut drones down when they approach airports. A necessary function, unfortunately.

The second bill wants to help curb future hit and run type accidents, with a state registration system similar to what we already have for cars. This would also require pilots to leave their information, much as with a car accident, in a conspicuous place after the fact, or face legal consequences. This should help place more responsibility on the drone pilot themselves.