The latest and most important Apps news - Page 6.

It has been a bit over a year since Valve released their dedicated desktop chatting service under their Steam umbrella. Now the company has brought out an official messaging app. 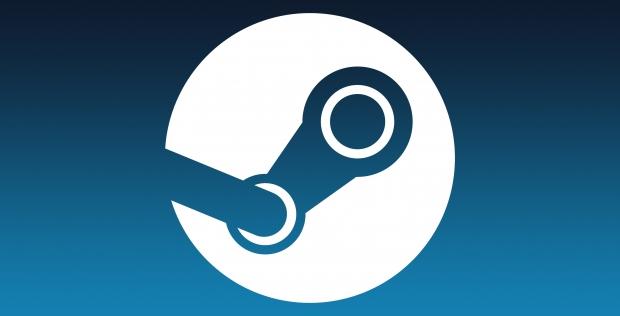 The new app has already been made available on both Android and iOS, and comes under the title of 'Steam Chat.' As expected, the app encompasses everything that was included within the desktop version of Steam Chat but instead aims to be much more accessible for the user.

Since Valve are moving more into communication and a better user experience across their Steam platform, it will be interesting to see if they can develop a service that would be good enough to pull gamers from communication programs such as TeamSpeak or Discord. It could be possible that Valve are aiming to spit out the ultimate communication platform that will render these programs obsolete, and keep Steam users on their platform. 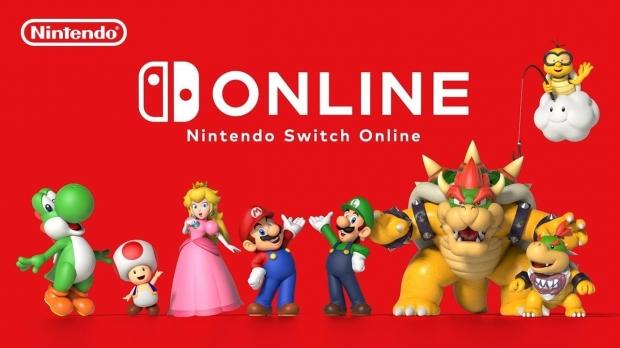 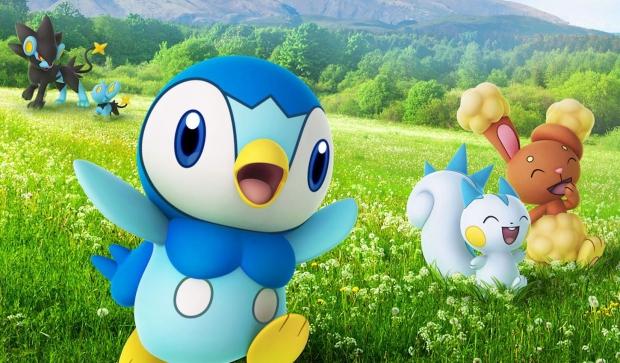 How to turn on Facebook Messenger 'Dark Mode' feature

Facebook has followed in the steps of Twitter as the company has issued out a brand new 'Dark Mode' to its global communications app 'Messenger'. The new mode can be activated by any user and here is how.

Can you find Messenger's new dark mode? Hint: it comes out under a crescent moon 🌙. pic.twitter.com/FZxKAyA5ox

Facebook has snuck in the 'Dark Mode' feature in the latest update of the Messenger app, the new feature can be activated by users that are both on Android and iOS devices. Here is how to do it; all you have to do is send the crescent 'moon' emoji in a chat with either yourself or someone else and the app will respond with "You found Dark Mode!" Below will be a short-cut for turning dark mode on in the settings, selecting that option you take you to the Messenger settings where you will have to select that you want dark mode to be on.

After these steps are done the app should appear black. Some users have reported the app not converting straight away, but this can be fixed with a quick restart of either the phone or the app. Facebook brought this new feature to Messenger as apart of the Messenger 4 updates, which detailed the dark mode in the 'personal' section. Other aspects of the update can be viewed here. Facebook commented on the roll out of the 'dark mode' in a blogpost, saying "We're over the moon to share that dark mode for Messenger is finally making its debut. One of the most highly anticipated features from the launch of Messenger 4, dark mode is a sleek new look that goes easy on the eyes by switching the background from white to black."

There is no doubt that within this day and age that everyone who is using mobile messaging apps regrets some things that they have said to other people. Users never had the ability to delete this messages, but now they can. 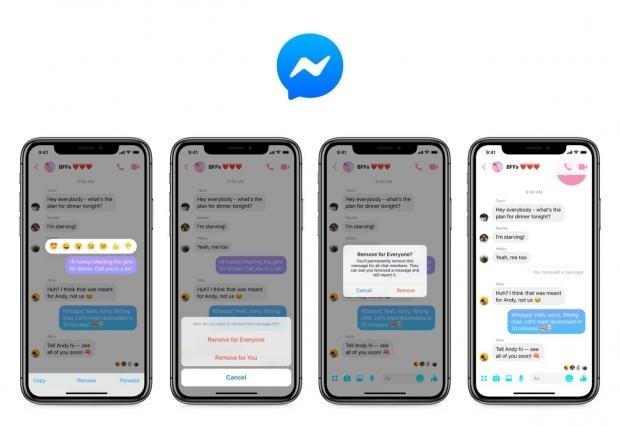 Until today, users on Facebook Messenger never had the ability to delete or edit sent messages via their app. Facebook actually previously rejected the idea of allowing users to remove or edit their personal sent messages, but now it seems their tune has changed on the topic. Perhaps the reconsideration for the option being available to the public came after Facebook's CEO, Mark Zuckerberg was caught removing messages from his personal messenger account.

Users on both iOS and Android will now have the ability to delete messages within 10 minutes after its being sent. If you desire to delete messages that have been sent longer than 10 minutes ago, there could be a way around it. Users could attempt changing the date and time within their phone after clearing the app data, this could make the Messenger app think that those messages were sent only 10 minutes ago which in turn could allow for the 'delete' option to be available.

Later in 2019 Breaking Bad fans will be gifted with their very own mobile strategy game from Plamee. The game will feature elements from the TV and of course the spread of main characters. 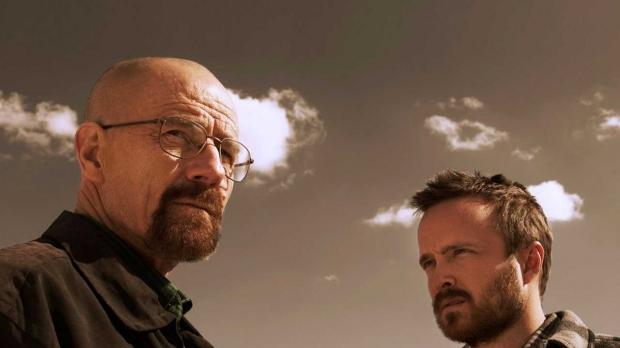 Breaking Bad being one the most critically-acclaimed television shows ever created will soon be getting its very own mobile strategy game. As expected, the mobile strategy game will put players in the shoes of Walter White and creation of his meth empire. Players will have to grow the empire while also making difficult decisions that will impact the game.

The mobile app will be created by game developer Plamee Games and published by FTX Games and has been titled Breaking Bad: Criminal Elements. A recent statement from Breaking Bad's Creative Lead, Vince Gilligan says "[FTX Games] care as much about the details as our creative team, and I have been very impressed with their commitment to building an authentic extension of the series' story universe. I think this will be a fun experience for fans, to interact with characters from Breaking Bad in a completely new way." Unfortunately, gameplay and a release date for Criminal Elements has not been disclosed as of yet. At the moment all we have to go off of is the broad 2019 release window.

No doubt one of the most popular apps on both iOS and Android is any of the Candy Crush Saga games, this extreme popularity has generated King a collective yearly revenue of around $1.5+ billion for 2018. 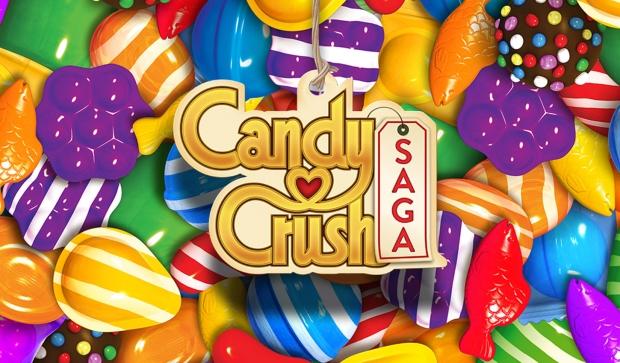 According to Sensor Tower Store Intelligence, Candy Crush saw average player spending increase by about 6.5% in 2018 when compared to the previous year. When combining both the sales from the App Store and the Google Play Store, King managed to rake in a staggering $1.5+ billion in revenue, which equates to about $4.2 million per day.

Surprisingly though, the original Candy Crush that was released back in 2012 was the main contributing factor towards that $1.5 billion, pulling in $945 million - 63%. Candy Crush Soda Saga followed marginally behind with $443 million, or about 29%. The three year old Candy Crush Jelly Saga came next, equating to about $90 million of the $1.5 billion - or a minuscule 6%. The Candy Crush games aren't slowing down either, in 2018 King released Candy Crush Friends Saga which manged to generate $3 million by 2018's end and was also the second most downloaded game in the franchise with over 30 million installs.

Jagex's re-release of RuneScape has proven to be more than popular with the release of the mobile version of the game. Old School RuneScape mobile has officially reached 5 million downloads. 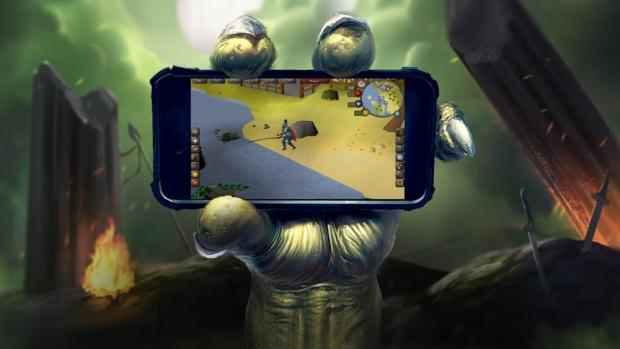 Throughout the year of 2018, Old School RuneScape has had their player-base flourish. The re-rolled servers have attracted more and more new and old players, so many that the 2008 record of most paid memberships at was broken in 2018. "The franchise has been growing consistently for five years, and we've seen a surge of further community growth with the move to mobile." says Jagex boss, Phil Mansell.

With the now available Old School RuneScape Mobile, players that want to take their experience gains portable, now have the luxury of doing so. The app is available on both the iOS and Google Play Store and when combining the download amounts from both of those available platforms, the app has seen a massive 5 million downloads in total.

The release of Old School RuneScape Mobile has gone underway and a result of the launch has caused the ancient MMORPG to reach over 100,000 players concurrent.

It's time for the global release of #OSRSMobile!https://t.co/FcvyNRoqMJ

(If on a mobile device you'll go to the App Store or Google Play Store. If you're on desktop you'll go to our launch site)

...and yes, Winter 2017 has been the longest Winter yet 🥶 pic.twitter.com/fgTZXxOvgw

At the beginning of the month, I gave a detailed breakdown of RuneScape for both new and old players. The re-introduction covered how the game works, the history behind the re-rolled servers, what RuneScape is exactly, RuneScape Mobile and much more. Within that post, I mentioned that even though RuneScape is a very old, the game still manages to achieve around 60,000 - 80,000 concurrent players, now that Old School RuneScape Mobile has launched that number has risen to 100,000.

Niantic's Pokemon GO is far from dead, so if you thought that you are sadly mistaken as the Pokemon catching frenzy app has just had its highest month in revenue since November 2017. 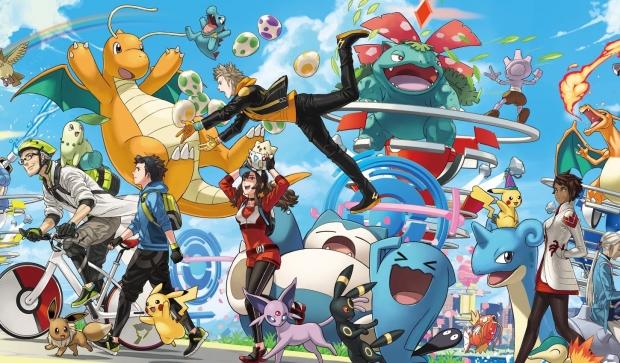 Sensor Tower has reported that Niantic's Pokemon GO has had both massive achievements in revenue earnings and downloads for the month of September. According to Sensor Tower, Pokemon GO grossed a massive $85 million in revenue over September, making it the most grossed month in terms of revenue since November of 2017.

Since August, Pokemon GO has had a month-over-month increase of about 15%, meaning that when put into a year-over-year metric the hit app has a whopping 89% increase when compared to September 2017. Moving onto to downloads now, over September the AR app came in with a massive 8.86 million downloads worldwide, making it the biggest month in 2018 for downloads so far. From the birthing of Pokemon GO to the recent moment, the app has grossed a revenue of $2.01 billion worldwide, with 522 million downloads.