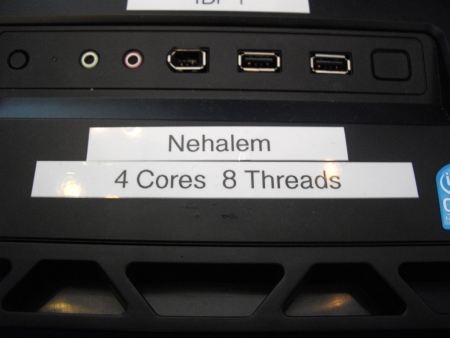 The tests put an Intel Core i7 processor running at a hidden clock speed but PCGH reckon it is operating at around 3.2GHz since it was being compared side to side against a Core 2 Extreme QX6850 operating at 3GHz and an old Pentium EE 955 operating at 3.46GHz.

The Nehalem system had all four cores working with Hyper-Threading enabled providing a total of eight threads for the system to use to render a MPEG 720p 30FPS video as quickly as possible. 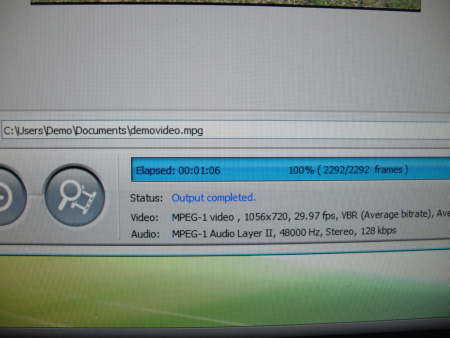 Of course Intel are only going to show performance demos to the public and press where their new part manages to kick ass and to no surprise, Nehalem does really well. It managed to beat out the Core 2 Extreme QX6850 by almost 40 seconds and kills the older Pentium EE 955 by a staggering six minutes and 22 seconds.

Check out more of the details over here.