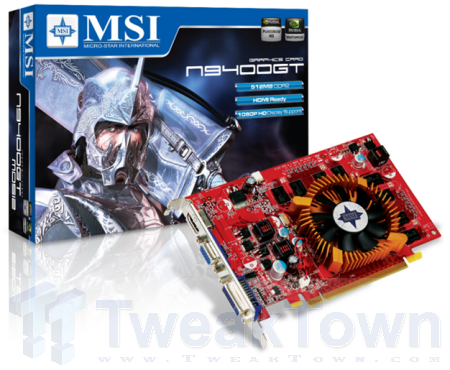 MSI sent us through some details of two 9400GT cards that it will begin selling next week - one has 512MB (N9400GT-MD512H) of onboard memory and the other only 256MB (N9400GT-MD256H). The 512MB model includes a small cooling fan and the 256MB model is silent with a rather large black heatsink covering about half of the card.

MSI reckons that the 9400GT will offer two times the performance of the previous generation GeForce 8400GS chip - wait... this GPU is not just a rebadged job? Wow. This GPU also gets NVIDIA CUDA and PhysX support not that the latter will be that useful unless gaming in around an 800 x 600 resolution or so is your type of thing. 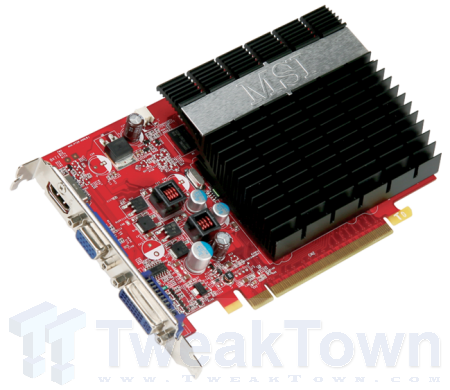 On a more serious note, MSI is adding HDMI output to both its 9400GT models in addition to a single DVI and VGA port. For somebody looking at buying a basic graphics card for their HTPC, this might be the card to buy for users on a tight budget.

There was no word though if there is HDMI 1.3 support which is a requirement for outing HD audio from Blu-ray discs such as Dolby TrueHD and DTS-HD Master Audio.