Firstly, courtesy of TechConnect Magazine, we have some images of one of MSI's R700 SKUs. 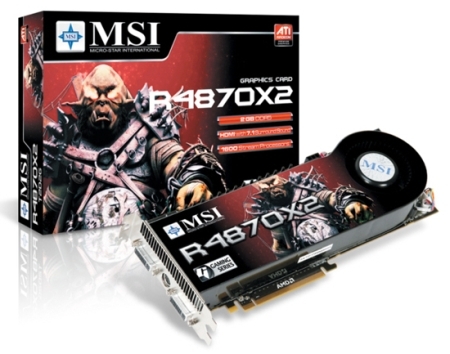 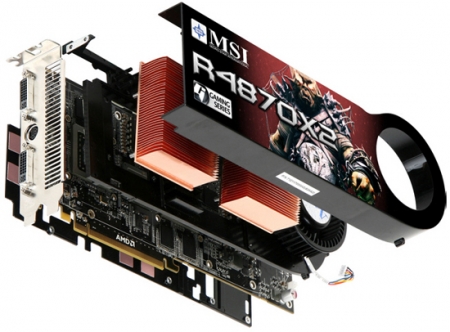 The first image depicts some enthralling imagery on the card itself, whilst the second is especially of interest, giving a perspective of the cooling solution components, in relation to the PCB itself.

MSI is, apparently, launching not only an iteration of the HD 4870 X2 with GPU/Memory clocks set at 750 MHz and 900 MHz (QDR), respectively, but also an SKU which boasts a factory overclock, in respect of GPU speed, to 780 MHz. Both parts will, as expected, feature 2 GB of GDDR5 memory.

Moving on, PowerColor's HD 4870 X2, not wanting to be left behind, has also decided to volunteer for a sneak peak. 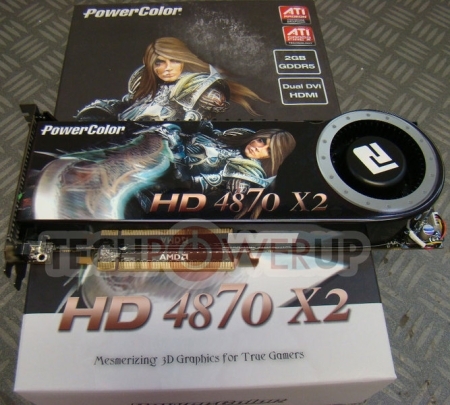 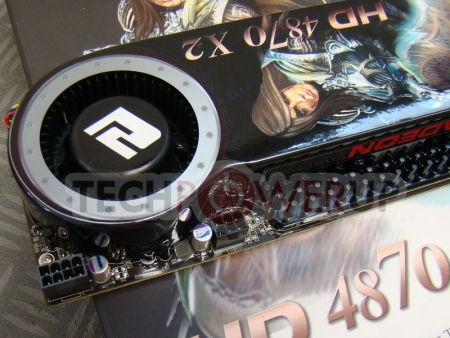 PowerColor, too, goes for some intimidating imagery which conjures up a visual indication of the HD 4870 X2's prowess. The second image, gives prominence to the fuel required to thrust the R700 into the limelight and we can see components of the cooling solution, peeking through.

We will bring you more on the HD 4870 X2, as sources become available.
Newsletter Subscription