We reported on a Sapphire HD 4850 part, bragging 1 GB of GDDR3 memory onboard, only for it to be leapfrogged by a 2 GB PowerColor iteration, raining on its parade.

Yet, it bodes well that some product differentiation is appearing within the ranks. Sapphire's 'Toxic' branding is lending its glamorous name to yet another, HD 4850 SKU aiming to break out of the box. These images from Fudzilla, show it doing just that: 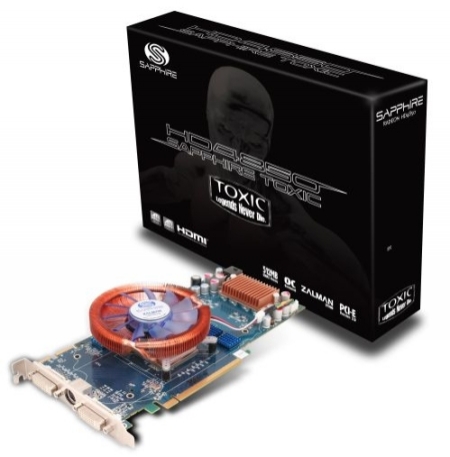 Old favourite, Zalman, has been drafted in to provide the cooling solution for the part, with the company's VF900-Cu apparently accepting the duty eagerly, despite the apparent (possible) encumbrance of being a dual slot solution. 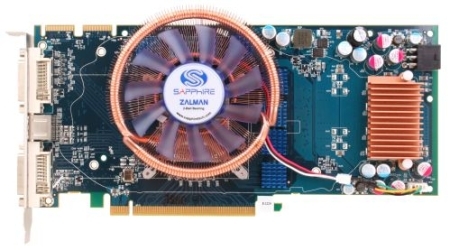 A factory-set overclock is to be expected, of course, yet details were not forthcoming at the time of going to press. Sapphire's deeper shade of blue is all the rage at the moment and, makes a reappearance on the Toxic SKU too.

All in all, we look forward to seeing what the net result of AIB creativity will be when the HD 4870 gets its full opportunity to shine. AIBs will, undoubtedly, be eager to harness the HD 4870's power in their own distinctive style.
Newsletter Subscription