The Creative ZEN X-Fi, by accounts, perhaps leaves innovation fighting for a back seat and isn't, necessarily, a revolutionary step upwards from Creative's current ZEN line-up.

However, peering beneath the surface, Creative's X-Fi branding contributes more than just its name, by adding Crystallizer and Expand effects to the mix.

Take into account improved rated battery life (audio equalling 36 hours, up from 30 hours) together, with built-in Wi-Fi technology, to allow not only wireless streaming, but also instant messaging support via Windows Live Messenger or Yahoo! and, the ZEN X-Fi has, perhaps, better prospects. 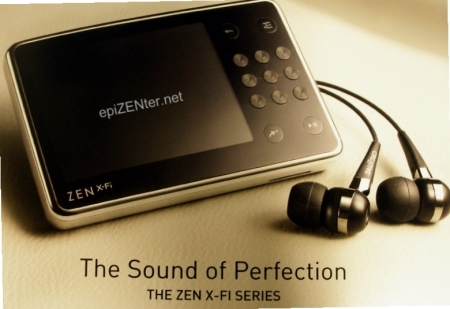 Still, with consumers having been enraptured by the large touch screens boasted by Apple's iPod touch, perhaps Creative's next revolutionary steps will have to take the form of strides.

There may be an interesting divide between functionality and usability, but with Creative's history of releasing several iterations of one branding, there may be some surprises in store for the future.
Newsletter Subscription