All NewsBusiness, Financial & LegalCases, Cooling & PSUContests & GiveawaysCPU, APU & ChipsetsDealsDisplays & ProjectorsGamingMotherboardsScience, Space & RoboticsStorageVideo CardsVirtual & Augmented Reality
All ReviewsAll ArticlesAudio, Sound & SpeakersCases, Cooling & PSUCPUs, Chipsets & SoCsComputer SystemsDisplays & ProjectorsGamingMotherboardsNetworkingPeripheralsStorageVideo Cards
GuidesGamingAsk the ExpertsNewsletterAboutForums
RTX 4090Windows 11Halo InfiniteBattlefield 2042Elon MuskGTA 6RTX 3080HDMI 2.1
TRENDING NOW: Real-life doomsday comet hits New York City in prank video for Netflix
Motherboards
COMPUTEX TAIPEI 2008 For my first meeting of 2008 I was invited to the GIGABYTE suite in Taipei 101 and what a view from the 36th floor but being the computer geek I am the sight from within was even better. 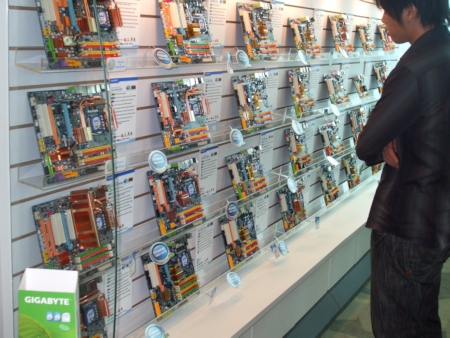 On entering the suite we were greeted with all of GIGABYTE's new and up and coming boards. 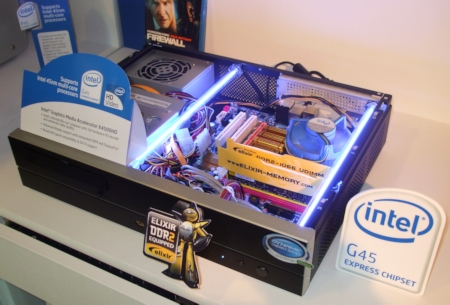 First on the tour was a G45 based system. This little beauty was playing Blu-ray movies through the integrated graphics. 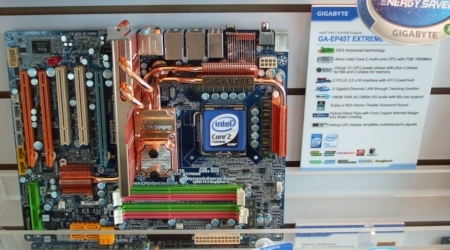 For the elite users the EP45-Extreme comes equipped with three PCI Express graphics card slots, DDR3 memory as well as a hybrid water cooling for the mosfets, NB and SB. 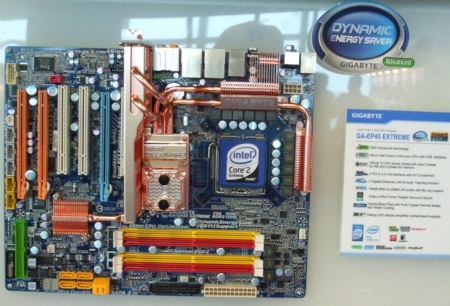 If you're not keen on getting DDR3, there is a DDR2 version. 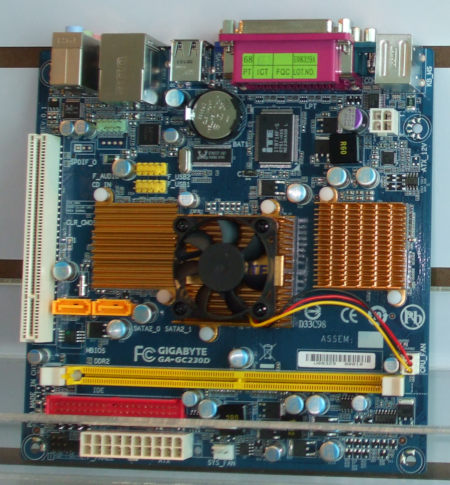 With Atom launching today, GIGABYTE's GA-GC230D Atom powered motherboard was on display. We are really looking forward to getting this one in for review. 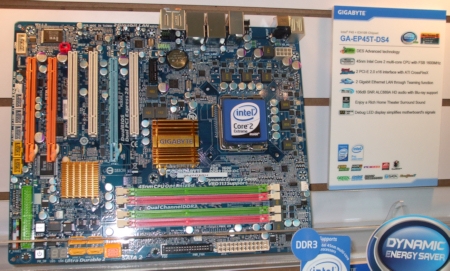 GIGABYTE was only showing one AMD board at its suite, but what a board, based on the new AMD 790GX chipset with Hybrid Graphics support. 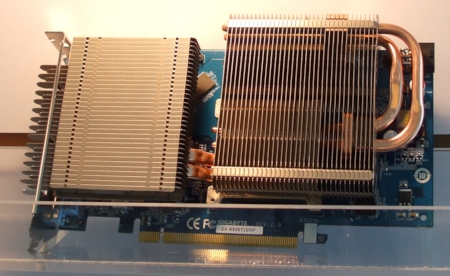 As for graphics cards, the only really exciting part (apart from the new ATI graphics card we couldn't photograph due to NDA) was a 9600GT based board is a new three heat core passive cooler onboard.
Newsletter Subscription