It has just been released in Taipei at Intel's 4 Series press conference, so we are free to spill the beans here.

They demonstrated a system behind closed doors with a Blu-ray drive attached and it was playing back "Across the Universe. We can confirm it was playing back at 1080p using the AVC codec at 30Mbit (and Dolby TrueHD audio at around 2.5Mbit) and we monitored CPU usage on screen as at points it dropped as low as 18%. 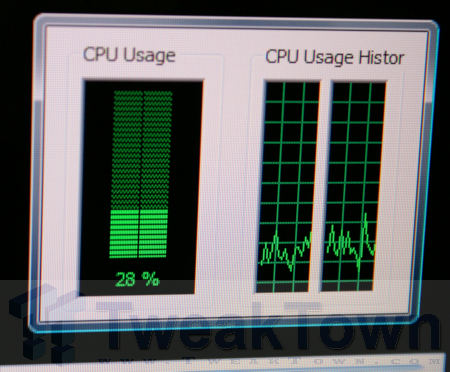 Normally it was hovering around 30% but that is very decent. It goes a long way to seeing how much work Intel has put into it G45 chipset for this type of usage. Of course which such low CPU usage, the IGP is doing much of the work with its hardware acceleration and leaves plenty of CPU cycles free and naturally provides a smooth playback. 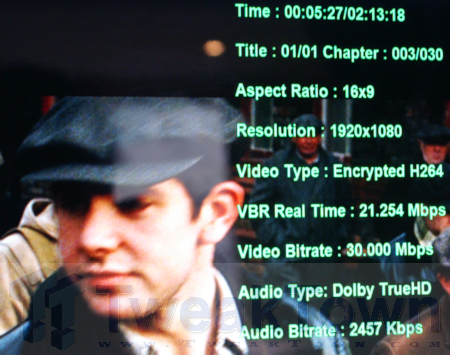 If this demo system is anything to go by, it looks like I'll be upgrading my aging G965 based HTPC sometime soon. There was a surprise inside the test system once it was opened up for our cameras but we will cover that just shortly.