Case is in quotation marks as we are not entirely sure if you can call it a case - it is something totally unique.

Purpose built for DIY users (such as hardware reviewers) and LAN party gamers, the Skeleton and Skeleton Mini bring a new meaning to casing and enclosures.

You'll notice atop of the full sized ATX version is a massive 250mm 3 speed multi-color LED fan and it has a total of eight drive bays (2 x 5.25" and 6 x 3.5" - two drive bays under the mobo tray and four on the sides of the unit). The Mini-ITX version called the Mini Skeleton will ship with a 180 watt external power brick and it has 5 drive bays (1 x 5.25" for optical drive and 4 x 2.5" HDD bays on the side of the unit). Atop of it is a smaller 150mm TriCool 3 speed fan. The fan speeds are adjustable by a switch near the fan that works well and you can even change the fan LED color.

Here are some pictures... 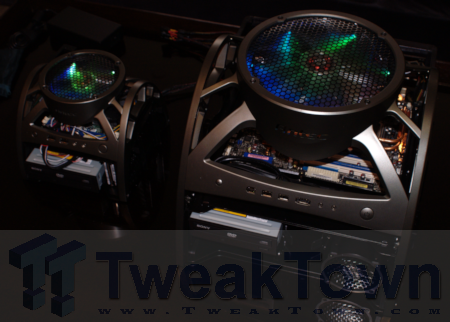 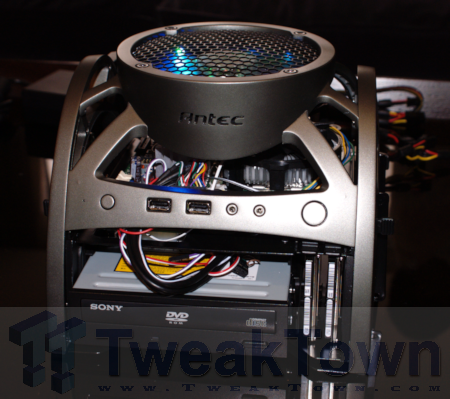 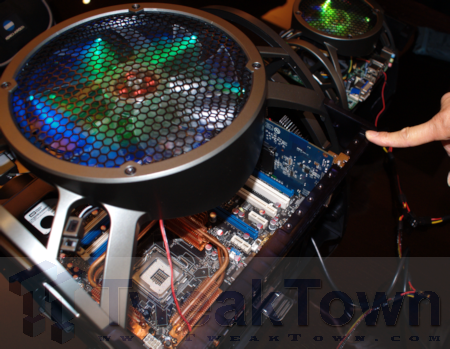 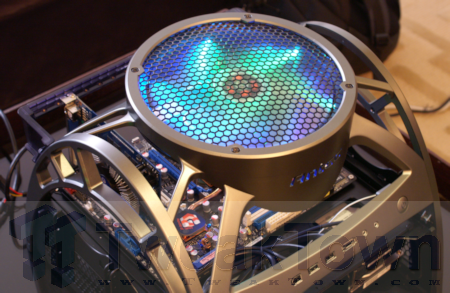 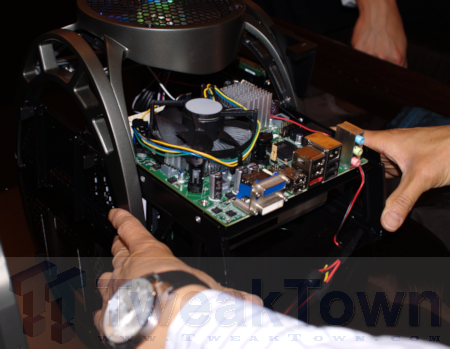 Antec also was showing off a range of other products including a stack of fancy cases and what got us interested was a non-standard ATX power supplies, including an 850-watt model. 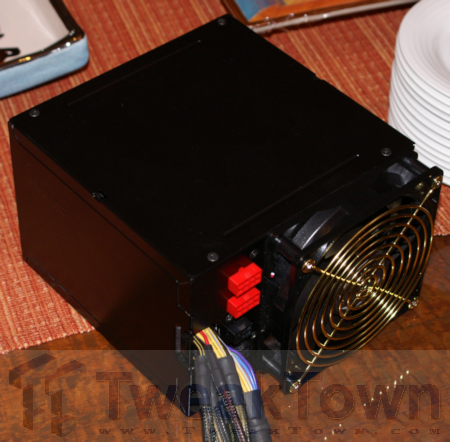 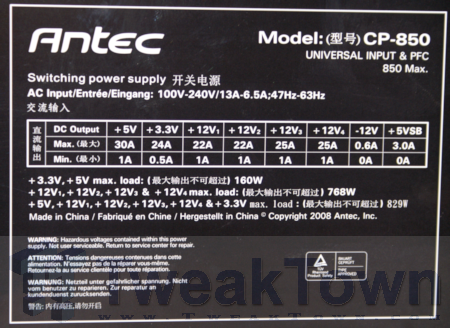 They should say should sell for about the same price as a 650-watt model because it is easier for them to design and produce. Since it is non-standard ATX, you'll also need an Antec case for it to fit into.