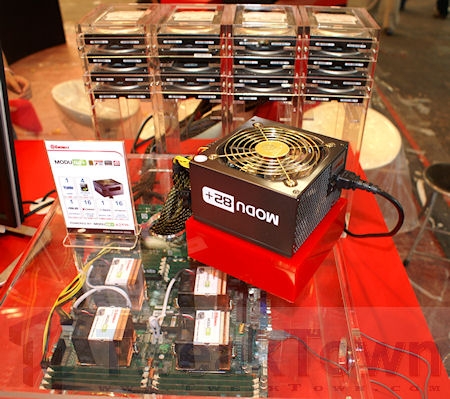 Enermax was pushing its line of 82+ power supplies and one 625-watt model was powering a server based system that you would normally think you would need a 1000+ watt PSU to operate. 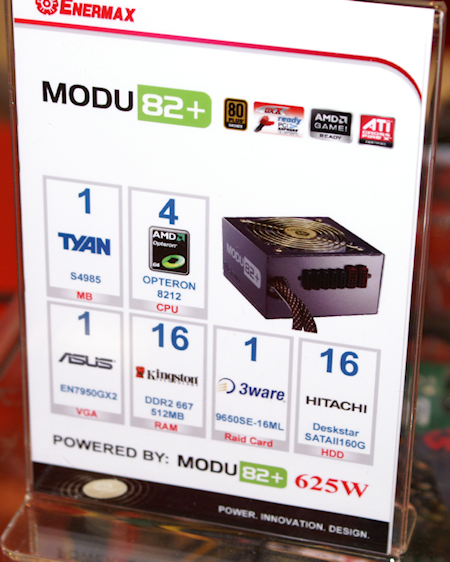 With an amazing 82% efficiency, there is less power loss with the conversation, so you don't need such a large power supply.