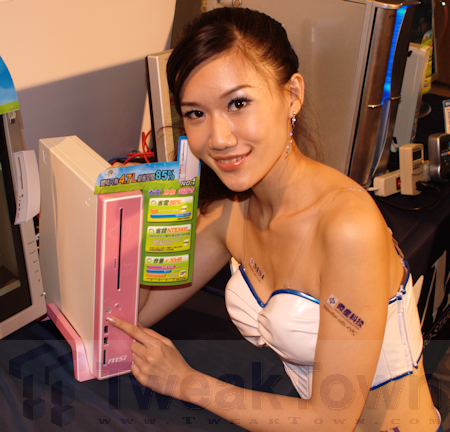 As far as specifications go, we can tell you that models we saw on display in Taipei this afternoon were using a new Intel CPU, 1GB DDR2-533 memory, 160GB SATA hard disk drive, Gigabit Ethernet, DVD combo drive and 65-watt power adapter. 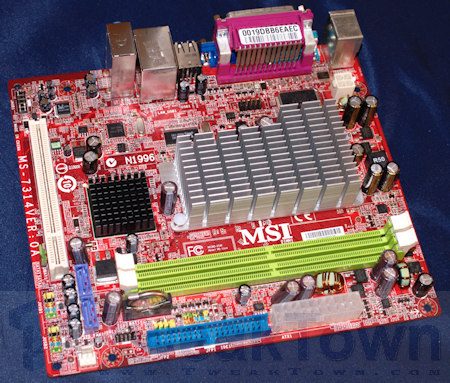 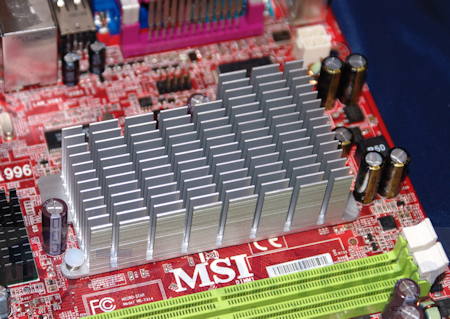 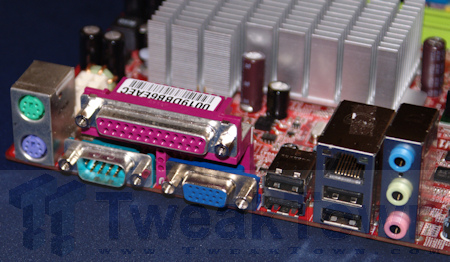 MSI WIND PC desktops are powered by their Micro-ATX based MS-7314 Wind Board motherboard which is passively cooled with a large aluminum heatsink covering the Northbridge and CPU. The board is nothing special with normal capacitors (not Japanese made solid capacitors), two DIMM slots for a total of 2GB memory in dual channel mode, two SATA-II ports for HDD and DVD combo drive, one PCI slot which could be used for an old sound card or TV tuner and finally an IDE port which could be used for an old hard disk drive for additional storage space. 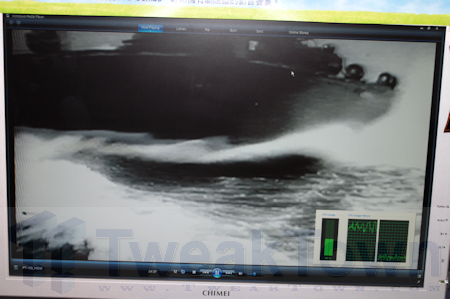 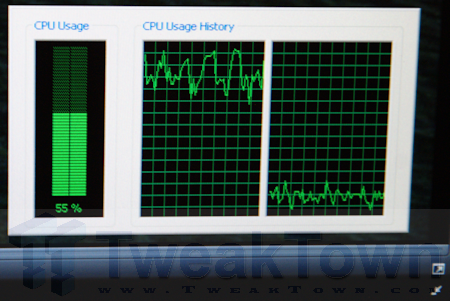 MSI was demonstrating the WIND PC playing back 720p video and it managed to do it fairly smoothly for the most part. As you can see from the pictures it was using up around 45 - 55% CPU for video playback. When asked if it is powerful enough to playback 1080p video, MSI said that WIND PC is not ready for 1080p video at the moment but didn't rule it out for newer and faster models in the future.

As far as power consumption goes, it excels with flying colors. For starters it has gained Energy Star 4.0 compliance which not many computers can claim at this stage and in the demo MSI was showing, it was using just 30 watts of power with a 1.6GHz processor - we were told that the MSI WIND PC will use no more than 35 watts. It was compared side by side with a full sized desktop PC (we didn't get the specs but we'll assume it was a gaming PC) that was chewing up a total of 242 watts of power. MSI said during its presentation that if you switched over to a WIND PC from a regular desktop computer that you could save $3900 NTD (or $134 USD) per year on electricity bill in Taiwan.

MSI had many WIND PCs on display in varying colors and styles. Take a look for yourself... 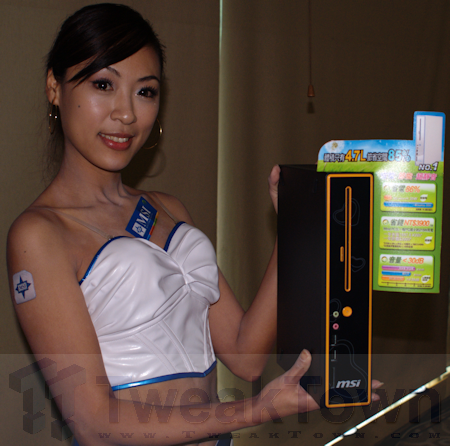 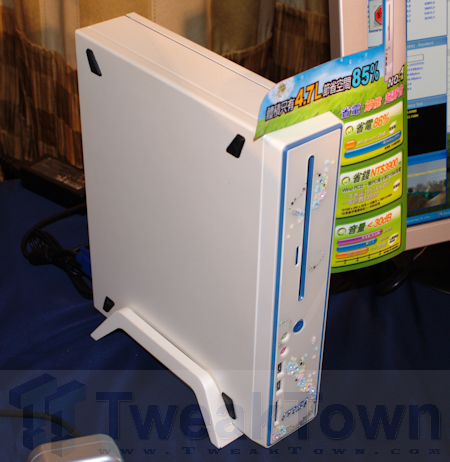 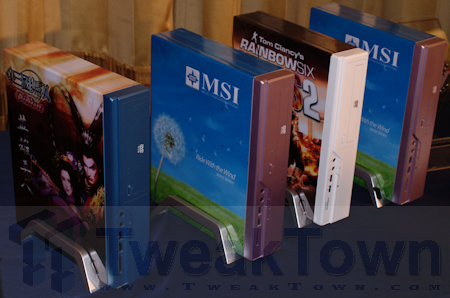 More coming up a little later!